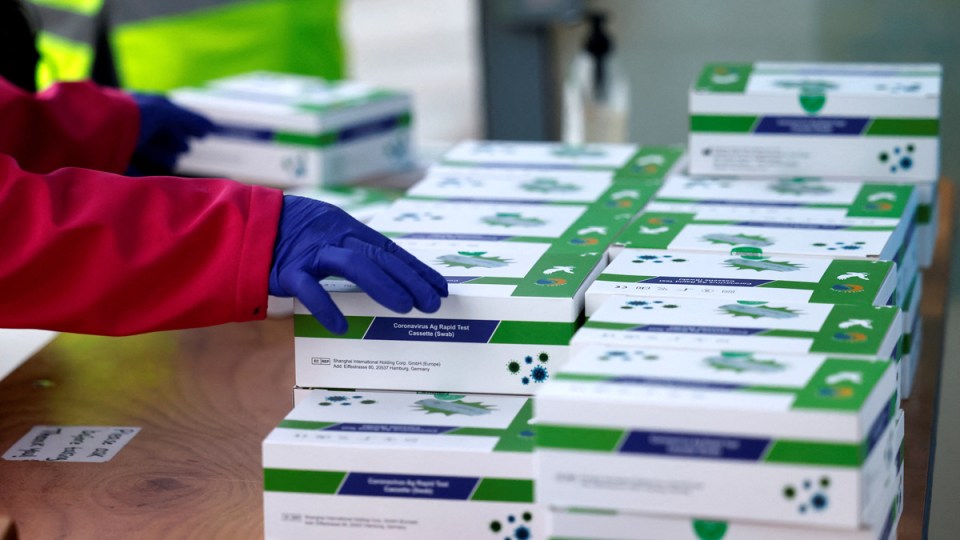 Four rapid antigen test kits (RATs) have been withdrawn from sale – three of them voluntarily – as the Therapeutic Goods Administration conducts a review into the compliance of manufacturers to provide ongoing data supporting their efficacy.

It’s been widely reported, including by The New Daily, that the four were removed from shelves by the TGA.

The RATs that are no longer available are CovClear by Medi-Stats, NowCheck by Life Bioscience, COVIFIND by Safe Interact, and.BD Veritor System for Rapid Detection from Becton, Dickinson.

Becton, Dickinson, in an email to The New Daily, said it had voluntarily withdrawn the kit as a commercial decision.

The company said it “did not want to incur the costs associated with additional clinical data being required to provide additional evidence that it worked as intended on variants of SARS-CoV-2”.

How many different test kits are there?

There are 97 tests – 45 of them available in pharmacists and supermarkets – being analysed by the Doherty Institute in a review commissioned by the Therapeutic Goods Administration.

The review is a collaboration with the National Serology Reference Laboratory.

“The purpose of the review is to determine if tests have been impacted by the current known variants of SARS-CoV-2, with ongoing activity to assess their ability to detect emerging variants,” the TGA says in a statement released this week.

When variants of the virus emerge from mutations in the SARS-CoV-2 virus, the structure of the expressed viral protein may change – and may become undetectable.

The review has been slow going because of the complexity involved in assessing the performance of RATs against the Delta and Omicron variants “when compared to the sensitivity of the kit to the original strain of the SARS-CoV-2”.

But it has also been hampered by an alleged lack of co-operation from some manufacturers.

Test manufacturers are required to submit data to the TGA from ongoing monitoring to “ensure their tests are not impacted by the variants of the virus”.

Last month, the TGA said a number of manufacturers were being investigated for serial non-compliance.

One sponsor, Hough Pharma, had already been issued with eight fines totalling $106,560 for allegedly failing to provide information related to the safety and performance of three COVID-19 rapid antigen tests.

Hough Pharma was also alleged to have failed in providing adequate customer support.

The company has denied the allegations.

A matter of contention

In January, then prime minister Scott Morrison announced that RAT tests could be used by GPs to confirm diagnoses.

The Royal College of Pathologists of Australasia wasn’t happy. They argued that PCR tests were the only reliable test that doctors could count on.

The college warned that three in 100 positive results and seven in 100 negative results would be false.

It’s worth noting that pathology companies recorded massive profits from COVID-19 testing, with each PCR test attracting a Medicare rebate of $85.

However, pathology labs were swamped and couldn’t keep up, hence the move to RATs.

How many test kits are proven reliable?

According to a table published by the TGA, 16 of 97 tests have in recent weeks been found to be compliant with WHO requirements.

Three weeks ago there were reportedly only three endorsed as sensitive to the Delta and Omicron variants.

For others, check out the TGA table here.

The TGA review is ongoing.

RAT kits taken off the market amid ongoing TGA review