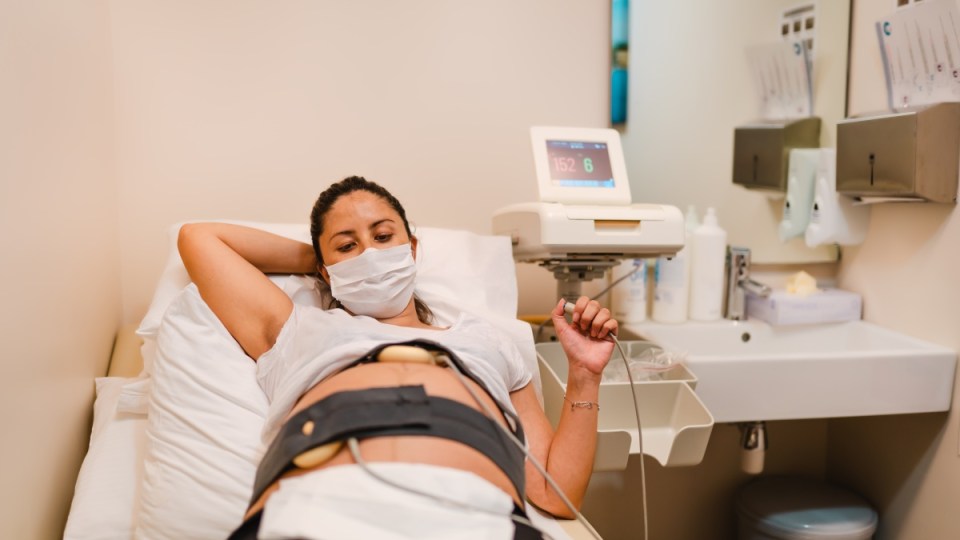 Research into COVID-19's impact on pregnancy has been mixed. Photo: Getty

One of the ongoing causes of COVID-related anxiety is its impact on pregnancy and the potential for pre-term birth.

Studies are all over the shop, but some trends are emerging.

Last month, research from the University College London suggested that women infected with COVID-19 during their first trimester of pregnancy are more likely to have an early miscarriage.

In May, University of British Columbia researchers found that infected pregnant women may have been ‘‘at significantly increased risk for pre-term birth compared with their uninfected peers’’.

These researchers found that 98 per cent of women infected were unvaccinated.

They also found that most of the infections occurred well into the second half of the pregnancies, suggesting that COVID-associated pre-term births arrived later in the pregnancy, when they were more likely to survive.

This finding was echoed in a new study out of Israel that closely looked at risk of pre-term birth in each trimester.

Researchers from the Kahn-Sagol-Maccabi Research and Innovation Centre used data from Maccabi Healthcare Services in Israel to match 2753 women who were infected during pregnancy with 2753 women without reported COVID infections.

This may be a consequence of pregnant women having a dip in their immunity as pregnancy increasingly draws on the body’s resources.

It may also explain why the researchers found no statistically significant association between infection in the first and second trimesters and the increased risk of pre-term birth.

The study of more than 5000 pregnant women is one of the first to look at pregnancy outcomes for COVID patients by trimester.

Because of the increased risk of pre-term birth in women infected during late pregnancy, ‘‘the researchers suggest that during their third trimester, and particularly after 34 weeks of gestation, women should be advised to distance and wear masks to reduce risk of infection’’.

Lockdowns are assumed to be a thing of the past.

But consider this: A Queensland study published in June found a link between lockdown and a reduction in the prevalence of pre-term birth on the Sunshine Coast.

The authors noted that the cause ‘‘is speculative at present, although increased influenza vaccination rates, decreased transmission of infections, and improved air quality may have been favourable in reducing pre-term birth’’.

COVID-19: Risk of pre-term birth, but only in the final trimester, new study finds