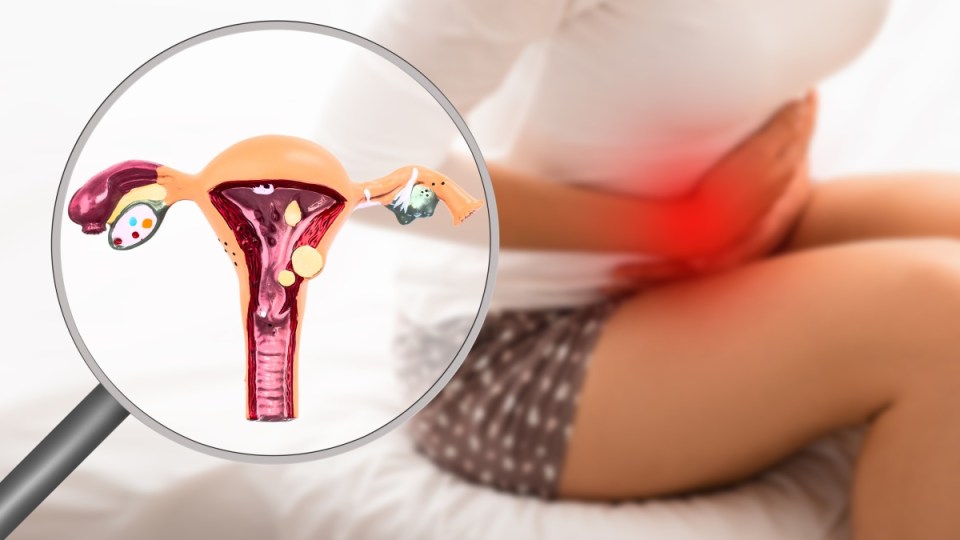 Every month, periods lead to more scarring in women with endometriosis. Photo: Getty

Is there finally a long-term treatment for endometriosis-associated pain – one that can reduce the need for opioid use and repeated surgeries?

Endometriosis is a complex, challenging and frequently debilitating condition that affects 11 per cent of Australian women, girls and people assigned as female at birth.

There is no cure; it can only be diagnosed via laparoscopic surgery; about 30 to 50 per cent of sufferers are infertile; and the pain, cramping, bloating, fatigue and nausea plays hard with quality of life.

An international team of scientists have successfully completed a phase III clinical trial of a ‘novel combined therapy’ – a hormone cocktail in a pill – with a cohort of pre-menopausal women (aged 18 to 59) who routinely experienced moderate-to-severe endometriosis-associated pain.

Over six months, the participants reported a significant reduction in pain, compared to a placebo group, and the pill was ‘‘well tolerated’’.

The authors of the study, including reproductive health specialist Professor Neil Johnson from the Robinson Research Unit at the University of Adelaide, say the pill potentially addressed “the unmet clinical need for long-term medical treatment for endometriosis”.

Fingers crossed. Because treating endometriosis is tricky and “extremely challenging”.

As the authors note: “The treatment of endometriosis-associated pain continues to be a major problem for women and their clinicians.”

Endometriosis is an inflammatory gynaecological condition.

The name come from ‘endometrium’ – the tissue that lines the uterus, and builds up during a woman’s menstrual cycle.

If she doesn’t fall pregnant, the lining breaks down and is expelled during menstruation.

Women with endometriosis, for reasons unknown, develop tissue in the form of lesions that mimic endometrial tissue outside of the uterus.

These lesions collect on the ovaries, fallopian tubes and the tissue lining of the pelvis.

During the menstrual cycle, this faux-endometrial tissue builds up and breaks down, causing bleeds inside the pelvis.

This causes inflammation, swelling and scarring of the normal tissue surrounding the lesions – and this is where the pain begins.

As the authors describe in the paper: “The clinical course in endometriosis can be challenging for the patient.”

Laparoscopy is required to confirm the diagnosis, and is usually combined with surgical ablation (burning or freezing) or excision of the lesions to alleviate pain.

Hormonal contraceptives are used to control symptoms before and after the operation.

But recurrence of pain is common, with 40 to 50 per cent of women with endometriosis reporting recurrence within five years of treatment.

Gonadotrophin releasing hormone (GnRH) agonists are used to  suppress the production of ovarian oestrogen, as a secondary treatment to control pain and reduce the need for further surgery.

It’s more complicated than that – the challenge being to balance the different reproductive hormones.

But this hormonal treatment often comes with side effects, including hot flushes, night sweats, and loss of bone mineral density.

These side effects are in turn treated with hormonal replacement therapy.

But the reality is, the treatments and surgical interventions may fail to fully relieve pain. This is what leads patients to rely on opioid use as well as repeated surgeries.

As the authors note: “Thus, there remains an important clinical need for safe and highly effective medical treatments that can be used conveniently and long term for endometriosis-related pain.”

Does the new treatment save the day?

The pill, relugolix, is already approved in the US for the treatment of advanced prostate cancer.

In that instance, the combined therapy works as an alternative to surgical castration, in order to lower testicular androgen levels.

Relugolix is also approved by the FDA for the treatment of uterine fibroids, a common cause of heavy menstrual bleeding and pain.

The therapy resulted in a “significant reduction in menstrual bleeding … and preserved bone mineral density”.

The pill, taken once a day, contains:

The bottom line: This appears to be a variation of existing treatments, where a GnRH antagonist suppresses oestrogen, which worsens the inflammation and pain of endometriosis. The other hormones serve to an extent as compensation for the reduction of oestrogen.

The good news is the reduction in bone mineral density associated with the therapy was less than 1 per cent, ‘‘which was not clinically significant’’.

The incidence of adverse events was similar between the experimental and placebo groups, with the most common symptoms being headache, nasopharyngitis (an inflammatory attack of the pharynx and nasal cavities), and hot flushes.

The authors appear to be hopeful that their treatment will address that ‘‘unmet clinical need’’ for a long-term treatment for pain, but they advise that further longer-duration research is required ‘‘to determine its effectiveness in comparison with existing treatments before considering a change in practice’’.

The twin phase II trials were conducted in five countries including Australia.