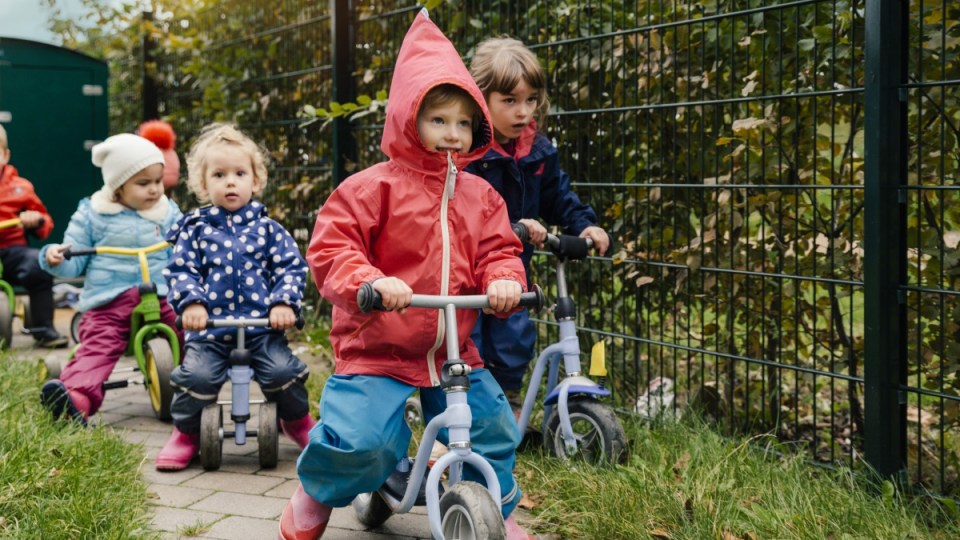 Young children who can play well with others are less likely to suffer mental health issues. Photo: Getty

Children who learn to play well with others at pre-school age tend to enjoy better mental health as they get older, new research from the University of Cambridge has found.

The findings, based on data collected from Australian children, provide “the first clear evidence that ‘peer play ability’, the capacity to play successfully with other children, has a protective effect on mental health”.

It’s a good and optimistic study, particularly related to kids from poorer and difficult social settings, and we’ll get back to it.

What school teachers are saying

The reality is, school teachers already know this to be true. And COVID-19 lockdowns have underscored that reality.

Teachers, in Australia and abroad, are dealing with the consequences of young children who started school this year or last year, many of them having spent much of 2020 and 2021 in lockdown.

According to a report last week in The Sector, a news organ for early childhood education and care (ECEC): “Teachers of children who began school this year have noted the impact of COVID-19 related lockdowns on children’s social skills, observing that children who haven’t been in early childhood education and care settings are experiencing difficulties.”

The Sector cites a story from the Herald Sun in which a Melbourne primary school teacher is quoted as saying: “It’s taking longer to teach them these basic skills. We’ve lowered our expectations of these kids with increased ‘brain breaks’.”

Also cited was Professor Louise Paatsch from Deakin University’s School of Education, who said preliminary research showed students do not know how to interpret their peers’ behaviour or co-operate during group work.

None of this will be a surprise to parents of children in Prep or Year 1. The COVID generation is taking a while to find its feet.

The story is the same overseas.

In a US survey of educators administered by the EdWeek Research Center in January:

What we’re hearing about from teachers are some of the consequences of young children missing out on social skills.

On the upside, the University of Cambridge research details the benefits when children are successfully socialised.

The researchers used data from 1676 children in the Growing Up in Australia study, which is tracking the development of children born in Australia between March 2003 and February 2004.

The data was collected when the children were aged three and seven.

The findings suggest that “giving young children who might be vulnerable to mental health issues access to well-supported opportunities to play with peers – for example, at playgroups run by early years specialists – could be a way to significantly benefit their long-term mental health”.

Dr Jenny Gibson, from the Play in Education, Development and Learning (PEDAL) Centre at the faculty of education, University of Cambridge, said: “We think this connection exists because through playing with others, children acquire the skills to build strong friendships as they get older and start school. Even if they are at risk of poor mental health, those friendship networks will often get them through.”