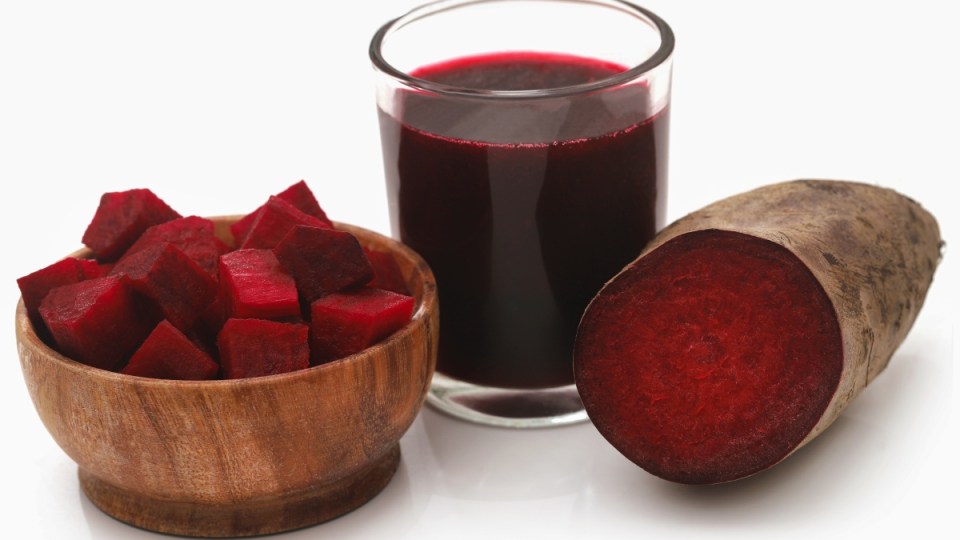 Much of the credit for beetroot’s superior reputation comes from it being rich in nitrates which, when consumed in food, convert to nitric oxide – which causes blood vessels to relax and dilate and lowers blood pressure.

But there’s a mystery. Why is it that beetroot boosts exercise performance, while other foods rich in nitrates do not?

Part of the answer is that beetroot also contain good levels of potassium (good for the heart by balancing sodium levels) and polyphenols, which are thought to reduce inflammation.

But there may also be an unknown agent that enables beetroot’s nutrients to be more available to the body.

The mystery of why some foods do better at nurturing the body than others of a similar nutrient profile lies at the heart of a new study.

Noah D’Unienville is a PhD candidate and the paper’s lead researcher, from the University of South Australia’s Allied Health & Human Performance program.

He says: “There’s a lot of interest in nitrate-rich and polyphenol-rich foods because of their potential to boost exercise performance, but just because they contain these elements, doesn’t mean this will translate into improved exercise performance.”

The storied gift to athletes is that the nitrates in beetroot boost blood flow and increase the delivery of nutrients and oxygen to muscles during exercise.

As we previously reported, in the past decade there have been a number of studies – including a 2015 experiment involving Australian kayakers – that supported the legend that beetroot juice boosted athletic performance.

In a 2011 study, professional cyclists who drank beetroot juice saw their pedalling performance improve by 2.8 per cent. Which is a lot when you consider that anything that gives an elite athlete the tiniest edge is a big deal.

But there’s a limit

However, the University of South Australia study suggests the benefits of beetroot have a ceiling for elite athletes.

Noah D’Unienville told The New Daily that once athletes attain a high V̇O2 max level (meaning their maximum oxygen uptake and aerobic capacity) the aerobic benefits of beetroot are irrelevant.

As Professor Jon Buckley, Dean of Programs (Human Performance), notes: “While these foods were effective in boosting exercise performance and building stamina, their effects did discriminate.

“The results did show that more significant effects among athletes who were less fit.”

It was also found that men were “more likely to benefit from these foods than women”.

Professor Buckley conceded there were “some limitations with the sample size of women”.

This is a problem that plagues sport research.

The study – a meta-analysis of 118 studies involving 1872 participants from 25 different countries – “evaluated the effect of consuming nitrate-rich foods (typically green leafy vegetables), foods that contain polyphenols (such as berries, cherries and cocoa), and the amino acid L-Citrulline (found in watermelon) on exercise endurance performance”.

The study found that “the nitrate levels contained in beetroot, which have been shown to boost blood flow and increase the delivery of nutrients and oxygen to muscles during exercise, helped athletes perform better more quickly”.

Similarly, the polyphenols in grapes, cherries and pine bark extract “helped protect nitrate from degradation in the body, boosting stamina”.

Despite the ability of L-citrulline to boost nitric oxide production in the body, “consuming watermelon (high in L-citrulline) did not boost exercise performance”.

Out of all these foods, Mr D’Unienville told The New Daily beetroot delivered the most significant results.

See here for our report on how beetroot protects the brain against ageing and promotes a healthy oral microbiome.

Beetroot helps athletic performance, and does even more good for slackers