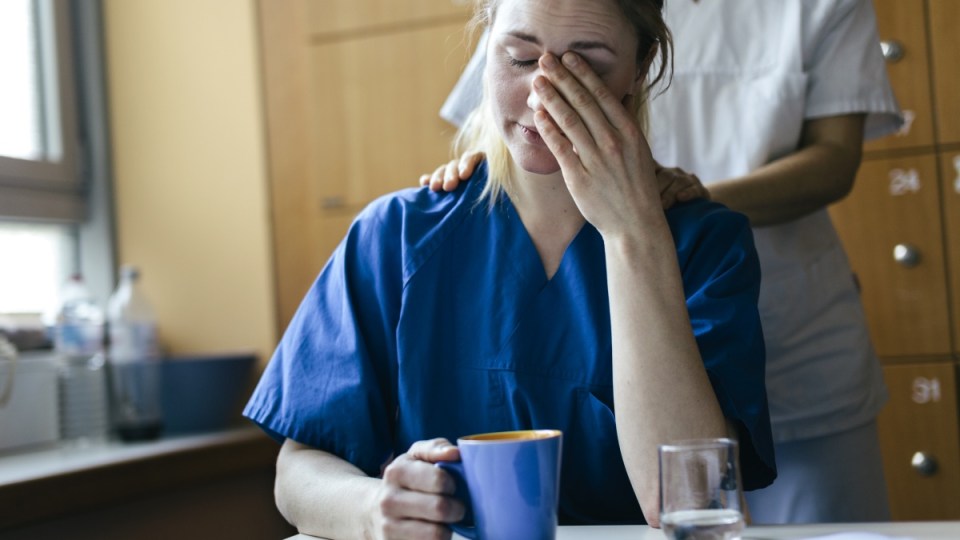 Power naps should be written into contracts for healthcare workers on night shifts, according to one senior doctor. Photo: Getty

The $3000 bonus payment by the Victorian government to nurses, doctors, and paramedics working in the state’s public hospitals is not so much a ‘thank you for battling COVID-19’ as a ‘please don’t leave’.

Premier Daniel Andrews described the bonus as part of a $353 million “retention package” to encourage healthcare workers to hang in there through the winter.

“This is all about encouraging people to take up shifts if they can to go from being part-time to maybe working some further hours,” Mr  Andrews said during a press conference on Thursday.

The worry that healthcare workers will abandon the sector isn’t a result of COVID-19. It’s been looming for years.

Money is part of the solution. More important is confronting the reality of hospital work and finding smart solutions to problems routinely identified by people on the front line.

Back in 2019, before the pandemic, some hospitals were experiencing a 30 per cent turnover of nursing staff each year.

The complaint wasn’t about money. It was about escalating work demands and burnout.

At the time, Australia’s Department of Health predicted a nursing shortfall of about 85,000 by 2025.

In February, a survey by the Australian Primary Health Care Nurses Association found that:

What to do? This week, in Milan, the European Society of Anaesthesiology and Intensive Care gathered for the Euroanaesthesia congress.

Dr Nancy Redfern, a consultant anaesthetist at Newcastle Hospitals NHS Foundation Trust (UK), presented a review into the “potentially lethal effects of fatigue on doctors and nurses themselves, and its impact on the quality of their clinical work and judgement and therefore patient safety”.

Dr Redfern concluded that due to these risks, “all doctors and nurses need 20-minute power naps during night shifts to keep patients safe (and make their own journeys home after work safer), and also recommend that no doctor or nurse does more than three consecutive night shifts”.

Dr Redfern presented a body of evidence, including surveys, “that showed around half of trainee doctors, consultants and nurses had experienced either an accident or a near miss driving home after a night shift”.

She said that workers who drive home after a 12-hour shift are twice as likely to crash as those who worked an 8-hour shift.

A ‘sleep debt’ begins building after two or more nights of restricted sleep, and it takes at least two nights of good sleep to recover from this.

Cognitive function is impaired after 16-18 hours spent awake, leading to a deterioration in the medical worker’s ability to interact effectively with patients and colleagues.

“When fatigue sets in, we in the medical and nursing team are less empathic with patients and colleagues, vigilance becomes more variable, and logical reasoning is affected, making it hard to calculate, for example, the correct doses of drugs a patient needs,” said Dr Redfern.

Dr Redfern presented evidence about how 20-minute power naps improve staff and patient safety, and how these can be built into night shift work.

She concluded: “We need to change the way we manage night shifts to mitigate the effects of fatigue.”

A senior Sydney nurse in a public hospital, speaking on condition of anonymity because she wasn’t authorised to speak publicly, said her department was short-staffed to the point that a 20-minute power nap was routinely impossible.

“They might try to have a nap, but they’re usually interrupted by a patient needing attention.”

She said there was no provision for power naps.

She said the idea of improving night shift management was a good one, but impossible to implement without a lift in nursing numbers.

Calls to the Australian Nursing & Midwifery Federation went straight to voicemail. We’ll update this story if the union gets in touch.