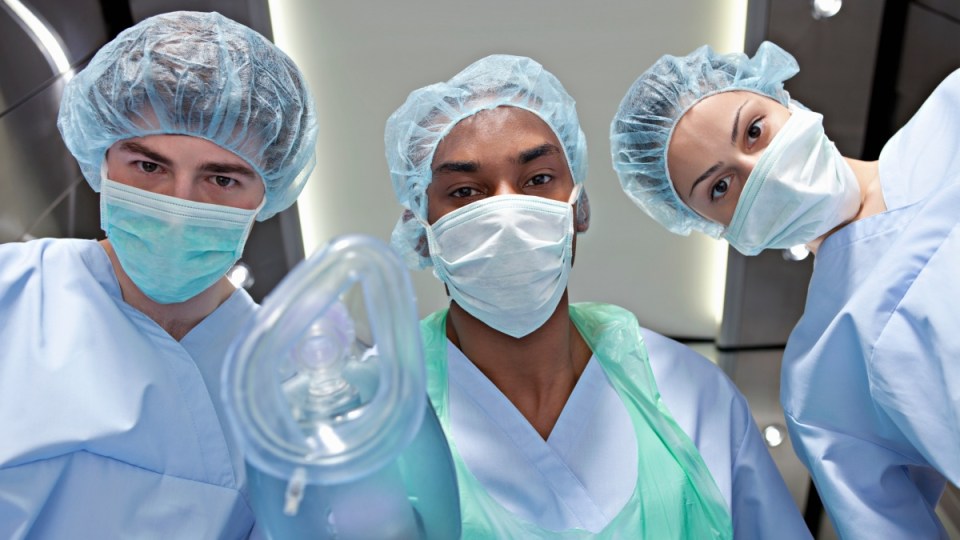 Some patients tell surgeons they feel pain when knocked out. But they don't remember it later. Photo: Getty

Authors of a new international study want to make one thing clear: None of the participants can remember a thing, not even those who communicated they were in pain at the time.

Which is good to know, because the study’s main finding was that one in ten participants “under planned general anaesthesia were able to respond to commands”.

This phenomenon is known as ‘connected consciousness’ – when people under general anaesthetic “are able to respond to outside stimuli such as pain but may not be able to recall the event afterwards”.

Previous studies found that it occurred in one out of twenty patients under general anaesthetics, but for some reason not yet known, the rate appears to have doubled.

The new study also found that ‘connected consciousness’ is happening more in young people, and three times higher in females.

The primary aim of the study was to “establish the incidence of connected consciousness after tracheal intubation in young people aged 18-40”.

The study, the largest of its kind, involved 338 patients and 10 hospitals across Australia, Belgium, Germany, Israel, New Zealand, and the United States of America.

The patients were under general anaesthetic, and intubated (a breathing tube inserted in their trachea), but surgery hadn’t actually started when the experiment was carried out.

The key findings were:

The study also found that maintaining a continued level of anaesthesia before intubation decreased the risk of ‘connected consciousness’ in patients.

The researchers say that “provision of continuous anaesthesia during that time is standard practice in Australia”.

What the study means

Professor Sanders said: “The data from the study has given us a crucial starting point in improving our understanding of ‘connected consciousness’.

“Patients expect to be unconscious under anaesthesia, and not be in pain, and this demonstrates why research into anaesthesia is so important.”

He said there is an urgent need “for further research on the biological differences, particularly sex, that may influence sensitivity to anaesthetic medication”.

“In this study, we have confirmed that the state of connected consciousness occurs not infrequently following intubation in younger patients.

“We identified quite a variation in practice around the time of intubation which might explain why some of the responses were possible.”

She said the higher incidence in females “is also very interesting and we look forward to exploring the reasons behind this”.

Although none of the participants remembered the commands, one person (0.3 per cent of participants) reported they were “able to clearly recall the experience of surgery after the procedure ended”.

One out of ten patients respond to commands under general anaesthetic