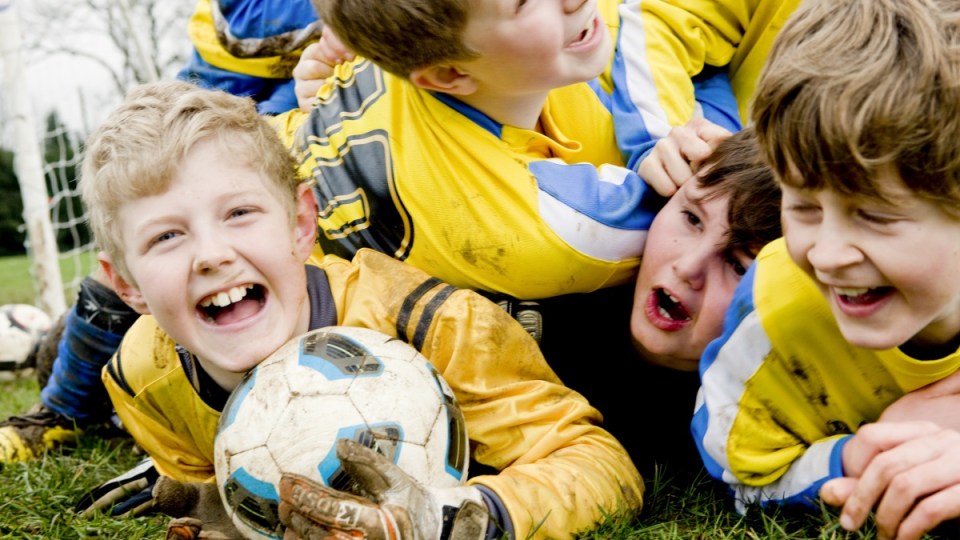 Another study has found that children who play a team sport show less signs of anxiety and depression. Photo: Getty

Overall, children who play a team sport are less likely to struggle with mental health difficulties than kids who don’t play sport.

The findings are supported by previous studies.

However, the large-scale investigation by California State University sports psychologists also found that children who devote themselves exclusively to an individual sport – such as tennis, dance, cycling or wrestling – were more likely to experience mental health issues than kids who played no sport at all.

The study has prompted the Smithsonian Magazine to ask: Should parents of young tennis players be concerned about these findings?

The article begins a little provocatively, with a quote from the great Andre Agassi who says he wished he’d played soccer instead of tennis as a kid:

“I get to play three times a week at school, and I love running the soccer field with the wind in my hair, calling for the ball, knowing the world won’t end if I don’t score. The fate of my father, of my family, of planet earth, doesn’t rest on my shoulders. If my team doesn’t win, it will be the whole team’s fault, and no one will yell in my ear. Team sports, I decide, are the way to go.”

Lead author of the new study, Dr Matt Hoffman, Assistant Professor in the Department of Kinesiology at Cal State, didn’t get into the deeper meaning of his findings, but suggested that, instead of panicking, parents and coaches should “be aware that young wrestlers, dancers or swimmers might experience added stress or anxiety and to support them accordingly”.

It’s a nice idea. But how many young Andre Agassis are out there with an excessively pushy parent on their backs?

The researchers analysed data on the sports habits and mental health of 11,235 kids aged nine to 13.

Parents and guardians reported on several aspects of the children’s mental health by filling out a form known as the Child Behaviour Checklist, a commonly used tool whereby parents identify and describe emotional and behavioural problems and competencies.

The researchers identified “associations between the mental health data and the kids’ sports habits, while also accounting for other factors that might impact mental health, such as household income and overall physical activity”.

Dr Hoffman and his colleagues say the positive findings of team sports were “in line” with their expectations. This isn’t surprising given there are a good number of previous studies supporting these findings.

A large 2019 study from the Department of Pediatrics, Cedars-Sinai Medical Center, found that engaging in team sports can actually help children ward off depression.

The study also found that people who were exposed to adverse childhood experiences reported better mental health as adults, if they had participated in team sports as children.

But the researchers were caught out by expectations that individual sports would be “associated with fewer mental health difficulties, even if to a lesser extent than for team sports”.

They instead found that children who exclusively played individual sports tended to have greater mental health difficulties than those who did not play sports at all.

The Smithsonian article included an independent analysis from Professor Catherine Sabiston, a sports psychologist at the University of Toronto.

She told the Smithsonian she wasn’t surprised by the findings on individual sports:

“There is no one to ‘blame’ or ‘thank’ other than yourself, and the pressure to perform is heightened.”

Which is precisely what Andre Agassi was saying.