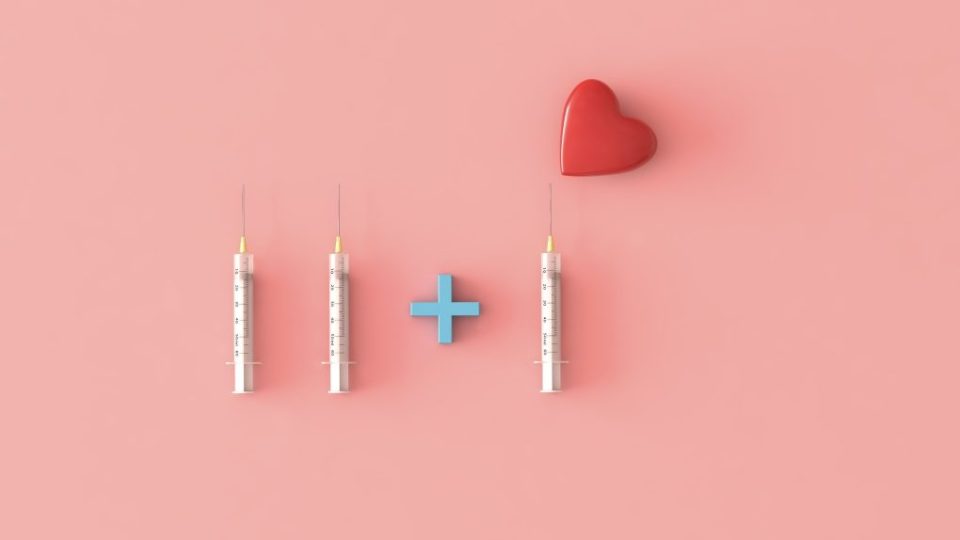 More than a third of Australians have not had a booster shot. And winter is almost here. Photo: Getty

Is there a connection between the uptake of COVID-19 booster shots and hospitalisation and deaths? The numbers are certainly suggestive.

As of Wednesday, June 1, Queensland has the nation’s lowest booster rate, with 63.1 per cent of people having had three or more doses of a COVID-19 vaccine.

The highest booster rate is in Western Australia, at 83.3 per cent.

And the relative impact of those booster rates?

When the Royal Australian College of General Practitioners (RACGP) investigated the impact of boosters on hospitalisations and deaths in the organisation’s newsGP in April, it noted:

“Queensland has around twice as many people as Western Australia, but the death rate overall is five-and-a-half times higher.”

Looking more broadly, the report found that when the Omicron wave was coming through the eastern states, where the booster program was starting, case numbers, hospitalisations, severe disease and deaths were markedly higher than in WA, “where booster rates were already high at the time of Omicron commencing”.

That observation was made by Dr Lucas de Toca, who leads the federal government’s primary care response to the pandemic.

Professor Catherine Bennett, Deakin University Chair of Epidemiology, told the RACGP that comparisons were hard to make because of the different way figures were recorded and because states’ varying degrees of success “in capturing the true number of COVID-19 cases”.

Still, she was impressed by the low numbers of people in WA ending up in intensive care despite case numbers escalating.

‘What has been reassuring to me all the way through is that the ICU (intensive care unit) rates [in WA] are very low … even though case numbers have pushed up,’’ Professor Bennett said.

She described this result as “quite extraordinary”.

“No one knew (the variant) BA.2 was coming, but it turns out boosters are more effective than we even hoped they might be against this.”

Dr Chris Moy of the AMA says the evidence that boosters make a difference is in the hospitalisation numbers.

“We have 3000 people in hospital every day. It’s obvious when you look at who has the highest hospital figures, they have the lowest booster rates,” he told The New Daily.

New South Wales has the second-lowest uptake of boosters, with 67.3 per cent of people having had three or more doses.

You’d expect NSW, with its higher population – 8.186 million – to have more hospitalisations. But this much?

Looking at hospitalisation numbers since March, as represented by a graph at www.covid19data.com.au, NSW has sat two to four times higher than Victoria, population 6.643 million.

In other words, NSW has had many more hospitalisations during the Omicron wave – when the booster program had begun – way out of proportion to Victorian hospitalisations.

How to explain this? Victoria’s vaccination rate is significantly higher, with 72.3 per cent of the population having received three or more doses.

So why the low rate of  booster uptake ?

More than a third of Australians have not had a COVID-19 booster shot.

We did well with two doses (94.78 per cent of eligible Australians) but have not managed anywhere near that with boosters (62.44 per cent nationally).

Dr Moy said: “There’s no complicated reason. It’s just complacency. We’re kind of bedevilled with this idea that COVID’s over. That’s why we’re calling on the government to refocus on COVID … Now the election is over, they might start talking about COVID again.”

The good doctor advises: “We’re rushing headlong into winter. Get a booster. Get a flu vaccine. Wear masks indoors (supermarkets etc) and we need to get more children vaccinated.”

All of which will boost our chances of protecting our hospitals from being overrun when this apparently aggressive flu season cranks up.