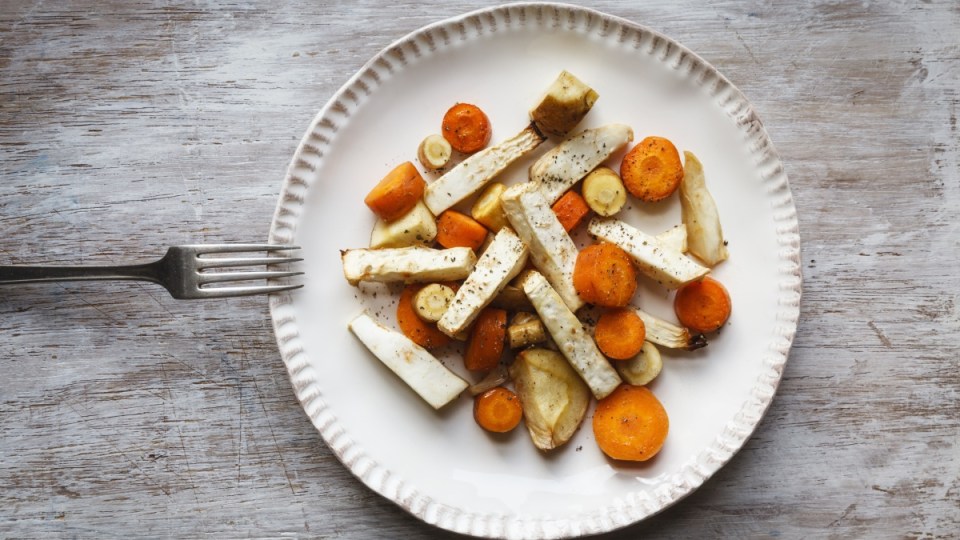 What do carrots, celery, celeriac, parsley and parsnips have in common?

Taken together, they make a good stock for a wintery vegetable soup.

And according to scientists from the University of Delaware, “they mitigate the effect of air pollutants in our bodies”.

In a new paper, Dr Jae Kyeom Kim, assistant professor of behavioural health and nutrition, investigates how vegetables from the apiaceae family protect the body from accumulation of acrolein, an irritant found in cigarette smoke and traffic exhaust.

Acrolein is seriously nasty and highly flammable stuff – being volatile, it produces toxic concentrations at room temperature. It has a pungent, suffocating odour and is highly reactive to human tissue.

Following inhalation exposure, acrolein becomes deposited in the nasal cavity and respiratory tract, and most of it is retained there “irreversibly”.

Where do the veggies come in?

Apiaceous vegetables are high in phytonutrients.

In a series of animal experiments, Dr Kim found these reduced mitigated acrolein-induced toxicities and inflammation.

Further, the scientists said their findings suggest that apiaceous vegetables, via the liver, “enhance conversion of acrolein into a water-soluble acid for bodily excretion”.

How many carrots do we have to eat?

The next step of the research was to determine a reasonable dosage for humans for use in human intervention trials.

Dr Kim said the daily calorie amount of apiaceous vegetables for humans was roughly one and a third cups per day.

“It doesn’t require a high intake to see a difference, and this is an achievable amount in daily life,” he said.

The researchers stress the importance of people in the general population “implementing behavioural changes in diet as a solution to combat the build-up of toxicants derived from air pollution”.