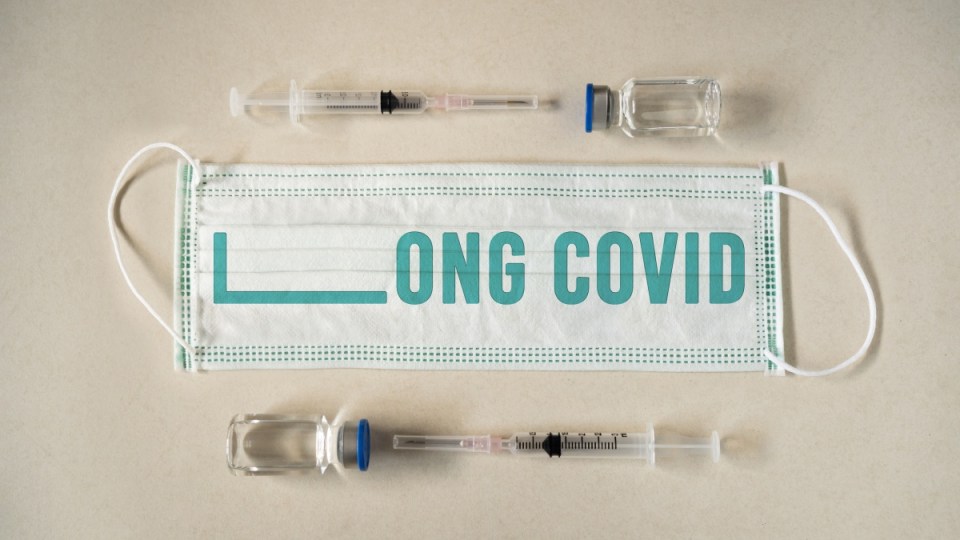 There's a lot we don't know about long COVID, except that many people are becoming debilitated. Photo: Getty

There’s an idea that people who complain of suffering from long COVID – the syndrome where debilitating symptoms of the disease persist for months – are actually struggling with psychological issues.

In February, The Guardian ran a piece – ‘The great gaslighting: how COVID long-haulers are still fighting for recognition‘ – that looked at the plight of New York patients who struggled to get doctors to take them seriously.

There has been persistent scepticism about long COVID, partly because researchers are playing catch-up with developing a precise diagnosis for this complex condition – which in turn would allow an accurate count of sufferers.

When did this scepticism begin?

A good place to start is March last year, when The Wall Street Journal published an opinion piece by a Canadian psychiatrist who essentially accused most people complaining of long COVID to be malingerers.

The US National Institutes of Health had just committed $US1.15 billion to research the “prolonged health consequences” of COVID-19 infection.

Some patients, he wrote, “particularly older ones with co-morbidities, do experience symptoms that outlast a coronavirus infection”.

Then he pulled out his Tommy gun: “But such symptoms can also be psychologically generated or caused by a physical illness unrelated to the prior infection.”

He then declared: “Long COVID is largely an invention of vocal patient activist groups. Legitimising it with generous funding risks worsening the symptoms the NIH is hoping to treat.”

His main beef was that the concept of long COVID “has a highly unorthodox origin: Online surveys produced by Body Politic, which… describes itself atop its website’s homepage as ‘a queer feminist wellness collective merging the personal and the political'”.

The surveys were deeply flawed. Many participants hadn’t been tested for the coronavirus.

More to the point, these surveys were initially carried out in March 2020, when the pandemic was relatively new and scientists were only beginning to have an idea of COVID-19’s complexity.

The funding for long COVID research was announced a year later, and NIH director Dr Francis Collins made mention of the group and their surveys.

Dr Devine implied that the funding was being provided solely on the basis of those surveys, which was dishonest and ridiculous.

Research was starting to catch up

Researchers, already overwhelmed by standard COVID, were starting to catch up with anecdotal evidence that a significant number of COVID-19 patients weren’t recovering after a couple of weeks.

In July 2020, Dr Anthony Fauci, director of the National Institute of Allergy and Infectious Diseases, and embattled frontman of the US government’s pandemic response to the pandemic, told a webinar organised by the International AIDS Society: “Anecdotally, there’s no question that there are a considerable number of individuals who have a post-viral syndrome that really, in many respects, can incapacitate them for weeks and weeks following so-called recovery and clearing of the virus.”

In September 2020, the Journal of the American Medical Association (JAMA) wrote: “The longer the pandemic drags on, the more obvious it becomes that for some patients, COVID-19 is like the unwelcome houseguest who won’t pack up and leave.”

In fact, a similar syndrome had appeared with the 2002 SARS outbreak, also caused by a coronavirus.

As the JAMA piece advised: “Some people who were hospitalised with SARS still had impaired lung function two years after their symptoms began.”

Then, just a month after Dr Devine’s piece was published, an article in the esteemed journal Nature reported that many COVID-19 “recoverees are plagued by often life-derailing symptoms such as breathing problems, deep fatigue, joint pain, ‘brain fog’ and heart palpitations”.

Long COVID “will affect, and already is affecting, millions of people and needs to be taken seriously”, said Dr Adrian Hayday, an immunologist at the Francis Crick Institute.

The piece was titled Scientists set out to connect the dots on long COVID – and probably marks the spot when the battle against COVID-19 opened a new front.

According to a Conversation piece by University of Melbourne researchers, there is no “universally accepted definition of long COVID because it’s such a new phenomenon”.

They say that “a working definition is that it’s a term used to describe the situation where people experience a range of persistent symptoms following COVID-19”.

Which is pretty vague.

Another issue is that symptoms can vary from person to person, the most common being “fatigue, shortness of breath, chest pain, heart palpitations, headaches, brain fog, muscle aches and sleep disturbance”.

But they can also include “loss of smell and taste, increased worry especially in relation to one’s health, depression, and an inability to work and interact with society”.

Hence, the persistent accusation of malingering – which doesn’t account for possible brain inflammation and damage, an issue we’ll explore in a future article.

Who is likely to get long COVID?

As the Conversation article notes: “Another feature for many in our clinic is the disconnect between the severity of their initial COVID illness and the development of significant and persisting symptoms during recovery.”

The Melbourne researchers say that “most of our patients in the long COVID clinic had a milder illness initially, are often younger than those who’ve been hospitalised, and were healthy and active before getting COVID”.

Regardless of the specific symptoms, “many of our patients are concerned there’s persisting infection and damage occurring, along with a fear and frustration that they’re not improving”.

Finally, how many people have long COVID?

The Melbourne researchers say “it’s very difficult to determine what proportion of people who get COVID end up with persistent symptoms. At this stage we don’t know the exact rate”.

An ongoing study of COVID-19 immunity at the Walter and Eliza Hall Institute (WEHI) found that 34 per cent of participants were experiencing long COVID 45 weeks after diagnosis.

The World Health Organisation says it’s 10 per cent, while a study from the UK found 30 per cent.

This is probably the most contentious issue.

In September, Professor Sir John Bell, Regius Professor of Medicine at Oxford University, told The Times that long COVID was “more complicated than people assume” and that “the incidence is much, much lower than people had anticipated”.

It probably is, given the range of estimated prevalence sits between 10 and 34 per cent, a wide margin.

But that doesn’t mean it’s not real. Until there is reliable diagnostic criteria, we can’t know for sure.

A new study is sobering

Last week, the results of “the largest study to date on autonomic nervous system dysfunction in long COVID”, led by researchers at Stanford University, Stony Brook University, and Dysautonomia International, was published.

The study found that 67 per cent of individuals with long COVID are developing dysautonomia, “an umbrella term for autonomic nervous system disorders”.

The researchers said this amount to about 38 million Americans with Long COVID dysautonomia, “and millions more around the world”.

Not a lot of room for faking it.

Yes, long COVID is a real thing. But scientists are still working it out