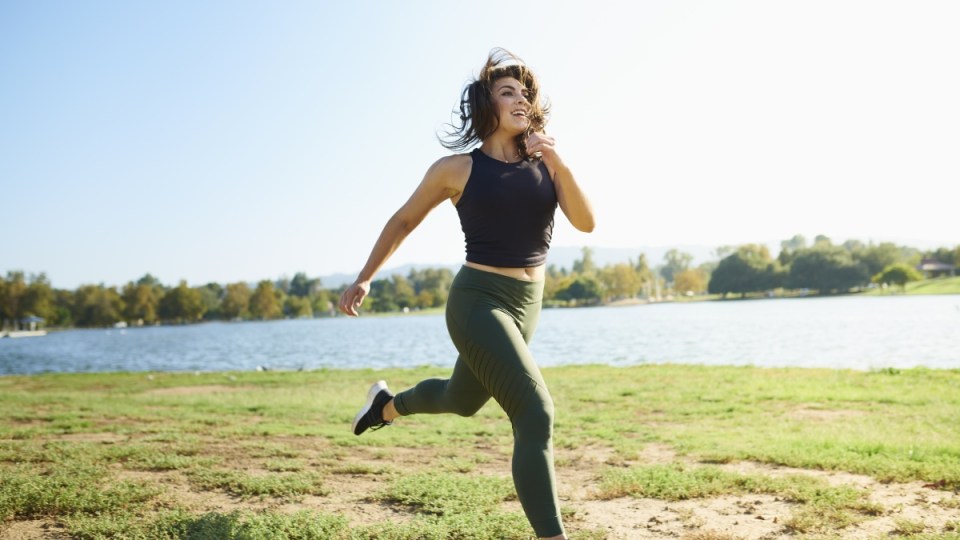 Your body settles on a running pace that burns the least amount of calories. Photo: Getty

When people run to lose weight, they might now and then put on a burst of speed for the sake of exhilaration.

But soon enough they’ll drop back to a steady pace they believe is of their own choosing.

Apparently, that’s not the case at all.

A fascinating new study has found that recreational runners will naturally settle into a pace that most conserves their energy.

In other words, they might plan to burn a lot of calories, only to subvert that plan by unconsciously running at the most economical pace, one that minimises calorie loss. And this is regardless of the distance covered.

How was this discovered?

Theories going back at least 50 years held that “runners burn the same amount of calories for a given distance no matter how fast they run because the energetic cost depends mostly on the weight of runner and time run”.

Dr Jessica Selinger, the study’s lead author and assistant professor with the School of Kinesiology and Health Studies at Queen’s University, Ontario, has been publishing papers on how animals and humans move and how they conserve energy since at least 2014.

And if you look at how animals behave – the reluctance of magpies or pigeons to fly off at your approach – it’s all about balancing the cost-benefits of giving chase or taking flight.

“Minimising energy expenditure has evolutionary advantages – it allows us to move farther on fewer calories,” said Dr Selinger, in a prepared statement.

“We share this trait with other animals, be it flying birds, swimming fish, or galloping horses – there’s evidence that we all move in calorie conserving ways out in the wild.”

But how did she prove it?

In the laboratory, “the researchers gathered data from 26 runners on treadmills and identified the energetically optimal speeds based on their oxygen consumption”.

This optimal speed, as determined in the lab, was compared with data from more than 4600 runners totalling more than 28,000 hours of running in the real world.

The speed of the real-world runners was measured with wearable trackers. And guess what? Without choosing to, the runners in the wild ran naturally and unknowingly at their optimal speed.

The difference between the real-world and lab results was “indistinguishable”.

Dr Selinger said the findings show “that the preference for energy efficient movement is strong – even when we go for a jog, perhaps with the goal of burning calories, we move at a speed to minimise them”.

She said that “if we want to run at a faster pace, we may need to consciously focus on doing so”.

She suggested runners could adopt “tricks” such as running with a faster partner or listening to fast-paced music.”

Running every day to lose weight? You probably need to pick up the pace