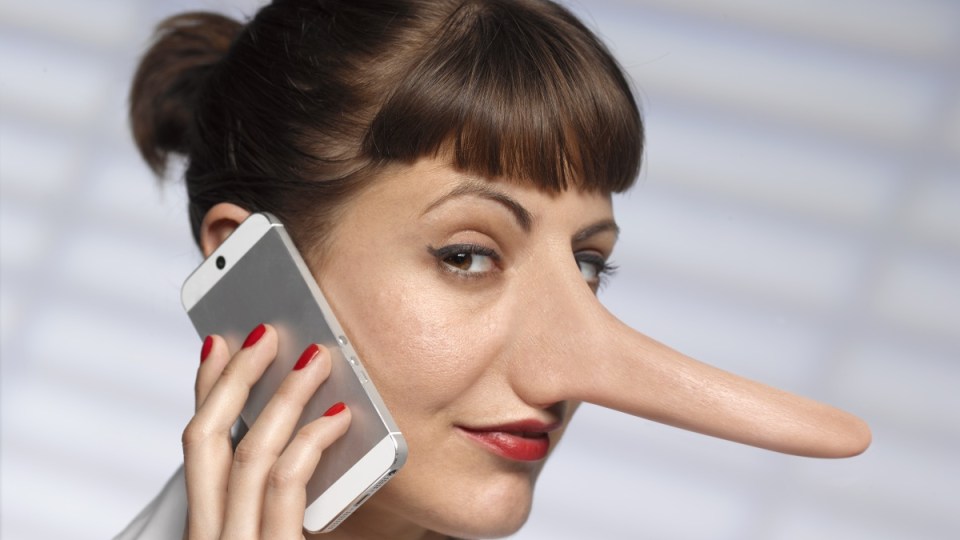 Does my nose look big in this? Well, yes, but you can blame it on your phone. Photo: Getty

US researchers have shown how smartphone selfies distort facial features.

Noses in particular look longer than they really are.

Meanwhile, patients seeking plastic surgery are increasingly bringing their selfies into the discussion they’re having with surgeons – and there just happens to have been an uptick of young people asking for nose jobs.

The study findings, from the University of Texas Southwestern Medical Center, “highlight an unexpected consequence of social media and the need for plastic surgeons to discuss this phenomenon with their patients”.

“If young people are using selfies as their only guide, they may be coming to plastic surgeons to fix problems that don’t exist except in the world of social media.”

Dr Amirlak said that patients “increasingly use photographs they’ve taken with a smartphone camera to discuss their goals with a plastic surgeon”.

However, because cameras can distort images, “especially when photographs are taken at close range, selfies may not reflect an individual’s true appearance”.

That was the theory, but it needed to be tested.

Three photographs were taken of each person – one from 12 inches (30.48cm), another from 18 inches away (20.3cm) with a smartphone to simulate selfies taken with a bent or straight arm, and a third from five feet (1.5 metres) with a digital single-lens reflex camera, typically used in plastic surgery clinics.

The three images were taken in the same sitting under standard lighting conditions.

There was also a 12 per cent decrease in the length of the chin on 12-inch selfies, leading to a substantial 17 per cent increase in the ratio of nose-to-chin length.

Selfies also made “the base of the nose appear wider relative to the width of the face”.

The participants’ awareness of these differences was reflected by how they rated the photos when compared side by side.

Dr Carrie McAdams, Associate Professor of Psychiatry at UT Southwestern, noted that these distorted images can have a lasting impact on how selfie-takers see themselves.

“Adolescents and young adults are expected to develop a stable sense of self-identity, a neurodevelopmental process related to making comparisons of oneself with others,” she said.

“Unfortunately, selfies emphasise the physical aspects of oneself in making those comparisons and have been associated with lower self-esteem, lower mood, and increased body dissatisfaction.”

Because the images were taken with one brand of smartphone, Dr Amirlak suggested that future research should investigate how prevalent this phenomenon is across different phones.