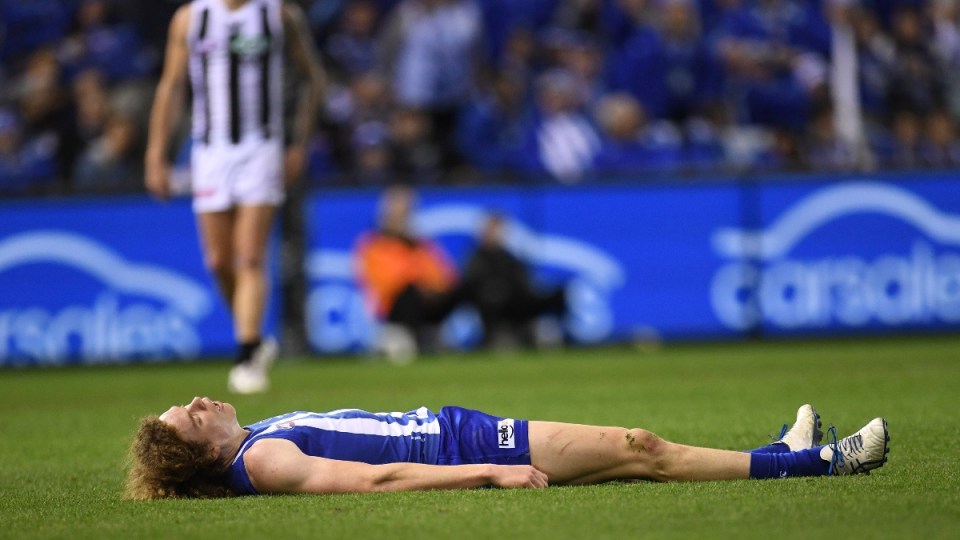 Concussion is a major risk in the AFL. Photo: AAP

Growing evidence of the debilitating long-term effects of concussion has sent shockwaves through our favourite sports in recent years.

A study published in 2019 found that professional football players were almost five times more likely to be prescribed dementia medication than men of a similar age who didn’t play football – prompting experts to call on the sport’s authorities to minimise headers.

Meanwhile former AFL players have spoken out about losing the ability to recall significant life achievements after suffering repeated knocks to the head over many years.

But a new study has found that diagnosing concussion on the field has become complicated and may need an overhaul.

This is because many athletes are reporting symptoms “that are often used to diagnose concussions even though they did not suffer a head injury”.

The researchers – from Western Sydney University and Rutgers University in New Jersey – say that some symptoms, such as fatigue and neck pain, “could be attributed to intense exercise rather than a brain injury”.

What does this mean?

They say their research raises new questions about the Sport Concussion Assessment Tool (SCAT), a questionnaire that is widely used along with other methods to diagnose concussions sustained during sports games.

The SCAT assessment includes questions about ‘red flag’ symptoms such as neck pain, headache, muscle weakness and vision problems, in addition to tests used to assess memory loss and other symptoms.

But some of these questions could be causing ‘false positive’ diagnoses.

“Our findings highlight the importance of considering the effects of exercise and fatigue in assessing concussion in athletes on the field,” said the study’s first author, Stephanie Iring, a doctoral candidate in the laboratory of Dr Jorge Serrador, an associate professor with both universities.

“While players with a head impact may report more symptoms generally, we have to be cautious in using all symptoms [on the assessment] since some are common after intense exercise even when there was no head impact.”

In most previous studies of the tool, researchers have compared symptoms in athletes who experienced a blow to the head with people who have been at rest.

For the new study, the researchers compared SCAT scores in rugby players who had sustained a blow to the head with teammates who had just played an intense rugby match but did not have a head impact.

In total, they assessed 209 players, 80 of whom had experienced a head impact and 129 who had not.

Compared with those who did not have a head injury, head-injured players had significantly more symptoms on the SCAT assessment than other players, reporting 26 symptoms on average.

Non-injured players reported about nine symptoms, many of them indicating concussion.

What the data said

“Our data shows that exertion during a match increased the number and severity of self-reported symptoms in control players, even though they had not experienced a head impact,” Ms Iring said.

“This could lead to difficulty differentiating these players from those that had experienced a head impact when using on-field assessments.”

Some symptoms, including headache and “not feeling right,” were more closely associated with having a head injury, suggesting these symptoms might be a stronger indicator of concussion in players that have just finished an intense game.

In addition to headache, other symptom categories that were more common in those with a head injury included cognitive-sensory effects, emotional-affective symptoms and hypersensitivity.

Confused diagnosis: Concussion symptoms with no blow to the head