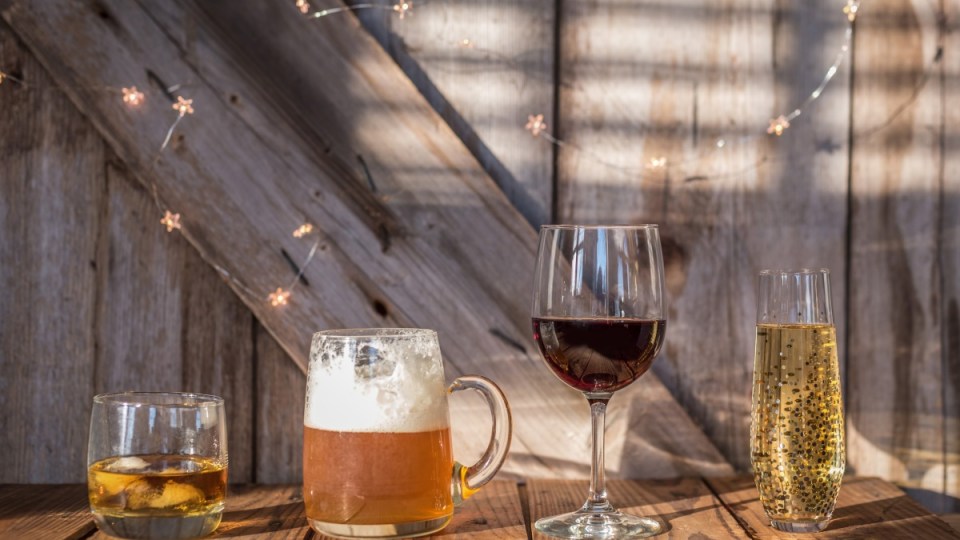 There are two debates about booze. First, is alcohol in itself totally bad for your health, or does it have some redeeming qualities?

In 2018, The Global Burden of Diseases study described alcohol as “a leading risk factor for global disease burden and causes substantial health loss”.

It concluded that no amount of alcohol is safe.

“The level of consumption that minimises health loss is zero,” the authors wrote.

The authors conceded that moderate drinking may safeguard people against heart disease, but alcohol’s potential to cause cancer put any potential benefit in the shade.

Last year, Oxford researchers found that any amount of alcohol shrank the brain.

“Moderate consumption is associated with more widespread adverse effects on the brain than previously recognised,” the authors wrote.

This shouldn’t be a great surprise. Alcohol is a neurotoxin. Decades of evidence has shown it kills off brain cells.

Still, both studies were widely reported and lamented and otherwise left people shaken.

The second question that causes confusion

Does alcohol make you fat?

Go to any government website and you’ll read something like this: “Alcohol can cause weight gain in four ways: It stops your body from burning fat, it’s high in kilojoules, it can make you feel hungry, and it can lead to poor food choices.”

Beer, especially, is said to gather in the love handles and around the belly.

But then there’s this bottom-covering caveat: “It is unclear whether alcohol consumption is a risk factor for weight gain because studies performed to date have found positive, negative or no association.”

In other words, the research seems to be all over the show.

The point of new studies

The fact that any amount of alcohol takes a toll on the body has not, and will not, cause a significant number of people to take the pledge and stick to water, save for pregnant women, and that’s a short-term pledge.

The point of many new studies is to find the specific damage done by different drinks (cocktails versus bubbly, for example) and any bona fide health benefits that we can latch onto, and celebrate as reason enough to tie one on.

Oh yeah, and with research throwing up conflicting findings, there’s the matter of clarity: Is alcohol truly one of the drivers of the obesity epidemic?

In a Conversation article, Brittany Larsen, a PhD candidate in Neuroscience at Iowa State University, writes: “One reason for the inconsistencies in the literature could stem from the fact that much of the previous research has traditionally treated alcohol as a single entity rather than separately measuring the effects of beer, cider, red wine, white wine, Champagne and spirits.”

A new paper, co-authored by Ms Larsen, investigates whether changes in body composition associated with ageing, including increased visceral fat accumulation and bone loss, are driven by different alcoholic drinks.

Drinking beer and spirits was seen to increase levels of visceral fat – the harmful type of fat that accumulates between and around organs, and is linked to a heightened risk of cardiovascular disease, metabolic syndrome, and other health complications.

The protection was driven by reduced inflammation and elevated high-density lipoproteins or what we called good cholesterol.

White wine consumption had no effect on visceral fat accumulation, but the study “did show that drinking white wine in moderation might offer its own unique health benefit for older adults: Denser bones”.

The study tapped into a large-scale longitudinal database called the UK Biobank.

The researchers assessed “1869 white adults ranging in age from 40 to 79 years who reported demographic, alcohol, dietary and lifestyle factors via a touchscreen questionnaire”.

The researchers collected height, weight and blood samples from each participant and obtained body composition information using a direct measure of body composition called dual-energy X-ray absorptiometry, which is said to be the gold standard for diagnosing osteoporosis.

A statistical program examined the relationships among the different alcoholic drinks and body composition.

But the main protection is to sip, not guzzle.

Drink in moderation, and in company, which conveys feelings of wellbeing – one of the positives that doesn’t much get talked about.