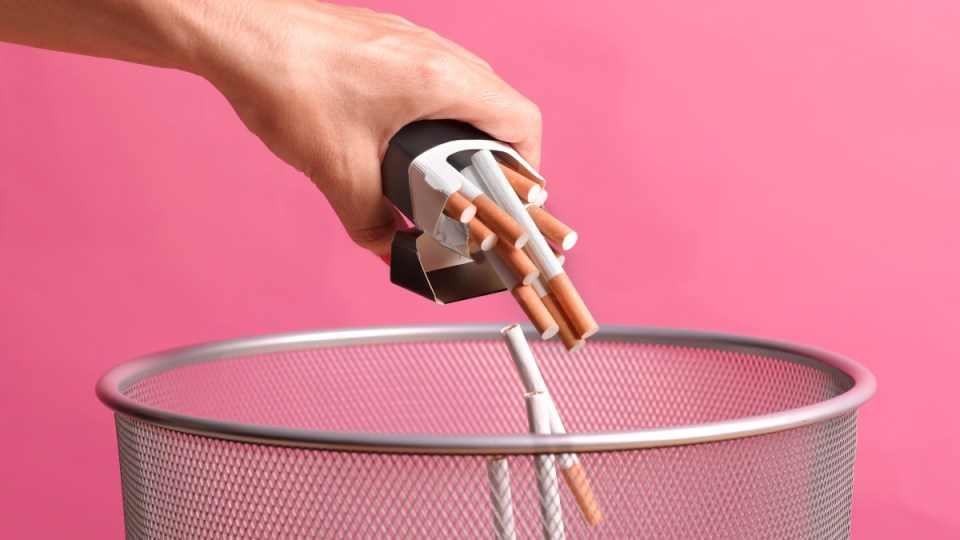 Smokers who have suffered a heart attack can save themselves and win back some healthy years. Photo: Getty

Smokers who have suffered a heart attack or bypass surgery are much like people standing at the edge of a cliff, leaning forward.

For one thing, they’re at a ridiculously high risk of having another heart attack or a stroke.

Secondly, and perversely, cigarettes can feel like a solitary and necessary comfort – after suffering a life-threatening event, and with another looming, it can seem there is no point giving them up.

The end is seemingly nigh, no matter what, or so the clunky logic goes.

Even  the researchers were surprised

But a new study has found that giving up smoking – for people who have had a heart attack or a procedure to open blocked arteries – “adds the same number of heart disease-free years to life as three preventive medications combined”.

“The benefits of smoking cessation are even greater than we realised … Patients could gain nearly five years of healthy life,” study author Dr Tinka Van Trier of Amsterdam University Medical Centre said in a statement.

In short: Stopping smoking is potentially the most effective measure for preventing another heart attack or a stroke.

The research was presented earlier this month at ESC Preventive Cardiology 2022, a scientific congress of the European Society of Cardiology.

According to the European Society of Cardiology, the study looked at data from 989 patients who were aged 45 and older, and “who were still smoking at least six months after having a heart attack and/or undergoing stent implantation or bypass surgery”.

The average age was 60 years and 23 per cent were women.

These patients were treated with standard preventive medications, including statins and blood pressure-lowering drugs.

The median time since the heart attack or procedure was 1.2 years.

The researchers used a tool called the SMART-REACH model to estimate healthy years (without a heart attack or stroke) if patients quit smoking.

“It is important to remember that the analysis did not even account for the other advantages of giving up the habit – for example on respiratory illnesses, cancer and longevity,” Dr Van Trier said.

She said cigarette smoking was responsible “for 50 per cent of all avoidable deaths in smokers, of which half are due to cardiovascular disease”.

Giving up cigarettes after a heart attack, she said, is linked with improved survival compared with persistent smoking.

It’s not a new message.

The value of the study is in establishing the number of years of healthy life gained from quitting: It might prove motivating for some people to take a step backward from the edge of that cliff.