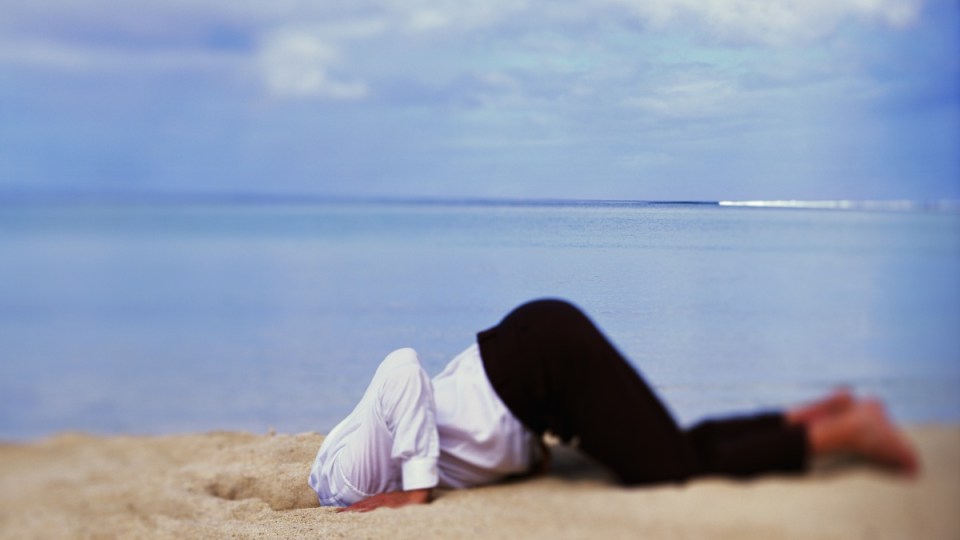 Some people have a low-level panic attack when trying to relax. Photo: Getty

About 40 years ago, a small study found that between 30 and 50 per cent of people become stressed when they try to relax.

It worked to relax almost half the group, but others reported feeling uptight.

More than that, as the exercises progressed, they exhibited symptoms such as sweating, an elevated heart rate and being overwhelmed by negative thoughts.

The clinical name for this paradox is relaxation-induced anxiety.

Does it have a cool name?

In an era that demands a cool but awkwardly squashed-together name, the condition is known as “stresslaxing”.

It’s made it into the Urban Dictionary: “Being so stressed that relaxing makes you more stressed because you’re not working on what’s making you stressed.”

Last month, posting on the dorksville of social media, LinkedIn, Sarah Walsh, Lead Performance Consultant at Essex County Council, asked in a soft-edged essay: “Are you a stresslaxer?”

Last week, The Conversation published advice on dealing with “stresslaxation” without giving a clear idea of what is happening in the restless minds of those afflicted.

There’s evidence that relaxing doesn’t come easy to most of us.

In 2014, Sarah Damaske, Assistant Professor with the Pennsylvania State University School of Labor and Employment Relations, conducted experiments in which she and her colleagues measured people’s cortisol levels, a major biological marker of stress, at work and home.

In an article she wrote for the Council on Contemporary Families, Dr Damaske reported:

“We found that people have significantly lower levels of stress at work than at home. These low levels of cortisol may help explain a long-standing finding that has always been hard to reconcile with the idea that work is a major source of stress.”

On the face of it, this suggests the legendary writer Robert Louis Stevenson was correct when he said, “Keep busy at something: A busy person never has time to be unhappy.”

On the other hand, The Guardian, in a report about Dr Damaske’s findings, suggested the term ‘downtime’ carries somewhat “sinister implications”.

To wit: “It risks defining every minute we’re not working, producing value for our employers and their shareholders, as time that exists solely for the purposes of recovering or relaxing or just hanging around until work – ‘uptime’ – begins again.

“If we gave it the respect it deserved, if we treated it as a different kind of uptime – we’d plan and structure it as carefully as our work lives.”

Relaxation-induced anxiety (RIA) is an area that researchers have picked at over the years.

It hasn’t been elevated to the level of a clinical diagnosis.

Perhaps this was because it wasn’t clearly understood – beyond the idea that RIA is marked by a desire or attempt to relax that triggers something like a low-level panic attack.

Penn State University researchers found that people who were more sensitive to shifts in negative emotion – quickly moving from a relaxed state to one of fear, for example – were more likely to feel anxious while being led through relaxation exercises.

“People may be staying anxious to prevent a large shift in anxiety, but it’s actually healthier to let yourself experience those shifts,” said Dr Michelle Newman, a professor of psychology and co-author of the study.

“The more you do it, the more you realise you can do it and it’s better to allow yourself to be relaxed at times. Mindfulness training and other interventions can help people let go and live in the moment.”

The study validated a theory that Dr Newman developed in 2011 – the ‘contrast avoidance theory’.

This is the idea that people may make themselves anxious “intentionally as a way to avoid the letdown they might get if something bad were to happen”.

In other words, you keep worrying, so you don’t get caught out if something terrible actually happens.

Dr Newman said, “This isn’t actually helpful and just makes you more miserable. But, because most of the things we worry about don’t end up happening, what’s reinforced in the brain is, ‘I worried and it didn’t happen so I should continue worrying’.”

Hence, the tendency toward stresslaxing.

‘Stresslaxing’: When trying to relax leaves you stressed