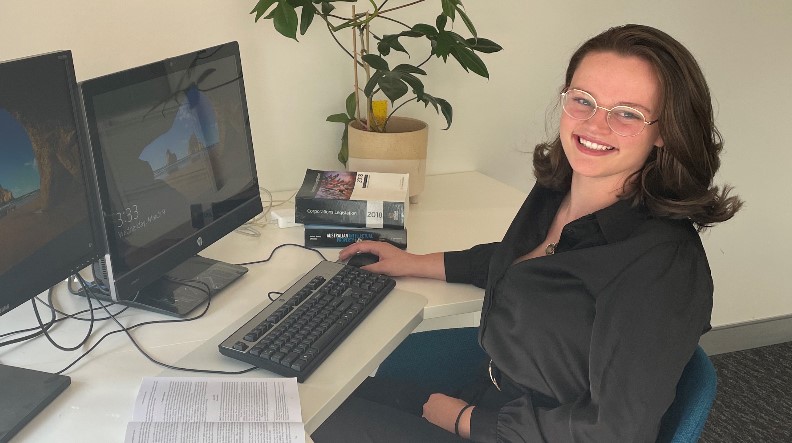 From when she was a baby, Taylor has lived with half a heart and has had multiple surgeries. Photo: Supplied

In her last year of university in Canberra, looking ahead to working as a lawyer and fulfilling her evolving dreams, she says it’s a great time to be alive.

But it’s a wonder she’s alive at all.

Ms Colvin was essentially born, seriously ill, with half a heart, a complex and rare defect known as hypoplastic left heart syndrome.

What does that mean?

It means that only Ms Colvin’s right ventricle was working.

A healthy body relies on the right side moving blood to the lungs, where the blood is oxygenated, and then circulating it to the left side.

The left ventricle then pumps blood into the aorta, which circulates the oxygen-rich blood to the rest of the body.

As a small baby, Ms Colvin had to undergo a Norwood operation, a procedure in which the heart is “rewired” to allow the right ventricle to circulate blood to the entire body.

Soon after, to take the load off the ventricle, she underwent a Glenn operation, which sends blood directly to the lungs. Ms Colvin’s veins were slightly pressurised to enable this.

Later came the Fontan operation. This enables the blue blood coming back from the body to flow into the lungs. Babies like Ms Colvin end up looking pinker after this operation.

The problem with the Fontan is it tends to bring on progressive liver fibrosis, a build-up of fibrous deposits, as a result of the circulation created by the surgery.

Heart and lung transplant a possibility

So, at some point, Ms Colvin may need a heart and liver transplant.

She would rather not. Life as it is, as she has made it, is a good one.

The heart that was so radically remade when she was a baby has served her well.

From a young age, she has been determined to live as adventurous a life as possible: Camping, hiking, canyoning – anything that brings her under the big blue sky.

At the age of nine, she began rock climbing. This didn’t require much cardio effort, but it did call on muscle strength and balance.

“When I think of something I want to do, I just do it. I don’t think, ‘I’ll wait until my employment is stable or until I’ve finished studies’,” Ms Colvin said.

At the moment, her condition is stable. If it deteriorates, and the transplants will save her life, then yes, she’ll accept them.

Ms Colvin is not “naïve to the reality” that her life could be cut short.

The fact is, before the 1980s, when the Norwood procedure was developed, 95 per cent of babies born with hypoplastic left heart syndrome died within the first month of life.

Today, congenital heart disease (CHD) accounts for about 7 per cent of all infant deaths and many of those deaths are from hypoplastic left heart syndrome.

Survival rates are improving, and more people are living into their adulthood, but a 2021 review of patients in England and Wales found less than 50 per cent survived to the age of 15.

Ms Colvin shared her story with The New Daily because she’s helping to promote the Australian New Zealand Congenital Heart Disease Registry to improve the lives of people living with the condition, and of their families.

It’s hoped the registry will enable doctors to track a patient’s life span, medical needs and also provide information and data for other CHD patients on life events like falling pregnant.

Eight babies are born every day in Australia with congenital heart disease (CHD).

This refers to a suite of problems with the heart’s structure, which can lead to abnormal heart rhythms, blue-tinted skin, shortness of breath, difficulty feeding and/or swollen body organs.

“A National CHD Registry will help doctors and researchers better understand the disease, track its prevalence, the burden on the health system and the outcomes of people living with the condition,” said the Heart Research Institute’s Clinical Research director and CHD Registry chairman, Professor David Celermajer.

“Children with CHD receive superb care when young, but as they become teenagers more than half get lost in the system when their care is transferred from a children’s hospital to an adult one.”

Some teenagers may be in denial about their condition, “not wanting to feel that they need ongoing medical support despite parents and doctors urging them to continue”.

Professor Celermajer said this can have dire consequences “as the death rate and serious complications are over three times higher for those not receiving ongoing and expert medical care”.

Living with half a heart: Young congenital heart disease patients ‘get lost in the system’