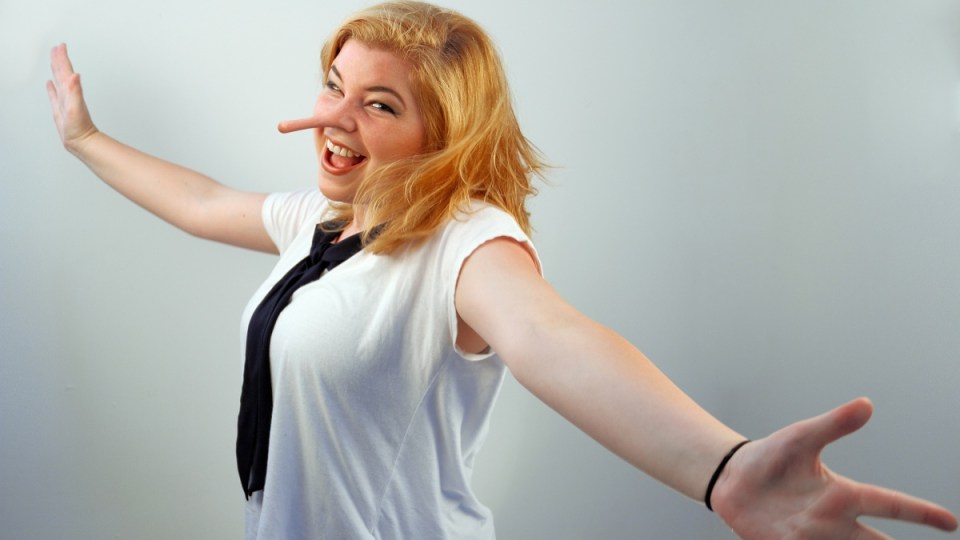 The dark empath knows exactly what you're feeling, and you probably won't see what she's really up to. Photo: Getty

Now and then, Superman turns to evil in comic books and movies.

He’s even been drunk, belligerent and bullying.

All those extraordinary powers in the hands of a raging madman.

Now researchers have found a real-life situation that mirrors the bad-Superman scenario.

These personalities may not physically harm you, but they have manipulative skills to empty your bank account while crushing your heart.

Empath? Isn’t that a wellness thing?

An empath is a highly empathetic person, someone who feels more empathy than most people.

More than putting themselves in someone else’s shoes as an act of imagination, or seeing another perspective, an empath will actually feel what the other person is feeling. And that includes physical pain.

This has been demonstrated in MRI scans: When an empath sees someone experiencing a range of emotions, the empath’s brain lights up the neural circuits associated with those feelings.

Their brains go into sync with others

MRI scans have also revealed a neural relay mechanism in the brain that allows empaths to “mimic the postures, mannerisms, and facial expressions of others”, according to a report from Medical News Today, citing some small and, on the face of it, somewhat strange studies. Read more here.

But imagine these abilities in the hand of someone motivated by malice instead of niceness.

Most of us have a bit of the bastard in our psychological make-up – an unpleasant and primal necessity to aid our survival in the face of threat.

Psychologists have named three “dark personality traits” that allow us to be callous (health workers need to block out the screaming to get their job done), disagreeable (the ability to stick up for yourself and your values) and antagonistic (ready to rumble or manipulate in the face of competition).

These reasonable, if unpleasant, behaviours, stem from what’s known as “the dark triad” traits:

“Such traits exist on a continuum – we all have more or less of them, and this does not necessarily equate to being clinically diagnosed with a personality disorder.”

People high in these traits tend to be aggressive, dangerous and criminal.

Although they are talented at putting on a winning face, in the short term at least, they’re generally thought to have low empathy or none at all.

However, in a study published last year, a Nottingham Trent team –including Heym and Sumich – discovered a new category of dark trait, the ‘dark empath’.

This is someone high in psychopathy, Machiavellianism and narcissism, with “above average empathic capacities”.

While less aggressive and physically threatening, ‘dark empaths’ are especially dangerous because they’re hard to spot.

How many ‘dark empaths’ are out there?

The researchers recruited 991 people who were assessed for narcissism, Machiavellianism, psychopathy, cognitive empathy and affective empathy.

Initially, the participants filled out questionnaires. The researchers then deployed a tool called latent profile analysis that establishes clusters of people with different profiles of certain trait combinations.

This profile analysis has been used in the workplace to group employees by shared attitudes, behaviours and motivation. In this instance, the participants were grouped by where they sat on the dark trait and empathy continuum.

They found a “traditional dark triad group” with low scores in empathy in about 13 per cent of participants.

About 34 per cent were “typicals” with lower to average levels across its dark triad traits and empathy. They more or less evened out in the mix of light and dark.

About 33 per cent, or one in three, were compassionate empaths with low dark traits.

The analysis revealed a new cluster: About 20 per cent – one in five of the participants – were ‘dark empaths’.

“They had higher scores on both dark traits and empathy,” the authors write.

“Interestingly, this latter group scored higher on both cognitive and affective empathy than the ‘dark triad’ and ‘typical’ groups.”

This means they could both intellectually understand and feel others’ emotions.

So what does this mean?

Finally, the four groups were characterised “based on measures of aggression, general personality, psychological vulnerability and wellbeing”.

The dark empaths were not as aggressive as the traditional dark triad group.

“Nevertheless, the dark empaths were more aggressive than typicals and empaths, at least on a measure of indirect aggression – that is, hurting or manipulating people through social exclusion, malicious humour and guilt-induction.

“Thus, although the presence of empathy was limiting their level of aggression, it was not eliminating it completely.”

They also found that presence of empathy in ‘dark empaths’ “appears to encourage an enjoyment of being or interacting with people. But it may potentially also be motivated by a desire to dominate them”.

Who are these people?

“The danger of this personality profile is that their empathy, and likely resulting social skills, make their darkness harder to spot.

“We believe that dark empaths have the capacity to be callous and ruthless, but are able to limit such aggression.”

In short, these are “the brilliant political operators who always manage to hide their nasty machinations enough to rise in the ranks”.

Good to know with an election on.

There’s a new psychopath in town. And he’s so sweet it’s scary