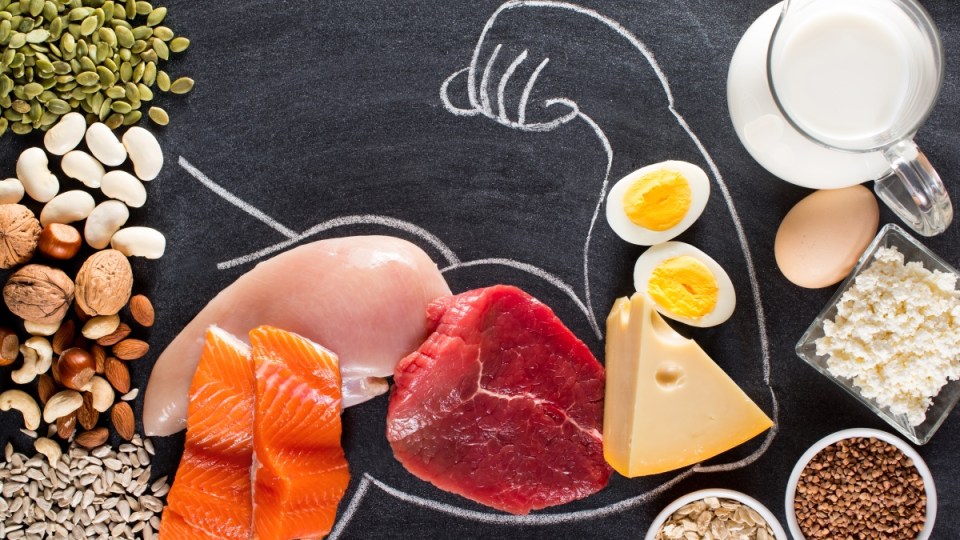 We don't need a lot of protein, and it can't all be from steak and chops. Photo: Getty

Despite all this talk that more Australians are toying with vegetarianism, and despite the endless drum-beating about red meat giving you cancer and a dodgy heart, we continue to have one of the world’s highest levels of meat consumption.

Analysis published in December found Australians eat about 95 kilograms of meat per capita every year. The global average is 35 kilograms.

The article, ‘The Evolution of Urban Australian Meat-Eating Practices’, argues our meat-eating habits are driven by a blokey culture, an association with social status, a perception that plant-based diets are inadequate and lame, and ignorance about cooking legumes and tofu.

On the other hand, the authors point to a survey that found almost 20 per cent of those sampled “identified as meat-reducers”.

Furthermore, the authors say, 87 per cent “of the meat reducer segment reported consuming a meat-free dish as their main meal at least once a week”.

They point to another survey that found almost 20 per cent described themselves as “flexitarian”, which is cool.

But it may not translate to more lentils, nuts, whole grains, fish and dairy hitting the dinner table as new favoured sources of protein.

A new study found why we need variety

Chinese researchers found that “eating protein from a greater variety of sources is associated with a lower risk of developing high blood pressure”.

Good to know because blood pressure is literally out of control in Australia.

One in three adults – more than six million Australians – has high blood pressure.

Of those afflicted, only 32 per cent have their hypertension under control. That leaves about four million Australians as ticking time bombs.

In December, in the Medical Journal of Australia, Professor Alta Schutte, Professor of Cardiovascular Medicine at UNSW Sydney, called for a national taskforce to tackle the issue.

By improving control of hypertension, the risks of coronary heart disease, dementia and cerebrovascular disease will be substantially reduced.

The Chinese study suggests changing your diet will go some way to solving the problem.

“Nutrition may be an easily accessible and effective measure to fight against hypertension. Along with fat and carbohydrates, protein is one of the three basic macronutrients,” said study author Dr Xianhui Qin, of the National Clinical Research Center for Kidney Disease at Nanfang Hospital, Southern Medical University in Guangzhou, China.

The study authors analysed health information for nearly 12,200 adults (average age 41), who had taken part in multiple rounds of the China Health and Nutrition Survey from 1997 to 2015.

Over three days in the same week, participants shared what they had eaten.

One point was given for each source of protein, with a maximum variety score of 8. The researchers then evaluated the association for new onset hypertension in relation to the protein variety score.

New-onset hypertension was defined as blood pressure greater than or equal to 140 mm Hg/90 mm Hg, the use of blood pressure-lowering medicine, or self-reporting that a physician had diagnosed high blood pressure.

More than 35 per cent of the participants developed new-onset high hypertension during the follow-up.

The amount of protein eaten was also a factor. Consumption was divided into five categories, from least to most intake.

The researchers found that “people who ate the least amount of total protein and those who ate most protein had the highest risk for new onset of hypertension”.

The researchers didn’t ask why a variety of proteins was more healthy. But nutritionists, doctors and health writers have banged on about it for years.

Lean red meat is high in quality protein but provides no fibre or healthy fats. Processed meats are high in saturated fats and salt and are the worst.

Fish is high in long-chain fatty acids, which are good for the brain. Lentils and whole grains are high in fibre.

Hand on heart, a bit of each during the week might stop you from carking it in the street. Which is just undignified and unmanly.