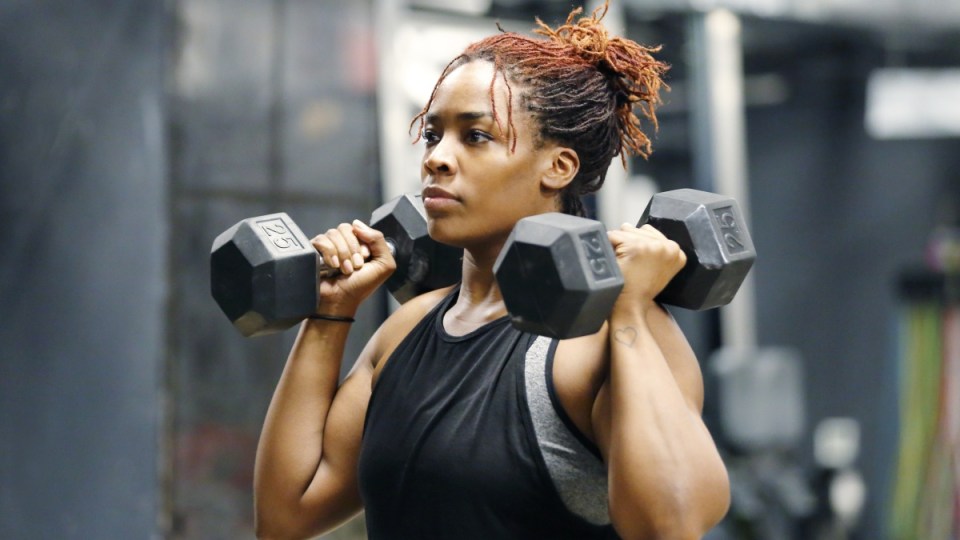 Scientists are looking at how to make exercise more efficient. Photo: Getty

You’ve probably rolled your eyes at those infomercial programs where sexy, toned people exercise on a dinky new machine, with all the mindless sweat-free dedication of hamsters.

Results guaranteed to show in a matter of days!

Doing any kind of exercise is good for you, obviously.  And yet we get the feeling that these people are somehow shysters.

Well, sometimes science appears to outdo the shysters in making what appear to be wild claims in highly respected news outlets.

A couple of weeks ago, The New York Times published such a piece: “Stronger Muscles in 3 Seconds a Day.”

Our national broadcaster did a radio segment.

It was one of those quirky yarns that went around the world, and it had more entertainment.

The study was an Australian one, from Edith Cowan University, in collaboration with Niigata University of Health and Welfare in Japan.

The researchers recruited 39 men and women university students who were healthy couch-dwellers.

Five days a week they visited a laboratory and did their mini-workout on a contraption called an ‘isokinetic dynamometer’, a fancy version of a weights machine.

There’s a lever that is be pushed or pulled, up or down, with a varying degree of resistance.

Some of the participants slowly lifted the lever’s weight, as if curling a dumbbell: This is what’s known as a concentric contraction, during which the biceps are shortened.

A third group held the lever’s weight steady, against gravity, in what’s known as an isometric contraction.

The machine was weighted so the participants had to work as hard as possible, but only for three seconds. And they were done for the day.

This was repeated, five days a week, for four weeks: 60 seconds of working out in total.

The group that had pulled the lever down, making the more demanding eccentric contraction, increased their biceps strength by up to 12 per cent. Which is significant for a group of people who did no exercise at all.

You can read more about this study at Edith Cowan.

Brief intensity an area of study

The three-second weights training is the latest in micro-workouts being investigated by scientists.

The purpose is two-fold.

Firstly, to see what a brief moment of stress does to the body, both the muscles and metabolism. The impact is significant and beneficial.

Just a moment of intense effort sets off a cascade of physiological events that appear to serve the body’s wellbeing.

Secondly, researchers are trying to find the most efficient exercise plan (the biggest result for the briefest effort) in part for the benefit of couch potatoes who complain they have no time to work out.

The real take-away here is: Just getting off your backside and making a momentary effort pays off.

In January last year, The New Daily reported on a new study that found that exercising in four-second go-hard intervals – repeated five times an hour – quickly prods the body to become stronger and fitter.

These micro-workouts helped to improve fat metabolism – overcoming what’s known as ‘exercise resistance’ – and lower triglyceride levels in the bloodstream.

Exercise resistance is where the body has turned into a physiological blob that derives little to no benefit from moving around.

The flat-out intensity of the four-second sprint apparently jolts the body into overcoming that resistance.

These results were attained by middle-aged and older participants (nearly 70 years old) who would otherwise be killing themselves by sitting around for hours at a time.

Exercise in three seconds? Not as ridiculous as it sounds