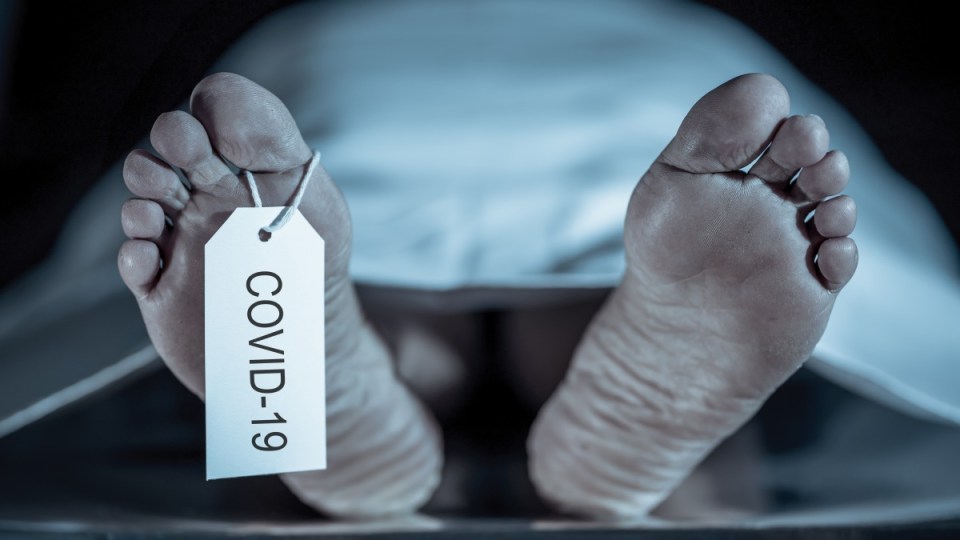 New research suggests COVID-19 has killed as many people as died in the first World War. Photo: Getty

If the findings of a major new study, published in The Lancet, are correct, the COVID-19 pandemic has probably killed 20 million people worldwide.

That’s the same number of people killed in the First World War.

But a systematic analysis, a collaboration of about 100 international scientists, estimates “18.2 million excess deaths occurred over the same period, suggesting the full impact of the pandemic may have been far greater.”

The researchers estimate 5.3 million people (not far behind the official global total) have died from the pandemic in South Asia alone.

At the country level, India had the most “excess deaths”: 4.07 million.

This is the first peer-reviewed study to investigate what’s called excess mortality during the pandemic. But it’s not the first to tackle the question.

In May, The Economist, using a machine-learning algorithm, found there had been seven million to 13 million excess deaths worldwide.

The magazine has continued its analysis and in January estimated that 12 million to 22 million people had died globally – which is between two and four times the pandemic’s official toll.

The author of the new study advised: “At the global level, our excess mortality estimates are very similar to those reported by The Economist, the only other source of COVID-19 excess mortality at a global scale for a similar time period.”

What is excess mortality?

According to Our World In Data – a collaboration between Oxford researchers and the non-profit Global Change Data Lab –  excess mortality is a term “used in epidemiology and public health that refers to the number of deaths from all causes during a crisis above and beyond what we would have expected to see under ‘normal’ conditions”.

Excess mortality captures not only the confirmed deaths caused by the pandemic, but also “COVID-19 deaths that were not correctly diagnosed and reported, as well as deaths from other causes that are attributable to the overall crisis conditions.”

It’s a crucial measurement, but it can’t be known precisely. Only an estimate can be arrived at.

So, when The Economist talks about seven million to 13 million excess deaths in relation to the pandemic, it’s making this calculation: these deaths weren’t expected based on previous trends, the pandemic is the new and powerful element, therefore these excess deaths are most likely related to COVID-19.

But this rate varied greatly: Twenty-one countries had an excess mortality rate that exceeded 300 deaths per 100 000 of the population.

After India, the US had the second-highest cumulative excess deaths: 1.13 million.

India, the USA, Russia, Mexico, Brazil, Indonesia and Pakistan accounted for more than half of all pandemic deaths.

The authors write: “We estimated that several countries, including Australia and New Zealand, have had negative excess mortality during the pandemic.”

That means we had fewer people die than in normal years. Why?

According to the Australian Institute of Health and Welfare, during 2020, Australia recorded lower than expected total mortality rates compared with age-standardised mortality rates for the previous five years.

“This is in contrast to many other countries where excess mortality (higher than expected deaths) was observed,” the AIHW advised.

Age-standardised death rates for influenza and pneumonia, and chronic lower respiratory infections were lower in 2020 than the previous five-year average, and were particularly low during the winter months.

There was also a reduction in injuries due to falls and road traffic accidents, with fewer presentations to hospital emergency departments and road deaths.

We have to keep in mind, though, that Australia’s COVID-19 death toll didn’t really start rising to significant numbers until January. The Lancet data went to December 31, 2021, and missed that spike.

In January, Nature magazine published an essay that looked at why the global death toll wasn’t accurately recorded, noting that estimates put it at two to four times the official records.

One problem was the “varying approaches to recording COVID-19 deaths”.

Early in the pandemic, the Netherlands “counted only those individuals who died in hospital after testing positive for the coronavirus”. Other countries did likewise.

Neighbouring Belgium “included deaths in the community and everyone who died after showing symptoms of the disease, even if they weren’t diagnosed”.

And some official data is “flawed”.

More than 100 countries, including China, India and many African nations, “do not collect reliable statistics on expected or actual deaths at all, or do not release them in a timely manner.”

The push to calculate a global death toll, with the pandemic still in train,  “is an exercise that combines sophisticated statistical modelling with rapid-fire data gathering.”

These data-gatherers know that “any answer they provide will be provisional and imprecise”.

But there are good reasons to try. For one thing, they hope to “counter misleading claims prompted by official figures, such as China’s count of just under 5000 COVID-19 deaths or Russia’s of just over 300,000”.

China, though, had only 4820 deaths, as per the official record. There were apparently no excess-death estimates to work with.