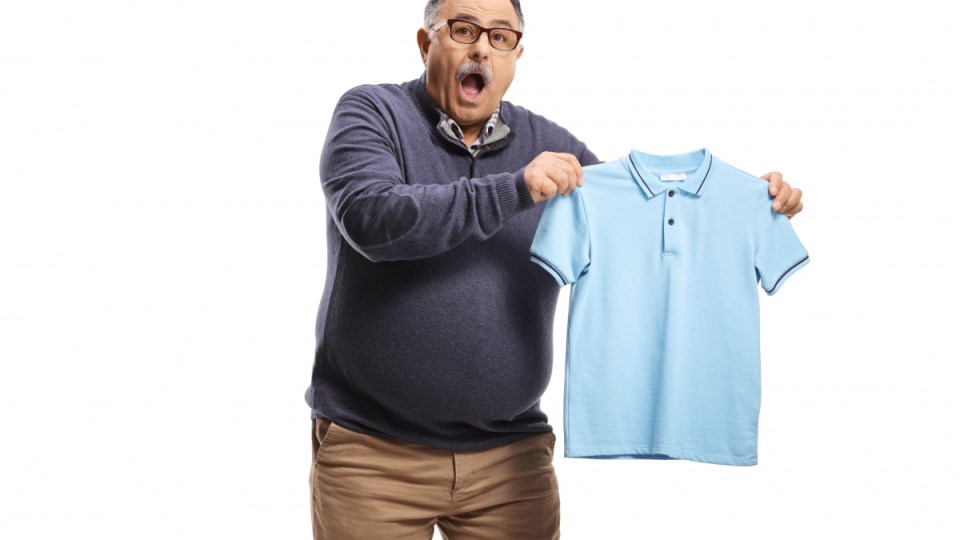 Gaining weight in middle age was associated with a loss of self-worth. Photo: Getty

Comedian Ruby Wax once observed in her stage show: Men in middle age grow a stomach and then they die.

Men seem to agree with her, but in a sad way – with middle-aged participants of a new study digging deep into their feelings about being overweight or obese.

In short: These men, aged between 35 and 58, found it “inevitable” that they’d gained a significant amount of weight, believing it was a consequence of family and career responsibilities.

The participants in this UK study reported feeling despondent and of low self-worth – and weight gain was an inevitable consequence of their life choices.

The researchers, from Anglia Ruskin University (ARU), found that comfort eating was blamed for much of the weight gain, “but interviews showed little awareness of other nutritional factors such as food types and portion sizes”.

The psychological burden of obesity

As much as this suggests a group of people who have lost control over their lives, or at least resigned from trying, these men were actually making an effort.

They had enrolled in The Alpha Programme (TAP), a football and weight management project delivered in community venues.

It was run by lead author of the paper, Dr Mark Cortnage, a lecturer in Public Health at ARU, and a researcher who investigates methods of long-term weight maintenance.

Before enrolling in the programme, the men were asked “why they felt they had put on weight, whether they were concerned about their health, what previous attempts had they made to lose weight and, perhaps most significantly, how they felt about being overweight or obese”.

As much as this would have been like picking at a scab, people with obesity need more than a strict diet and exercise plan, they need to understand themselves and their mental health.

In 2016, the Endocrinology and Metabolism Clinics of North America – which treat the hormonal irregularities that underpin obesity – published a detailed explainer about the mental health component of the disease.

Many individuals who have obesity “also struggle with issues related to their mood, self-esteem, quality of life and body image”.

So the men were asked to talk

This was a qualitative study that featured in-depth interviews with eight participants aged between 35 and 58.

It was a matter of story-gathering more than analysing data.

It provides a useful snapshot of obesity as a problem that’s deeply resented, but also one that has somewhat been surrendered to – and even worse, one that signals perceived failure in life.

The men  were overweight or obese

A body mass index (BMI) of more than 25 is considered to be overweight, and over 30 is defined as obese.

From the discussions, it emerged consistently that family and employment “were the two main factors attributed to their predicament”.

One man, a 43-year-old with a BMI of 38.9, said: “I’ve always been quite active, always played football, always done something, and then the kids came along … before you know it you’re not younger and I was eating the same sort of stuff.”

Another, also 43 and with a BMI of 39.6, said: “There’s more pressure at work now because I’ve got more of a managerial role. So there’s more responsibility and more time there. So, there’s less flexibility in when you eat.”

Dr Mark Cortnage said that there is a tendency to forget how much our lifestyles, in particular family and employment, impact weight gain.

“This weight gain takes place over years and decades and as such, short-term dietary options fail to influence the deeper behavioural and lifestyle issues,” he said.

Dr Cortnage said that many men “would benefit from an education around food, such as food selection, integration of diet [and] sustainable weight management practices in order to develop a more complete understanding of the relationships between food and lifestyle”.