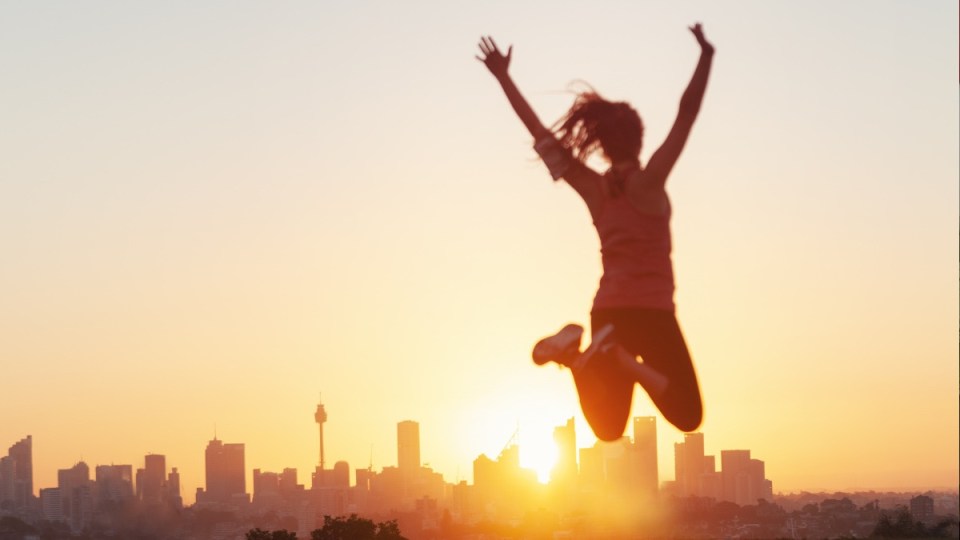 Moring or evening exercise? Just get out there. Photo: Getty

Sometimes scientists go to a lot of trouble, deliver something interesting, complex and promising, even beautiful in a way.

And yet they seem to fall short in answering the basic question the rest of us are interested in.

Life on Mars? Every month or so there’s a fascinating discovery that suggests … well, maybe.

The question of ‘is it better to exercise in the morning or evening?’ has also been extravagantly investigated in a new study. The results were fascinating for scientists, but remain, for the time being, old news in their usefulness for regular folk.

In effect, they have mapped how different parts of the body – tissues and organs, and the molecular clocks that exists in every cell – become excited and ‘talk’ to one another after we’ve gone for a jog.

These signals have “a broad impact on health, influencing sleep, memory, exercise performance, and metabolic homeostasis”.

One interesting finding was how “exercise can help to ‘realign’ faulty circadian rhythms in specific tissues”.

For example, faulty circadian clocks have been linked to increased risks of obesity and type 2 diabetes.

There’s a lot to it, and in the long run this project could be highly influential in developing a more nuanced understanding of how we benefit (or don’t) from working out at different times of the day.

The New York Times ran a lengthy piece that called the study – which involved mice jogging on tiny treadmills – “ambitious”.

But in the end, if the mice behaviours hold true in people, the NYT concluded, “it might suggest morning exercise contributes more to fat loss, whereas late-day workouts might be better for blood-sugar control”.

But we’ve known that for quite a while now

Supporting the idea that exercising in the evening is particularly good for people with type 2 diabetes is new research from the Australian Catholic University, published last year.

You can read a friendly translation of the findings on Diabetes Australia’s website.

There’s plenty of research supporting morning as the long-favoured time to work out. But there is growing evidence that evening exercise delivers its own significant benefits.

Reported benefits of a morning workout

Perhaps the strongest argument for exercising in the morning is it’s the best way to burn stored fat and lose more weight, especially if done on an empty stomach.

A 2019 report in TIME magazine featured Dr Anthony Hackney, a professor in the department of exercise and sport science at the University of North Carolina Chapel Hill.

Dr Hackney advised that this weight loss occurred because “the body’s hormonal composition in the morning is set up to support that goal”.

In the early morning hours, he said, “you have a hormonal profile that would predispose you to better metabolism of fat”.

He said that people naturally have elevated levels of cortisol and growth hormone in the morning – both of which are involved in metabolism. This what causes you to “draw more of your energy from your fat reserves”.

Research from Brigham Young University (2012) found that 45 minutes of moderate-to-vigorous exercise in the morning reduced a person’s motivation for food.

The 35 female participants were shown photographs food and had their brain activity measured following the workout. The ‘attentional response’ to the food pictures actually decreased after the brisk activity.

“This study provides evidence that exercise not only affects energy output, but it also may affect how people respond to food cues,” the authors said.

The morning workout also resulted “in an increase in total physical activity that day, regardless of body mass index”.

“We wanted to see if obesity influenced food motivation, but it didn’t,” the authors said.

Interestingly, the women in the experiment did not eat more food on the exercise day to “make up” for the extra calories they burned in exercise. In fact, they ate approximately the same amount of food on the non-exercise day.

A 2014 study from Appalachian State University found that 30 minutes of moderate-intensity exercise on a treadmill at 7am resulted in lower blood pressure scores and improved overall sleep quality compared to the same exercise done at 1pm or 7pm.

One of the problems with morning workouts is we tend to wake up stiff and not so flexible, and your resting heart rate is lower than later in the day – all of which means you’ll take longer to warm up before commencing your workout.

Also, your core temperature is lower than in the evening. As our body temperature increases, so does muscle function, strength, performance and endurance – as found in a 2013 study that compared morning and evening performance.

According to an explainer at Healthline, oxygen uptake kinetics are faster in the evening, “which means you use your resources more slowly and effectively than in the morning”.

There’s also evidence that when exercising in the evening, it takes us 20 per cent longer to reach exhaustion. Again, this suggests we get a better quality workout and perform better in the evening. This perhaps matters more to people involved in competitive sports.

The Australian Catholic University research published last year found that “men who were overweight and at risk of diabetes had better overnight blood sugar control when they exercised in the early evening rather than in the morning”.

The later workouts upped the metabolic health of the evening exercisers more “than those who performed the same exercise earlier in the day”.

Given that 280 Australians develop diabetes every day, perhaps more of us need to take that brisk walk in the late afternoon.

One long-standing argument against exercising at night is that it disrupts sleep. That might not be true.

A 2019 paper found that evening high-intensity workouts do not disrupt sleep. Even better, late-day exercise will eventually reduce levels of the hunger-stimulating hormone ghrelin.

So working out in the evening can, over time, suppress appetite when you really need it suppressed, to avoid bedtime snacking and buttered-toast weight gain.

Unvaccinated Pauline Hanson has COVID
‘Should have been a penalty’: Boy crash-tackled by PM gives his verdict
Amber Heard’s sister and friend give evidence
Apple sued over ‘ear shattering’ AirPods alert
Russian Google to file for bankruptcy
Man arrested at NSW school for bestiality
Healthwise, a banana a day does more good than you might think
Today's Stories

Best time to exercise? Morning and evening have different benefits