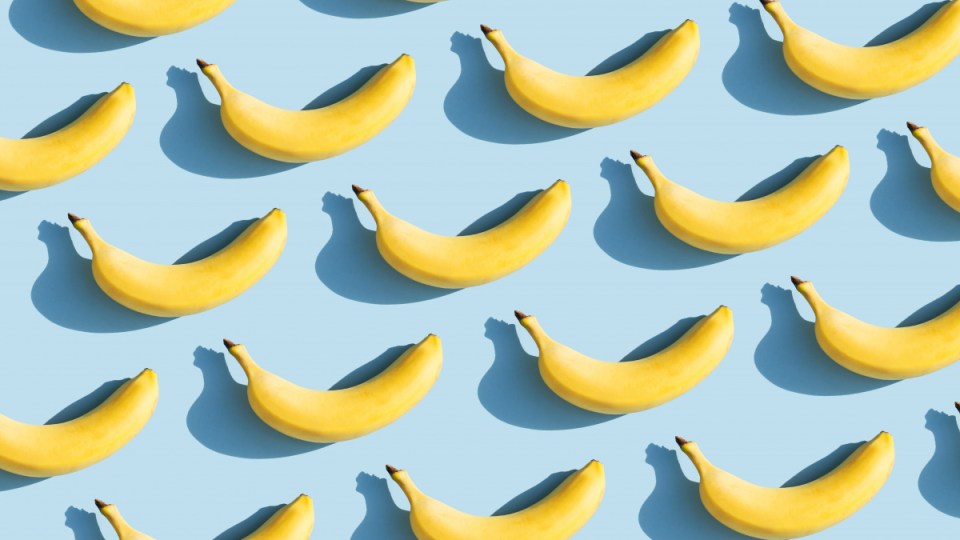 A banana is probably your most nutritious snack choice. Photo: Getty

The banana gets a bad rap in some quarters. The claims made against bananas include: They lead to weight gain; they’re full of starchy empty calories (as many as a candy bar, the legend goes).

They’re also said to play havoc with blood sugar and make you constipated.

None of this is true.

The Harvard School of Public Health has seen fit to publish a sober myth-buster – and a fairly detailed analysis of how bananas are good for cardiovascular health (notably regulating the electrical working of the heart), digestive health, and blood sugar control.

The Harvard piece notes that the banana’s poor reputation goes back a long way, with the American Medical Association, in 1917, writing in defence of banana. More than that, at that time it was endorsed as a health food for children, and as “a treatment for coeliac disease”.

But let’s get back to basics: a Snickers bar contains 243 calories and 47 grams of refined sugar. A banana contains 112 calories, 15 grams of unrefined sugar and virtually no fat.

Bananas are more nutrient dense than many foods, including candy bars. They reportedly keep you fuller for longer, a hallmark of foods that help control weight gain.

As the Harvard report notes: there is no evidence that bananas promote weight gain unless you eat a barrowful. As it goes with any food.

Diabetes patients are recommended to choose foods with a low glycaemic index (GI). This is a measure of blood sugar levels that comes from eating different foods.

Foods with a GI score of 55 or less are rated as low, because they don’t raise blood sugar significantly. Which means they don’t promote the blood sugar spikes that over time prove dangerous to people with diabetes. These accumulated spikes are responsible for causing blindness and the heart problems that kill people with poorly controlled diabetes.

According to the International Glycaemic Index Database, ripe bananas have a low GI of 51,and slightly under-ripe bananas are even lower at 42. This means that bananas, rather than causing problems with blood sugar, serve to help regulate those dangerous spikes.

The Harvard report advises that bananas are included in what’s known as the BRAT diet (Bananas, Rice, Applesauce, Toast), “a once commonly prescribed regimen for patients with diarrhea or who required a bland, easy-to-digest diet after stomach ailments”.

It’s this role in replenishing nutrients lost to diarrhea that has given bananas their reputation for causing constipation.

Bananas play an even more important role with people who have lost electrolytes from diarrhea or vomiting, notably potassium, which plays a vital role in regulating your heartbeat, and in lowering potentially dangerous sodium levels.

A source of resistant starch

There are 28 grams of carbohydrates in a banana, and some of that is resistant starch, more so when the banana isn’t yet ripe.

Regular starch, as found in a potato, burns up quickly in the small intestine – little of the potato survives long enough to pass through to the large intestine.

Resistant starch gets its name from how it ‘resists’ digestion in the small intestine. When it moves into the large intestine, it behaves like a form of fibre by fermenting and feeding the resident ‘good’ bacteria.

In this way, bananas play yet another role in digestive or gut health.

See more about resistant starch in our report from August.

Last week we published an explainer about nutritional psychiatry: how the food we eat can support our mental health.

Bananas can help with depression because they contain significant  levels of tryptophan, an essential amino acid that is used to produce niacin, which in turn plays a vital role in creating the serotonin – the happy-mood neurotransmitter.

Bananas are a component of the DASH (Dietary Approaches to Stop Hypertension) that is designed to control blood pressure.

Bananas contain more than 10 per cent of our daily requirement of potassium, which helps regulate blood pressure reducing sodium in the blood, one of the drivers of hypertension.

In other words, bananas play a protective role against heart attack and stroke.

Healthwise, a banana a day does more good than you might think