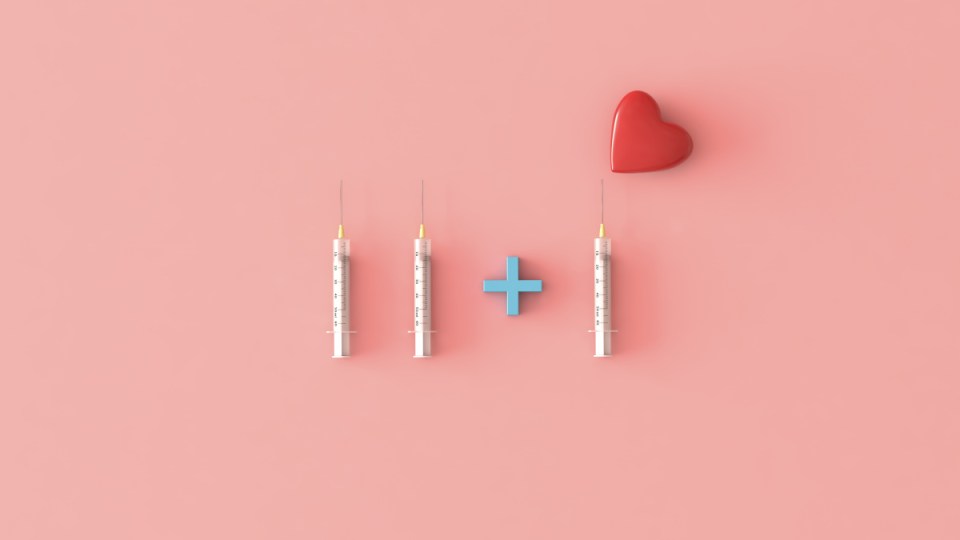 Over the past couple of days, as understaffed hospitals struggle to keep their floors clean of excrement, and army troops are being deployed to drive ambulances, New South Wales’ top doctor has been pleading with the public to get a booster shot.

“I can’t stress enough the urgency of getting boosters,” she said.

It’s not news that a booster, or third COVID-19 jab (either Moderna or Pfizer) has been made necessary by the highly infectious, vaccine-resistant Omicron variant.

Public health policy is betting the farm on boosters dampening the Omicron crisis.

These states reduced the interval between second and third COVID-19 jabs from four months to three on Wednesday.

More than five million people will be able to get a third shot at state-run vaccination hubs.

Victorian Premier Daniel Andrews has said that having a third shot may be necessary for people to be certified as fully vaccinated.

But will it make a difference?

British researchers, analysing data from the ongoing COV-Boost trial, found that for people who have received two jabs of the AstraZeneca vaccine, a Pfizer booster is 89.6 per cent effective at preventing symptomatic disease, compared to double vaccination.

A Moderna booster is 95.3 per cent effective.

For those who had Pfizer doses first, the relative effectiveness of the Pfizer booster is 82.8 per cent and Moderna 90.9 per cent compared to double vaccination.

This means that, with a booster shot, you may test positive for the virus, but in many cases you won’t show signs of illness.

The authors conclude: “This study provides real-world evidence of significant increased protection from the booster vaccine dose against mild and severe disease irrespective of the primary course.”

Boosters appear to keep more older people out of hospital.

According to figures from the UK Health Security Agency, about three months after they received the third jab, protection against hospitalisation among those aged 65 and over remains about 90 per cent.

Two large studies, conducted in Israel and published in the New England Journal of Medicine, found a significant lift in protection against serious disease and death among people who have received a booster shot.

One study looked at data from more than 840 000 vaccinated people aged 50 years or older, 90 per cent of whom received a booster shot.

Across age groups, “COVID-19 cases and severe illness were substantially lower among those who received a booster, as were deaths among those aged 60 years or older who were boosted”.

The Journal of the American Medical Association noted that: “Together, the findings indicated that COVID-19 boosters have a relative effectiveness of 90 per cent to 95 per cent against severe disease or death.”

In the New England Journal of Medicine, editorialist Dr Minal K. Patel, of the US Centers for Disease Control and Prevention’s COVID-19 Response International Task Force, noted that the studies “provide much-needed evidence of the effectiveness of the booster dose”.

To book a booster shot at a pharmacy, go here.