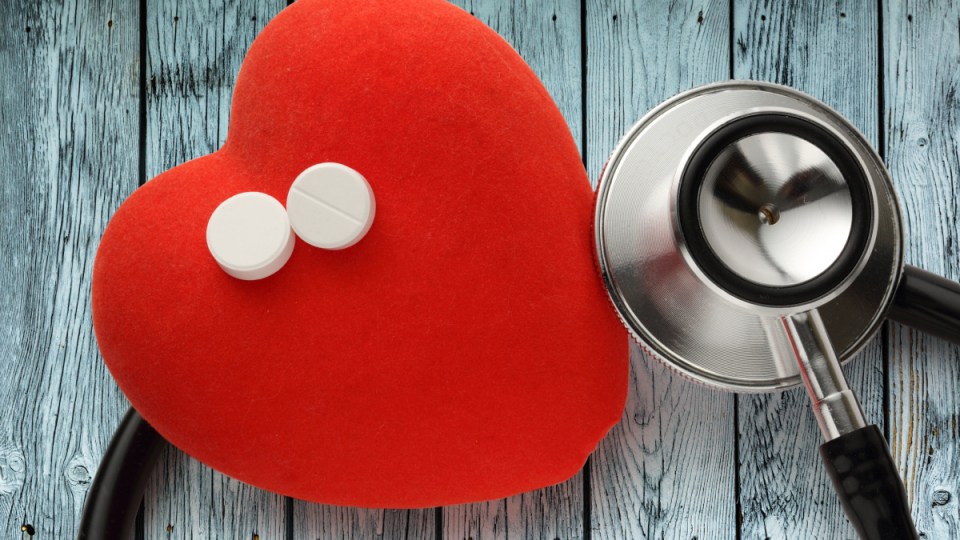 For people with predisposing conditions such as obesity and smoking, taking aspirin increases risk of heart failure. Photo: Getty

The controversy over the links between aspirin and heart health has just become more complicated.

A new study reports, for the first time, that consuming aspirin “is associated with a 26 per cent raised risk of heart failure in people with at least one predisposing factor for the condition”.

“This is the first study to report that among individuals with a least one risk factor for heart failure, those taking aspirin were more likely to subsequently develop the condition than those not using the medication,” said study author Dr Blerim Mujaj of the University of Freiburg, Germany, in a prepared statement.

Although the findings require confirmation, “they do indicate that the potential link between aspirin and heart failure needs to be clarified”.

If you’ve already had a heart attack or stroke, or impeded blood flow, the benefit of taking aspirin daily, to prevent clotting, is well established –unless you have a serious allergy or history of bleeding.

This is called secondary prevention.

Primary prevention is another matter.

This is the practice where healthy older people – who have never had a heart attack, stroke, coronary bypass surgery or blocked arteries – take low-dose aspirin daily to ward off a cardiovascular event.

Tens of millions of people worldwide have adopted this habit.

It has been debated for years, with the concern being that the risk of bleeding outweighed the protective benefits.

Last year, data from the Aspirin in Reducing Events in the Elderly (ASPREE) trial found prolonged daily aspirin use increases the risk of gastrointestinal bleeding by at least 60 per cent in people aged 70 and older.

As reported by the Royal College of General Practitioners, this research – in tandem with other trials – “put the death knell in the use of aspirin for primary prevention”.

The German study aimed to evaluate aspirin’s relationship with heart failure incidence in people with and without heart disease, and assess whether using the drug is related to a new heart failure diagnosis in those at risk.

According to an explainer from the European Society of Cardiology, the analysis included 30,827 individuals at risk for developing heart failure who were enrolled from western Europe and the US into the HOMAGE study, an ongoing project investigating heart failure and ageing.

“At risk” was defined as one or more of the following: Smoking, obesity, high blood pressure, high cholesterol, diabetes and cardiovascular disease.

Participants were aged 40 years and above and free of heart failure at baseline.

Aspirin use was recorded at enrolment and participants were classified as users or non-users.

Participants were followed up for the first incidence of fatal or non-fatal heart failure requiring hospitalisation.

The average age of participants was 67 years, and 34 per cent were women. At baseline, a total of 7698 participants (25 per cent) were taking aspirin.

During the 5.3-year follow up, 1330 participants developed heart failure.

What the data revealed

The investigators assessed the association between aspirin use and incident heart failure after adjusting for sex, age, body mass index, smoking, alcohol use, blood pressure, heart rate, blood cholesterol and a number of heart-related diseases and medications.

Taking aspirin was independently associated with a 26 per cent raised risk of a new heart failure diagnosis.

To check the consistency of the results, the researchers repeated the analysis after matching aspirin users and non-users for heart failure risk factors.

Dr Mujaj said: “Aspirin is commonly used – in our study one in four participants were taking the medication. In this population, aspirin use was associated with incident heart failure, independent of other risk factors.”

A note of caution: “Large multinational randomised trials in adults at risk for heart failure are needed to verify these results. Until then, our observations suggest that aspirin should be prescribed with caution in those with heart failure or with risk factors for the condition.”