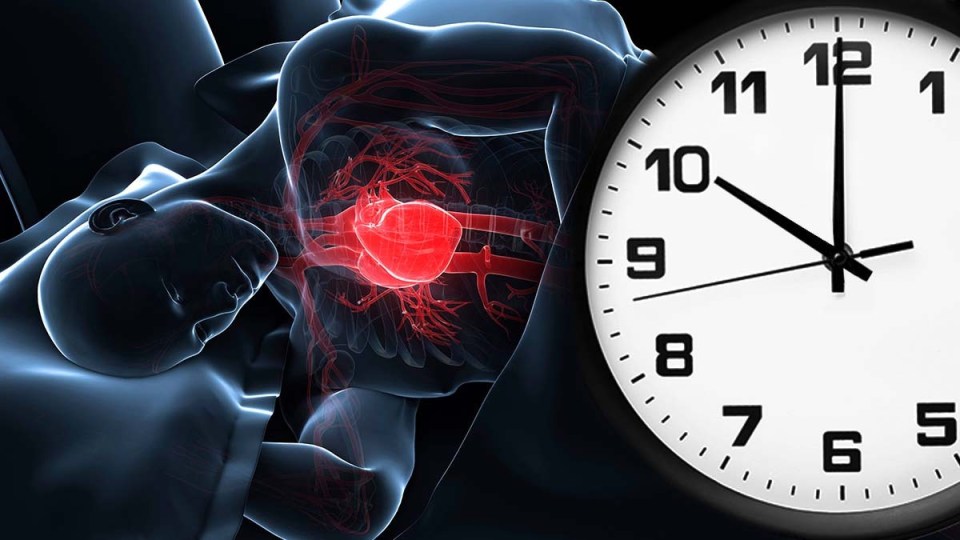 Getting to sleep after midnight or before 10pm disrupts our natural rhythms. This is bad for the heart. Photo: TND

Is there a sweet spot for the time of day you go to sleep?

Surely, if we get our seven to eight hours of sleep a day, it doesn’t matter if we go to bed soon after dinner time or at two in the morning.

Well, a new study says it does matter – and concludes that the time you go to sleep is linked to your risk of developing heart disease.

The sweet spot for nodding off is between 10pm and 11pm.

Doing so later – or earlier – pushes up the risk of having a heart attack, heart failure, chronic ischaemic heart disease, stroke and transient ischaemic attack.

The study, from the University of Exeter, doesn’t explain the mechanism for these outcomes, save for a disruption to our internal clock.

The findings are intriguing, and add one more piece to the puzzle of how sleep affects our health.

This was a quality study that objectively measured when participants went to sleep and what time they awoke.

This meant the data was of a higher quality than studies that have relied on self-reporting by participants.

The participants were part of the UK Biobank, which tracked the health data of 500,000 people over four years and shared the data with scientists around the world.

Data on sleep onset and waking up time were collected over seven days using a wrist-worn accelerometer.

They were then followed up for an average of 5.7 years and during that time 3172 participants (3.6 per cent) developed cardiovascular disease.

Heart disease was highest in those with sleep times at midnight or later – and lowest in those who dropped off to sleep from 10pm to 10.59pm.

Compared to those who fell asleep during the sweet spot, there is a:

The association with increased cardiovascular risk was stronger in women.

Study author Dr David Plans said: “Our study indicates that the optimum time to go to sleep is at a specific point in the body’s 24-hour cycle and deviations may be detrimental to health.

“The riskiest time was after midnight, potentially because it may reduce the likelihood of seeing morning light, which resets the body clock.”

Why the association between sleep onset and cardiovascular disease was greater in women is unclear.

Dr Plans said: “It may be that there is a sex difference in how the endocrine system responds to a disruption in circadian rhythm.”

Alternatively, the older age of study participants could be a confounding factor “since women’s cardiovascular risk increases post-menopause – meaning there may be no difference in the strength of the association between women and men”.

If the findings hold in future, similarly structured studies, “sleep timing and basic sleep hygiene could be a low-cost public health target for lowering risk of heart disease”.

New sleep study: The best time to go to bed for your heart