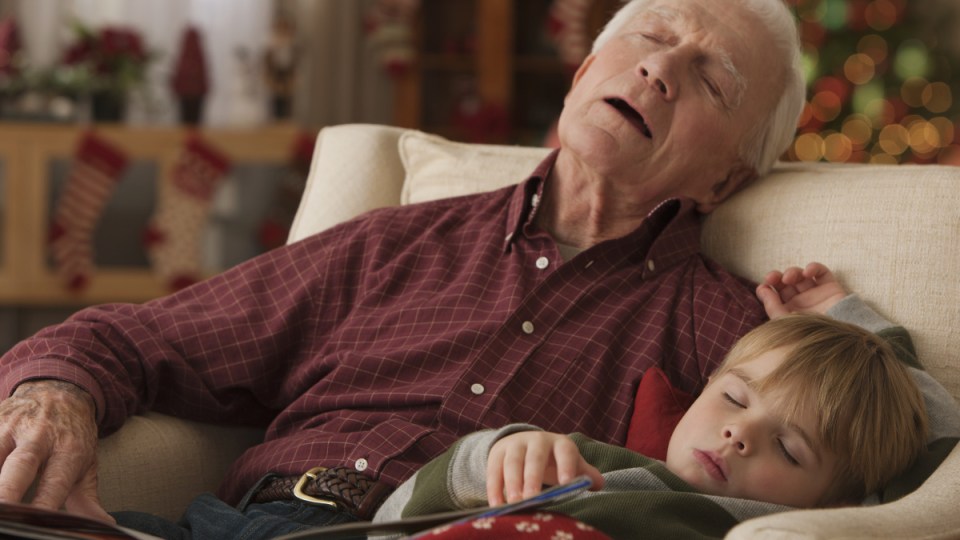 The cognitive abilities of toddlers and older people benefit from a nap. Photo: Getty

Taking a regular afternoon nap in your old age appears to protect your brain from cognitive decline and boost mental agility.

But there’s a ‘sweet spot’ of 30 to 90 minutes for these naps – if they’re longer (or shorter and highly frequent), then the risk of cognitive decline goes up.

These are the findings of two new studies in older populations.

Meanwhile, the science of napping has entered the workplace – with some evidence showing that having a lie down after lunch (what Europeans call a siesta) boosts productivity.

This isn’t a surprise.

As The New Daily previously reported, humans evolved to sleep in two separate chunks, instead of one long uninterrupted sleep.

But again, it’s all about timing and regularity.

The studies into naps and ageing

Several studies have shown that afternoon napping promotes cognitive function in the elderly.

On the other hand, some studies have shown that napping can promote cognitive decline.

Nap duration (the length of your regular nap) appears to determine whether it’s helping or hurting you.

A Japanese study found that short daytime napping – of about 30 minutes duration – reduced the risk of cognitive decline over five years for community-dwelling older people.

The participants were aged 65 or over: The average age was 74.6 years.

Researchers say that a future study “will be necessary to confirm the effect of short napping on the reduction of risk for clinically diagnosed dementia”.

A Chinese study asked 2214 people – aged 60 or over – about their napping habits before having them undergo a series of cognitive tests that measured things like memory and language skills.

Of those who took part in the study, 1534 took a regular afternoon nap of between five minutes and two hours, while 680 did not.

The average length of nighttime sleep for all participants was about 6.5 hours, which is a healthy amount for ageing people.

A limitation to the study is that no information was taken on the specific duration of the naps taken, or at what exact time did they start.

All we know is that participants had a nap some time after lunch.

Still, the results are certainly suggestive.

“In addition to reducing sleepiness, mid-day naps offer a variety of benefits such as memory consolidation, preparation for subsequent learning, executive functioning enhancement and a boost to emotional stability, but these effects were not observed in all cases,” the study concluded.

Short naps are great for increasing energy, but longer naps are both more restorative and beneficial for learning.

For example, they improve activation of the hippocampus – an area of the brain important for learning and memory.

A 2010 study found the benefits of brief naps (five to 15 minutes) are almost immediate after the nap and last a limited period of one to three hours.

Longer naps, greater than 30 minutes, produce impairment from sleep inertia for a short period after waking – essentially for a time the body wants to keep sleeping.

But when this grogginess wears off, there is improved cognitive performance that can last many hours.

A one- to two-hour afternoon nap is shown to benefit your motor skills and your ability to recall facts and events.

Longer than 90 minutes is a problem

Regular naps that are longer than 90 minutes can lead to cognitive decline.

And this is probably why the results from different nap studies are inconsistent.

A 2019 study found that people who take long naps during the day or sleep nine or more hours at night “may have an increased risk of stroke”.

However, a different 2019 study found that a daytime nap taken once or twice a week may lower the risk of having a heart attack or stroke.

These researchers were confident that napping has a positive effect on cardiovascular health, but noted that nap research “is hampered by the absence of a gold standard for defining and measuring naps”.

Scientists are increasingly looking at the perceived “sweet spot” for napping and for sleep more broadly.

A study published last month found that older adults who sleep short or long (during the nighttime) experienced greater cognitive decline than those who sleep a moderate amount, even when the effects of early Alzheimer’s disease were taken into account.

Bottom line: Talk to your doctor about your sleep and nap habits, put a plan together that maximises benefits to your brain function, and stick to it.