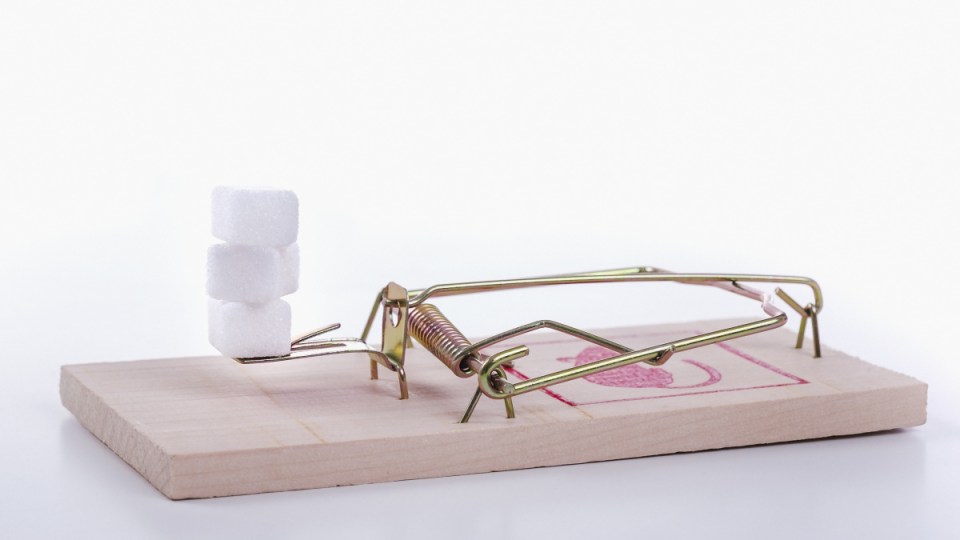 Cancer cells consume a lot of sugar. But it takes more than cutting down sugar to slow tumours. Photo: Getty

A new study had found good evidence that a calorie-restricted diet may slow tumour growth. Which is good news, but it isn’t a new idea.

There’s a hundred years of research into the notion that the right diet could slow the progression of cancer or even cure it – and calorie restriction has been one line of inquiry, and probably the most promising.

Previous studies have suggested that a calorie-restricted diet “might slow tumor growth in some contexts, and such a diet has been shown to extend lifespan in mice and many other animal species”.

But cancer and the way our bodies respond to food and drink are complex. Replacing mainstream cancer treatment with a diet of lettuce and tomatoes rarely ends well.

The new research, from Massachusetts Institute of Technology (MIT), offers an answer to those questions, and that’s why it’s exciting.

‘Cancer loves sugar’ but it’s not the answer

You may have heard the saying that “cancer loves sugar” – meaning that cancer cells consume a lot of sugar (true) and, turning that around, sugar drives the production of cancer cells (sort of true, but simplistic).

The implication is that if you cut down on sugar you’ll starve your tumours.

As the MIT researchers explain it, this is why some scientists have hypothesised that either the ketogenic diet (high fat, very low carbs) or calorie restriction might slow tumour growth by reducing the amount of glucose available.

When the researchers gave both diets to mice with pancreatic tumours, glucose levels went down – but restricting calories had “a much greater effect on tumour growth than the ketogenic diet”.

It appeared that glucose levels were “probably not playing a major role in the slowdown”.

Lipids appear to be the key

In their second experiment, the scientists found that in the calorie-restricted mice, lipid levels went down, but in mice on the ketogenic diet, they went up.

Why is this significant?

Lipids are molecules that serve as the building blocks of living cells, including cancer cells. These molecules are fats, waxes and oils among other compounds.

When there’s a shortage of lipids, the growth of a tumour is impaired – because cancer cells need lipids to construct their cell membranes.

Normally, when lipids aren’t available in a tissue, cells can make their own.

In the experiment, the calorie-restricted and ketogenic diets both reduced SCD activity – but mice on the high-fat ketogenic diet had lipids available to them from their diet, “so they didn’t need to use SCD”.

Mice on the calorie-restricted diet, however, couldn’t get fatty acids from their diet or produce their own.

In these mice, tumour growth slowed significantly, compared to mice on the ketogenic diet.

Bottom line: While both of these diets reduced the amount of sugar available to tumours, the researchers found that only the calorically restricted diet reduced the availability of fatty acids, and this was linked to a slowdown in tumor growth.

“Not only does caloric restriction starve tumours of lipids, it also impairs the process that allows them to adapt to it. That combination is really contributing to the inhibition of tumour growth.”

The researchers are not recommending that cancer patients follow a calorie-restricted diet, because it is difficult to maintain and can have harmful side effects.

However, they believe that cancer cells’ dependence on the availability of unsaturated fatty acids could be exploited to develop drugs that might help slow tumour growth.

“The purpose of these studies isn’t necessarily to recommend a diet, but it’s to really understand the underlying biology,” Dr Lien said.

“They provide some sense of the mechanisms of how these diets work, and that can lead to rational ideas on how we might mimic those situations for cancer therapy.”

“There’s a lot of evidence that diet can affect how fast your cancer progresses, but this is not a cure,” says Dr Matthew Vander Heiden, director of MIT’s Koch Institute for Integrative Cancer Research and the senior author of the study.

“While the findings are provocative, further study is needed, and individual patients should talk to their doctor about the right dietary interventions for their cancer.”

Not a cure, but some tumours can be slowed by calorie-restricted diet