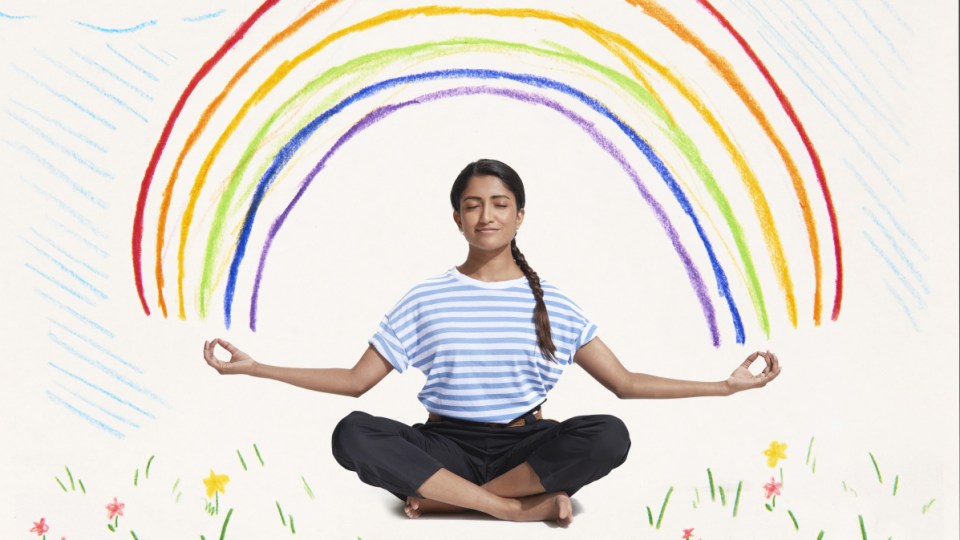 During the pandemic, The New Daily has reported on the benefits of mindfulness meditation as a way to reduce the significant stress of living with so many uncertainties.

Some readers have probably been sceptical, wanting to know: “Where’s the proof?”

Fair enough. Most of the evidence for meditation’s efficacy as a treatment for stress comes from many studies in which the participants report feeling better, which is promising but also problematic.

This kind of subjective evidence is prone to bias: People tend to have expectations that meditation, even in an experimental setting, will work for them, and therefore may be reporting a placebo effect rather than physiological one.

But now, in a simple but persuasive experiment, German scientists have proven that six months of mindfulness mediation practise significantly reduces levels of the stress hormone cortisol.

The researchers – from the Max Planck Institute for Human Cognitive and Brain Sciences in Leipzig – claim this is “the first objective evidence that mental training reduces physical signs of long periods of stress”.

OK, but what is cortisol?

Cortisol is a hormone released in the body when we’re confronted with a an overwhelming scenario, such as a car crash or a threat, be it physical or psychological.

It’s cortisol that prepares the body for a fight-or-flight response. It does this by releasing a flood of glucose as an emergency energy source to your large muscles, notably your legs and buttocks.

Cortisol also inhibits insulin production. This stops the glucose from being stored and is taken up instead for immediate use.

All of this helps put our body on alert and mobilises energy to overcome the challenge.

Over time cortisol accumulates in your hair, and this can be used as a measurement of how stressed you have been.

“The longer the stress lasts, the longer an increased concentration of cortisol circulates around our body – and the more it accumulates in our hair,” the researchers report, in an explainer statement from Max Planck Institute.

About 330 people were recruited for a rigorous nine-month mental training program, which consisted of three learning modules that each lasted three months.

On module focused the factors of attention and mindfulness, another on what’s known as “socio-affective skills” such as compassion and gratitude, and the third focused “socio-cognitive skills”, in particular the ability to take perspective on one’s own and others’ thoughts.

The participants were divided into three groups, each of which completed the training modules in different order.

The training wasn’t easy. It lasted up to nine months, with participants working on these skills for 30 minutes a day, six days a week.

Before training began, the participants had their hair analysed for cortisol levels.

On average, hair grows one centimetre per month.

The researchers measured cortisol levels every three months, analysing the first three centimetres of hair, starting at the scalp.

The results were impressive

After six months of training, the amount of cortisol in the subjects’ hair had decreased significantly, on average by 25 per cent.

During the first three months of training, only slight improvements in cortisol levels were seen.

But as the training progressed, these effects increased.

In the last three months, the cortisol accumulation “remained at a low level”.

This suggests that a longer-training period brings about the stress-reducing effects. The effect did not seem to depend on the content of the training module.

“There are many diseases worldwide, including depression, that are directly or indirectly related to long-term stress,” said Lara Puhlmann, doctoral student at Max Planck and first author of the paper.

“We need to work on counteracting the effects of chronic stress in a preventive way. Our study uses physiological measurements to prove that meditation-based training interventions can alleviate general stress levels even in healthy individuals.”

In July, a survey conducted by the Australian Bureau of Statistics found that one in five Australians were reporting high or very high levels of psychological distress linked to the COVID-19 pandemic.

Stress is also linked to diabetes, cardiovascular diseases and as well as psychological disorders such as depression and anxiety.

The researchers describe it as “one of the world’s leading causes of disease burden”.