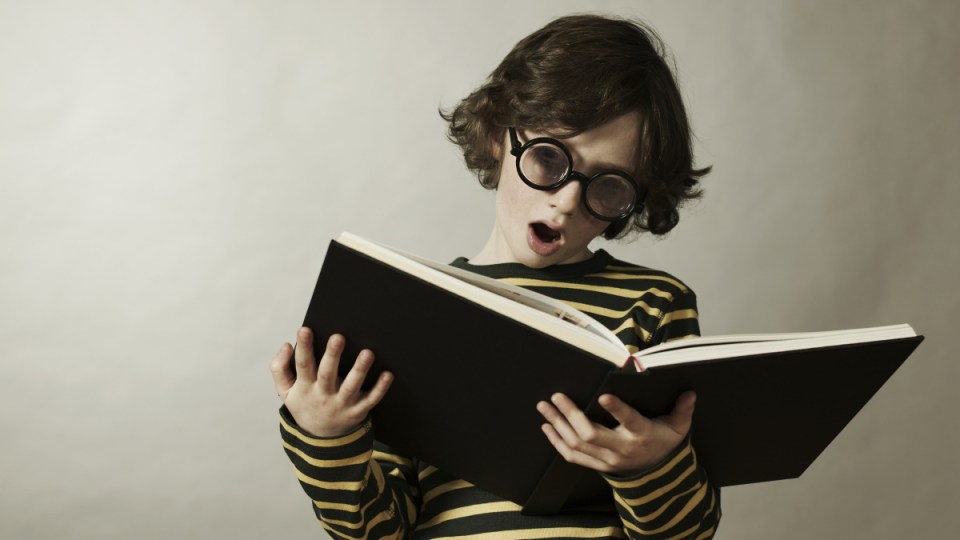 Too much screen-time in lockdown has caused a plague of short-sightedness. Photo: Getty

As the world opens up again, and children return to school without interruption, it may be worthwhile for parents to have their children’s eyes tested for reading glasses.

There’s a lot of reported anxiety about how the disruptions of COVID-19 might affect the academic performance of school-age children – and much of that anxiety is about time lost from face-to-face learning.

But a couple of new studies suggest that the health of our children’s eyes will play a significant role in their COVID-normal academic lives.

All that screen-time promoting myopia

This week, researchers from Australia, China, Singapore and the UK revealed a link “between screen time and higher risk and severity of myopia, or short-sightedness, in children and young adults”.

The authors of a new paper examined more than 3000 studies investigating smart device exposure and myopia in children and young adults aged between three months and 33 years old.

After analysing and statistically combining the available studies, the authors revealed that high levels of smart device screen time, such as looking at a mobile phone, “is associated with around a 30 per cent  higher risk of myopia and, when combined with excessive computer use, that risk rose to around 80 per cent”.

The research comes as millions of children around the world have spent substantial time using remote learning methods following the closure of schools due to the COVID-19 pandemic.

Dr Rupert Bourne, Professor of Ophthalmology in the Vision and Eye Research Institute at Anglia Ruskin University and a co-author of the study, said that around half the global population is expected to have myopia by 2050.

The new study, he said, shows a potential link between screen time and myopia in young people.

“This research comes at a time when our children have been spending more time than ever looking at screens for long periods, due to school closures, and it is clear that urgent research is needed to further understand how exposure to digital devices can affect our eyes and vision,” said Professor Bourne.

Thousands of students from Years 3-7 received free screening and eyeglasses through a school-based program – and scored higher on reading and math tests.

Johns Hopkins researchers, in a large clinical trial, found that students who struggled the most academically before receiving glasses showed the greatest improvement.

The researchers say that the study has “implications for the millions of children who suffer from vision impairment but lack access to paediatric eye care”.

The team studied students who received eye examinations and glasses through the Vision for Baltimore program – established in 2016 after Johns Hopkins researchers identified an acute need for vision care among the city’s public school students.

They determined that as many as 15,000 of the city’s 60,000 pre-K through 8th-grade students likely needed glasses, though many didn’t know it or have the means to get them.

In addition to providing more than US$1 million in support, Johns Hopkins works closely with the program team to provide technical assistance.

Success by the numbers

In its first five years, Vision for Baltimore tested the vision of more than 64,000 students and distributed more than 8000 pairs of glasses.

The three-year randomised clinical trial, conducted from 2016 to 2019, analysed the performance of 2304 students in grades 3 to 7 who received screenings, eye examinations, and eyeglasses.

The team looked at their scores on standardised reading and maths tests, measuring both one-year and two-year impact.

Researchers found particularly striking improvements for girls, special education students, and students who had been among the lowest performing.

“The glasses offered the biggest benefit to the very kids who needed it the most—the ones who were really struggling in school,” Collins said.

For students performing in the lowest quartile and students participating in special education, wearing glasses equated to four to six months of additional learning – almost half a school year.

But the academic improvements seen after one year were not sustained over two years. Researchers suspect “this could be a result of students wearing their glasses less over time, possibly due to losing or breaking them”.

To maintain the academic achievement, the researchers say in addition to providing the initial exams and glasses, school-based vision programs should develop stronger efforts to make sure children are wearing the glasses and to replace them if needed.

Matildas will be keen to forget 7-0 drubbing by Spain
Upcoming stats will reveal where and how hard rates are hitting economy
Victorian MPs pocket a tidy 2.75 per cent pay raise
Reserve Bank review isn’t a ‘get the governor’ exercise: Jim Chalmers
‘Violence for weeks’ feared after landmark US abortion ruling
Aussie Hannah Green within striking distance of Women’s PGA Championship lead
Processed food found to inflame the ageing brain and cause memory loss
Today's Stories

Myopia pandemic: But when kids get glasses, reading and maths improve