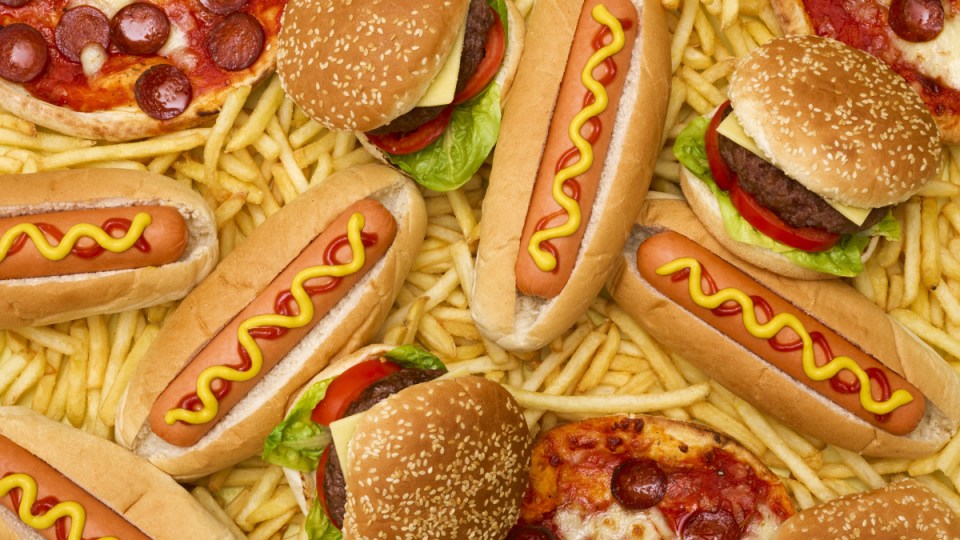 It only takes four weeks for a diet of highly processed food to inflame the brain and elicit behavioural signs of memory loss, a new study has found.

This was a study done with older rats, with a focus on how a poor diet impacts ageing brain tissue and functioning. Research has shown that rat and human brains are remarkably similar in structure and function.

The study diet mimicked ready-to-eat human foods that are often packaged for long shelf lives, such as potato chips and other snacks, frozen entrees like pasta dishes and pizzas, and deli meats containing preservatives.

Maybe that’s why they call it fast food

“These findings indicate that consumption of a processed diet can produce significant and abrupt memory deficits.”

In the ageing population, rapid memory decline has a greater likelihood of progressing into neurodegenerative diseases such as Alzheimer’s disease, said Dr Barrientos.

However, some of the rats on the processed diet were also fed a supplement of DHA, or docosahexaenoic acid – an omega-3 fatty acid that is found in fish and other seafood.

Among DHA’s multiple functions in the brain is fending off an inflammatory response – which it did in the experiment.

This is purportedly “the first study of its ability to act against brain inflammation brought on by a processed diet”.

Why this is relevant to Australia

According to a 2020 Deakin study, “ultra-processed foods” represent 38.9 per cent of total energy intake. That’s a lot of chips and crackers.

That focused on the link between the uptake of processed foods and the prevalence of obesity in Australia, which has risen dramatically over the past 20 years – from 19 per cent in 1995 to 31 per cent in 2018. Australia has the fifth-highest rate of obesity among the Organisation for Economic Co-operation and Development countries.

Perhaps the focus of this new study – the rapid impact of these foods on the brain – might give some people pause for thought in the supermarket aisle.

What was the damage done to older brains?

Older rats that ate the processed diet – without the fatty acid supplement – experienced an “activation of genes linked to a powerful pro-inflammatory protein and other markers of inflammation”.

These were significantly elevated in the hippocampus and amygdala regions of the brain.

The older rats on the processed diet also showed signs of memory loss in behavioural experiments that weren’t evident in the young rats.

“They forgot having spent time in an unfamiliar space within a few days, a sign of problems with contextual memory in the hippocampus,” said Dr Barrientos.

They also failed to display “anticipatory fear behaviour to a danger cue” which suggested there were abnormalities in the amygdala. In other words, the poor diet left them vulnerable to a threat, because they didn’t recognise the danger.

Dr Barrientos said the amygdala in humans has been implicated in memories associated with emotional – fear and anxiety-producing – events.

“If this region of the brain is dysfunctional, cues that predict danger may be missed and could lead to bad decisions,” she said.

Will eating salmon protect our brains?

It’s encouraging that DHA supplementation of the processed-food diets “effectively prevented the elevated inflammatory response in the brain as well as behavioural signs of memory loss”.

But Dr Barrientos cautioned against “interpreting the results as a license for consumers to feast on processed foods as long as they take a DHA supplement”.

She said the better bet would be to limit processed foods in our diets and increase consumption of foods that are rich in the omega-3 fatty acid DHA to either prevent or slow the progression of age-related inflammation.