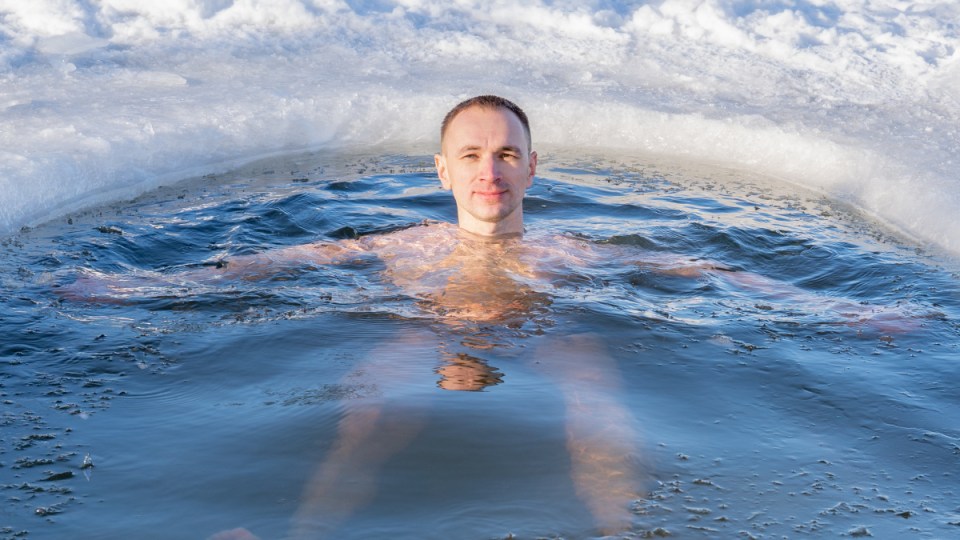 Come on in, the water's fine and good for your mood and maybe your immunity. Photo: Getty

One of the hot wellness trends of 2021 is actually on the chilly side – immersing your body in cold water as a means of boosting your immunity, mood and recovery from sports injuries or just sitting around too long.

The likes of Forbes, Marie Claire, The Conversation and Gwyneth Paltrow’s controversial Goop Lab have been talking up cold water therapy – be it an early morning dip in the ocean or a cold shower – as a cheap and bracing health strategy.

It’s an old one too. Cold hydrotherapy has been around since people wore togas.

Scandinavians have been throwing their naked bodies into the snow long before Santa Claus ran off with their reindeer.

The evidence for cold water therapy is promising, if mixed – and it’s best to be cautious when reading claims made by wellness gurus and life coaches.

As an explainer from healthline.com advises: “Supporters of this technique believe that cold water therapy can improve your circulation, deepen your sleep, spike your energy levels, and reduce inflammation in your body.

“While anecdotal evidence backs up those benefits, not much research has been done to support these claims.”

It’s worth noting that people engaged in cold water therapy consistently report feeling better – sharper, less sore, more resilient – regardless of the clinical data. At least in the short term.

Cold water therapy can be had through a cold shower, with the effects being increased alertness, increased heart rate and blood pressure (akin to a mini-workout) and an increase in metabolism.

But a 15-minute shower is a lot of water down the drain and those benefits won’t be long lasting.

Cold water immersion, where the water temperature is between 10 and 15 degrees Celsius, will provide a significantly faster cool down from exercise, a temporary analgesic effect for sore or even torn muscles, and a perceived reduction in fatigue.

As healthline.com advises: “According to medical experts, the reason cold water helps with pain is that it causes your blood vessels to constrict. This reduces blood flow to the area – for example, an injury you’re applying ice to – which helps reduce swelling and inflammation.”

This is a commonly used technique in professional sports, where the immersion is about 15 minutes – the same amount of time as an indulgent shower, but with greater perceived benefits because of the whole body being immersed.

The following advice is from Bath Rugby club, and gives an idea of common thinking among sports scientists.

“When you enter the cold water it forces you to take deeper breaths. This decreases the CO2 levels in the body, which can help improve your concentration,” advises the club’s website.

“The cold water stresses your body and hardens it so it can deal with minor stresses of everyday life better. So great for stress management, depression, and anxiety.”

Does it help boost the immune system?

Exercise, which essentially puts the body under stress, has been found to boost the immune system, so why not exposure to cold water immersion?

A widely reported 2018 study enlisted 3000 volunteers in the Netherlands to finish their morning showers with a 30-, 60-, or 90-second blast of cold water, or to shower as they usually did, for 30 consecutive days.

Then, according to a report in the Harvard Business Review, the researchers looked at the work attendance records of the same people over that period.

“On average, in all the groups that doused themselves with cold water, people were absent 29 per cent fewer days than people in the control group.”

The effect held regardless of how long the volunteers were exposed to the cold water.

In 2008, US researchers investigated the idea that our modern lifestyle lacks “certain physiological stressors that have been experienced by primates through millions of years of evolution”.

The scientists suggested that this lack of “thermal exercise” may cause inadequate functioning of the brain.

They conducted an experiment in which participants who took short cold showers twice a day reported a drop in depressive symptoms.

None of the participants in this study were actually diagnosed with depression.

However, in 2018, researchers from the University College London published a remarkable case study of a 24-year-old woman with symptoms of major depressive disorder and anxiety.

She’d been treated for the condition since the age of 17, but her symptoms had been resistant to drug therapy.

As reported in the British Medical Journal:  “Following the birth of her daughter, she wanted to be medication free and symptom free. A programme of weekly open (cold) water swimming was trialled.

“This led to an immediate improvement in mood following each swim and a sustained and gradual reduction in symptoms of depression, and consequently a reduction in, and then cessation of, medication.”

On follow-up a year later, she remained medication free.

It’s only one study, and it can’t be said that cold water therapy is a cure for depression. But the case study is highly promising.

A note of caution

People who have suffered a heart attack or are receiving treatment for heart issues should probably avoid cold water therapy.

Talk to your doctor first.

As healthline.com reports: There have been a number of deaths from cold exposure and heart attacks during open water swim events.

Cold water therapy: Why it’s running hot right now, but does it work?