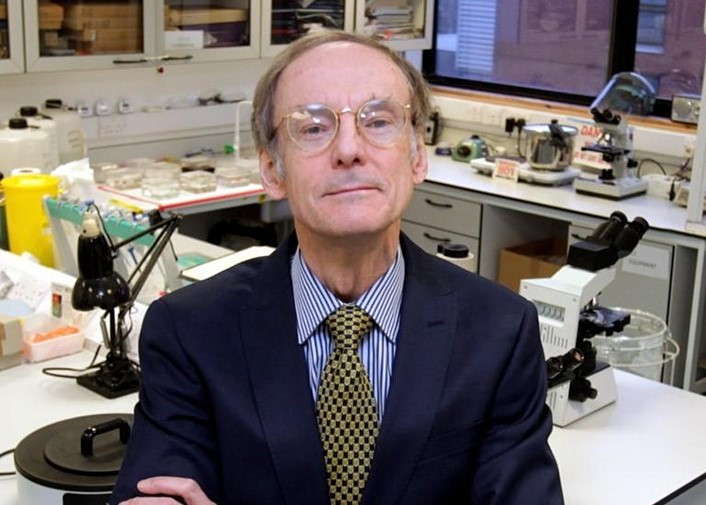 Here’s a simple test to see if you’re at risk of developing diabetes: Go and try on the jeans you were wearing at the age of 21.

This was the advice from Professor Roy Taylor, who caused a stir with his address at the European Association for the Study of Diabetes’ annual conference last week.

“As a rule of thumb, your waist size should be the same now as when you were 21,” he said.

“If you can’t get into the same size trousers now, you are carrying too much fat and therefore at risk of developing type 2 diabetes, even if you aren’t overweight.”

As Cosmopolitan reported, social media threw a fit, labelling the jeans prescription as stupid and harmful, notably for people with eating disorders.

Was he wagging the dog?

Professor Taylor made the controversial remarks as he presented the findings of a new study about the reversibility of type 2 diabetes – an area of research that has made him famous.

He published his first groundbreaking and widely reported study 10 years ago that found type 2 diabetes could be effectively managed or even cured without medication.

“It was my work that inspired Dr Michael Mosley to reverse his own diabetes,” Professor Taylor told news media last year when he launched a new book, Life Without Diabetes.

Soon after he published a short how-to version.

The new study serves as an explainer about “how type 2 diabetes can be reversed by weight loss and avoidance of weight regain further evidence”.

The short version: People with diabetes would need to lose about 15 kilograms, and the sooner the better after diagnosis.

The professor and colleagues write: “We now know that the processes that cause type 2 diabetes can be returned to normal functioning by restriction of food energy to achieve weight loss of around 15 kilograms.

“Around half of people who are within the first 10 years of diagnosis and manage to follow food energy restriction can stop all diabetes medication and return to non-diabetic glucose control.”

No doubt, the attendees of the European Association for the Study of Diabetes were fascinated. But it wasn’t exactly news.

Surely, the media-savvy professor wasn’t talking about the size of trousers to whip up some book-selling attention?

Or is he correct? Given that very few of us can fit into the clothes we wore at 21 – ancient history for me – then we can only conclude that most of us are at risk of developing type 2 diabetes.

And maybe we are.