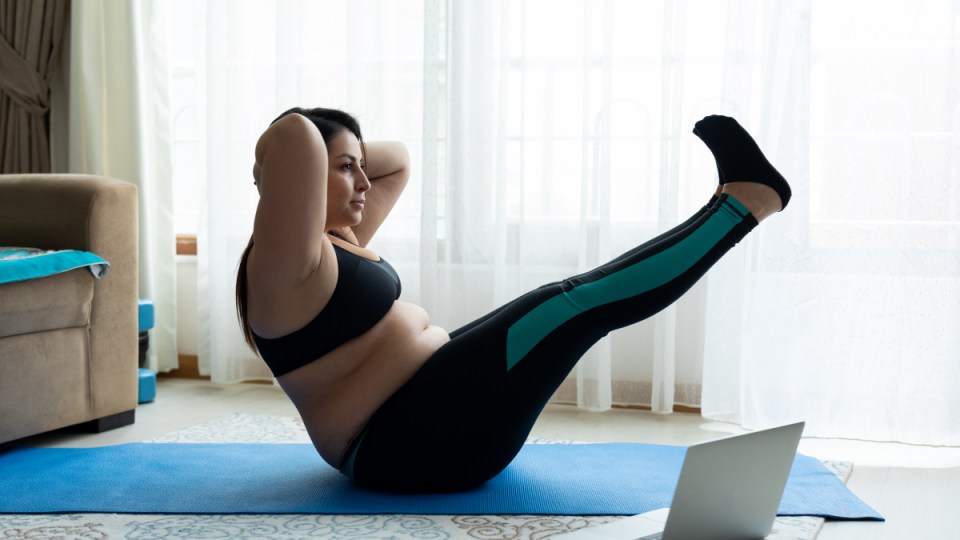 Scientists say you can be fit at any weight, if you exercise. Photo: Getty

Forget counting calories or obsessively putting the tape measure around your belly, and you may as well throw away the bathroom scales.

And that advice, from two US researchers, is perhaps especially relevant to people struggling with obesity.

In a provocative and enlightening new paper, the scientists argue that most people can get away with being fat, as long as they commit to being fit.

Exercise and physical activity, they say, is a more reliable – and effective – way to avoid premature death from cardiovascular disease than dieting and weight loss.

These were the findings from an analysis of hundreds of research investigations of weight loss, exercise, fitness, cardio health and longevity.

The authors were Dr Siddhartha Angadi, an assistant professor in the School of Education and Human Development at the University of Virginia, and Professor Glenn Gaesser, from the College of Health Solutions at Arizona State University.

What the scientists propose and why

Instead of a weight-focused approach to treating obesity, the scientists propose “a weight-neutral strategy” on the following grounds:

The authors suggests that adherence to getting fit may improve if health care professionals consider physical activity and cardiorespiratory fitness as essential vital signs and consistently emphasise to their patients the myriad benefits of exercise in the absence of weight loss.

Teasing some of this apart

Among healthy adults with obesity, intentional weight loss was not associated with a lower mortality risk.

“We would like people to know that fat can be fit, and that fit and healthy bodies come in all shapes and sizes,” said Professor Gaesser, in a prepared statement.

“We realise that in a weight-obsessed culture, it may be challenging for programs that are not focused on weight loss to gain traction. We’re not necessarily against weight loss; we just think that it shouldn’t be the primary criterion for judging the success of a lifestyle intervention program.”

Obesity is associated with a number of health conditions, including cardiovascular disease, diabetes, cancer, and problems with the bones and joints.

The authors say that by focusing on fitness rather than weight loss, people can gain the benefits of exercise while avoiding the risks associated with weight cycling.

“But it’s important to note that the benefits of exercise are dose dependent, with the biggest benefits coming from just moving out of the couch-potato zone to doing at least some moderate-intensity activity,” Professor Gaesser said.

“It’s also important to emphasise that physical activity can be accumulated throughout the day. For example, multiple short walks during the day (even as short as two to ten minutes each) are just as beneficial as one long walk for health benefits.”

The researchers acknowledge limitations in the existing body of research, including the fact that this field is heavily reliant on epidemiological studies that do not definitively establish cause and effect, and note that only large, randomised, controlled clinical trials can fully examine the outcomes of using a fitness-focused approach to optimise cardiometabolic mortality risk in people who are obese.

For a longer life, getting fit is more effective than losing weight