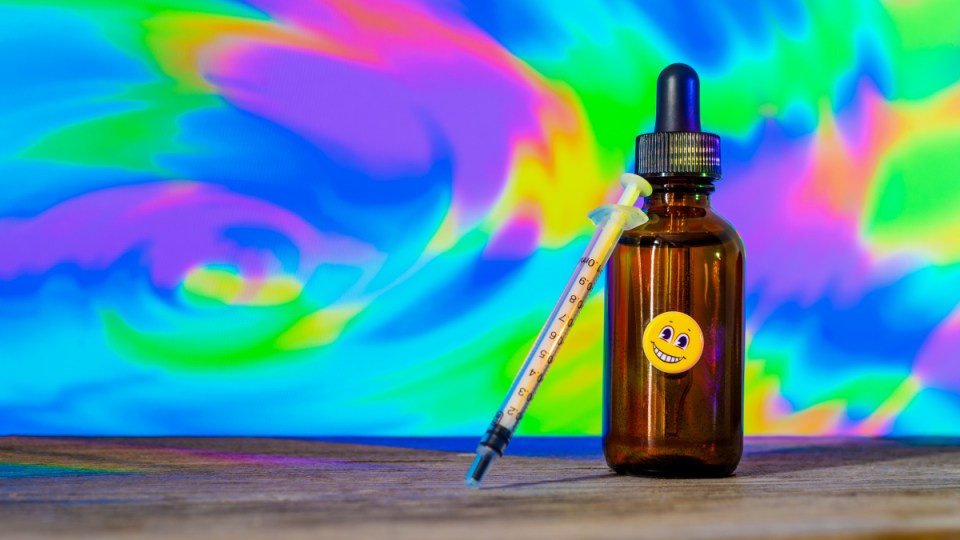 Can a tiny dose of psychedelics get you high on life? Researchers are investigating. Photo: Getty

Initially, all they feel is … better, happier, lighter. They don’t know why.

When one of her guests asks if she and her family are being drugged, they’re told that it’s okay, it’s just microdosing.

This is where a tiny dose of a psychedelic drug causes little acute effect – it doesn’t set off hallucinations or intense perceptions and emotions – but instead works at a sub-perceptual level to enhance creativity, performance, mental health and well-being.

In this instance, the guests are being fed psilocybin, the active ingredient in magic mushrooms.

There’s a presumption in Nine Perfect Strangers that microdosing is well enough established in the mainstream that it doesn’t need any explanation.

Indeed, the guests at Kidman’s spa jauntily accept the treatment as if it’s a bout of guided meditation.

There’s certainly a lot of hype, many grand claims and a growing number of studies that are investigating whether microdosing delivers health benefits beyond those that can be gleaned from wishful thinking.

The trend began about six years ago, and was quickly validated by traditional media.

The breakout event was a 2015 Rolling Stone report: LSD micro-dosing had become “the hot new business trip”. Corporate warriors were microdosing acid to get a jump on the competition.

Since then, Silicon Valley nerds have claimed microdosing to be a “productivity hack”, allowing them work work faster and with more clarity in their taking-over of the world.

In 2017, author and contrarian Ayelet Waldman published a new book: A Really Good Day: How Microdosing Made a Mega Difference in My Mood, My Marriage, and My Life.

It told the story of Ms Waldman’s month-long experiment, taking tiny doses of LSD (lysergic acid diethylamide) in order to even out her unstable moods.

She stopped picking fights on Twitter, and she was less combative with her four children and husband, the author Michael Chabon.

Ms Waldman wrote the book in a month. Like, fast. She said it was the microdoses of acid that put her in a state of “flow”.

There was a lot of respectful coverage. A story in Vogue said she had undergone the psychedelic experiment “in order to treat her acute, sometimes debilitating depression”.

A story in The New Yorker said that Ms Waldman’s motivation “was generous: she hoped to make herself a less volatile mother and wife”.

The experiment appeared to be a success. And she was a better driver on acid, she said.

A 2019 report in The Guardian told how mothers were microdosing to better cope with parenting. One woman said she enjoyed playing with her children thanks to a smidgeon of magic mushrooms.

In February, Forbes reported that microdosed LSD might be a breakthrough treatment for the inflammation associated with Alzheimer’s disease.

More than a quirky plot twist in a wellness soap opera, microdosing has emerged as a potential cure-all for our modern psychological, competitive and cognitive needs.

Who is doing this and how often?

Dr Vince Polito is a senior research fellow in cognitive science, Macquarie University and is “one of the early scholars” in the microdose field, which is still in its infancy.

The first research papers only appeared in 2018 – three years after the Rolling Stone story that kicked microdosing into the mainstream.

“Since then there have been thousands of articles, websites and internet groups dedicated to exploring microdosing,” said Dr Polito.

Dr Polito said a microdose is typically one-tenth or less of that used to prompt a hallucinogenic state, with users adjusting their dose to make sure they don’t experience noticeable visual effects.

Psychedelic substances used by microdosers include psilocybin mushrooms, LSD, peyote, MDMA and ketamine. Mushrooms and LSD appear to be the most commonly used hallucinogens.

“Some people will microdose every three or four days, while others might microdose perhaps several times a month,” he said.

What the science says

In 2019, Dr Polito co-authored a study that tracked the experience of 98 microdosers over six weeks, to systematically measure any psychological changes. Because of the ethical challenges of providing study participants with illegal drugs, volunteers used their own supply.

Overall, the participants reported “both positive and negative effects from microdosing, including improved attention and mental health; but also more neuroticism”.

In a second part of paper, the researchers were interested in how the prominence of microdosing in popular media “has led to specific expectations about the effects of microdosing, and how these expectations matched or differed from our findings”.

This findings were complex and “not what’s typically reported in media stories”. The researchers found promising indications of possible benefits of microdosing, “but also indications of some potential negative impacts, which should be taken seriously”.

There were five key findings

While the anecdotal accounts are compelling, Dr Polito said significant questions remain around how microdosing works, and how much of the reported benefits are due to pharmacological effects, rather than participants’ beliefs and expectations.

In March, the Imperial College of London published a study that concluded: “The psychological benefits linked with taking regular, small doses of psychedelic drugs are likely the result of users’ expectations.”

The findings came from “the largest placebo-controlled trial on psychedelics to date”.

More than 190 members of the public, who were already microdosing with LSD, implemented their own placebo-control measures at home following online instructions from the study team.

This was a cleverly designed study. The participants followed a procedure to prepare gel capsules containing either a low dose of LSD or a placebo.

They were instructed how to mix their capsules so they ended up with a set containing either placebo or microdose – but without knowing what their capsules contained.

The setup included barcodes which, when scanned, linked to the study’s IT infrastructure, and enabled the researchers to track who had taken microdoses or placebos.

Over four weeks, participants took two pills during each week. They also filled out surveys about their experiences and completed online cognitive tests.

Researchers observed that for those who microdosed during the study,  a number of psychological parameters improved. However, “those taking placebos saw similar improvements, with no significant difference between the microdose and placebo groups”.

This suggests that the improvements “may not be due to the pharmacological action of the drug but can instead be explained by the placebo effect”.

The end of microdosing?

The question of microdosing having a pharmacological effect can only be established by scanning the brain while the drugs are being consumed.

And that’s precisely what Dr Polito is planning – a study that will use magnetoencephalography (MEG) to record brain activity while the participants are under the influence of magic mushrooms or a placebo.

The study will use the same ’self-blinding’ research protocol developed for the Imperial College London study.

On each of two laboratory visits, participants will take one capsule, record the code, and proceed with the tests – not knowing until the study has been completed, whether they took the placebo.

“We will get people to do some psychometric tasks and behavioural tasks while we use a scanner to really look in detail at what’s happening in people’s brains,” he said.

The researchers will also take a blood sample and look for different biomarkers that might indicate various effects of psychedelics.

So, what are Dr Polito’s expectations?

“The cumulative data tells a complicated story and there are certainly reasons to suspect that placebo and expectation play an important role,” he told The New Daily.

“But I think overall there are enough indications of psychological and neurophysiological changes following microdosing that it’s likely there is a pharmacological effect.”

The study will be based in Sydney. If you’re interested in signing up, go here.

To learn more about Vince Polito’s work with microdosing, see here and here for articles at The Conversation.

Does psychedelic microdosing work? Brain study will be the real acid test