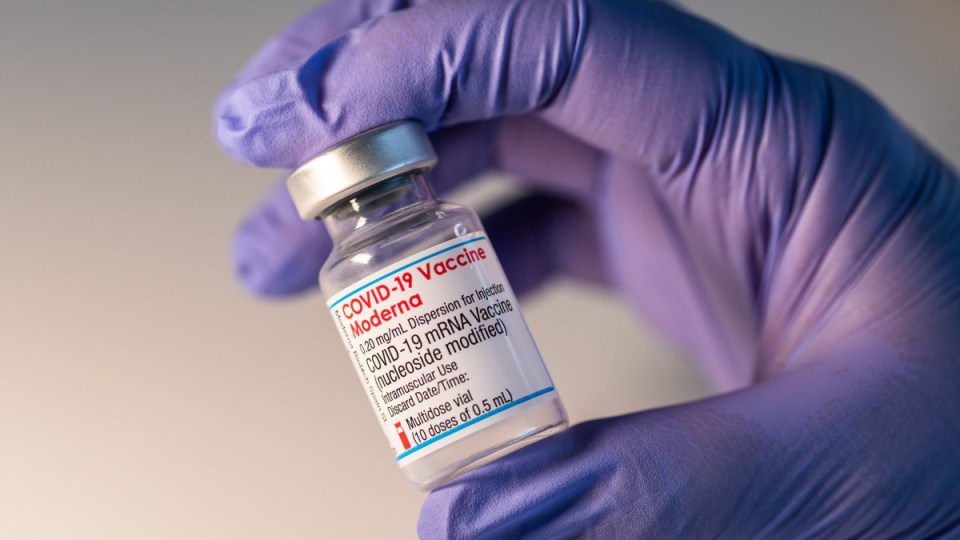 The efficacy of the Moderna vaccine fades more slowly than that of the Pfizer jab. Photo: Getty

This week the Moderna vaccine begins arriving into 3600 pharmacies across Australia, including regional areas. It will be available for anyone aged over 12.

Until now, the Pfizer and AstraZeneca jabs have been our only option, and they have taken up so much emotional space in the national psyche, it’s almost weird to be bringing in a third wheel.

There isn’t the same thrill about Moderna – and yet, if there has to be a “best” vaccine, the Moderna is possibly it.

Why are we only learning this now?

Two studies, published this week, confirm that the Moderna jab prompts a stronger immune response than our coveted Pfizer jab – and that its efficacy wanes much more slowly.

On Wednesday, The New England Journal of Medicine published a study of 5000 US health workers who received either the Pfizer or the Moderna jabs.

Both vaccines “were highly effective under real-world conditions in preventing symptomatic COVID-19 in health care personnel”.

But the study found that the Pfizer-BioNTech vaccine had an effectiveness of 88.8 percent, compared with Moderna’s 96.3 percent.

In a study from the Centers for Disease Control and Prevention (CDC),  the efficacy of the Pfizer-BioNTech vaccine against hospitalisation fell from 91 per cent to 77 per cent after four months, and following the second jab.

The Moderna dropped from 93 to 92 in the same period: virtually unchanged.

But weren’t they equally good?

The Moderna is a product of new mRNA technology, just like the Pfizer jab, which has something akin to heroic status in Australia. In many people’s minds, the Pfizer was the jab to get. And it’s a great jab, for sure.

The Pfizer and Moderna vaccines came out of their clinical trials with almost identical results for efficacy against symptomatic infection: 95 percent for Pfizer-BioNTech and 94 percent for Moderna.

You’ve probably read about them being pretty much on par. They appeared to be equally effective.

The AstraZeneca has been pummelled as an also ran.

Then studies found that the efficacy of the Pfizer declined.

Punchline: as The New Daily reported last month, studies had found that over time, two doses of Pfizer and two doses of AstraZeneca were actually on par – in terms of preventing serious illness and hospitalisation.

And now Moderna has flown into Australia.

‘The sledgehammer’ of vaccines

All three vaccines are providing good protection against serious illness and hospitalisation. The big question with COVID-19 vaccines now is that of booster shots.

When should they happen? Who should they be given to? Is the difference between these vaccines a real issue?

In a great piece from The New York Times, John Moore, a virologist at Weill Cornell Medicine in New York, asks. “But truly, how much does this difference matter in the real world?”

He added: “It’s not appropriate for people who took Pfizer to be freaking out that they got an inferior vaccine.”

Dr Jeffrey Wilson, an immunologist and physician at the University of Virginia in Charlottesville, told the NY Times: “In high-risk populations, it might be relevant. It’d be good if people took a close look.”

Then he added: “Pfizer is a big hammer … Moderna is a sledgehammer.”

Is the best COVID-19 vaccine the one you get at the chemist? Maybe