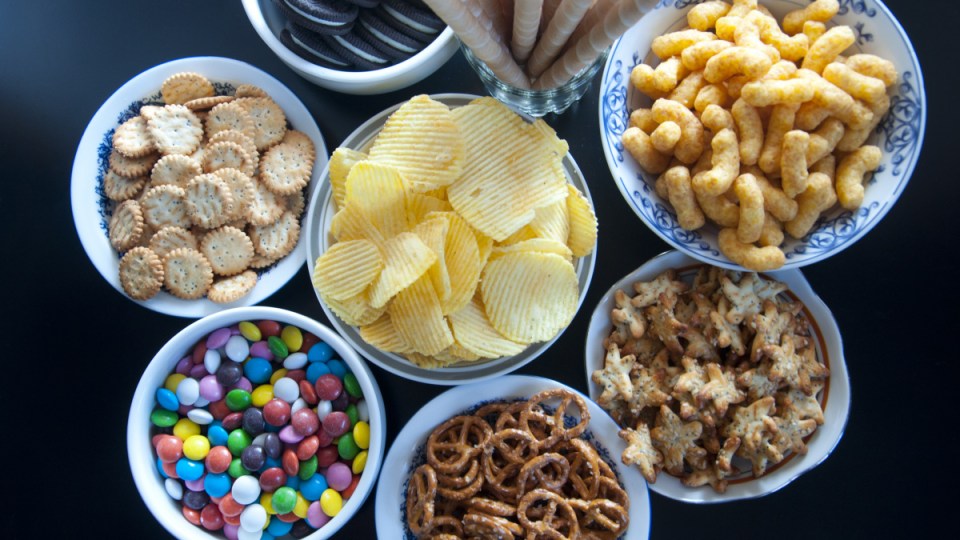 It's not how much you eat, but what you eat that triggers obesity, scientists say. Photo: Getty

US scientists, responding to an obesity crisis that is out of control, have published a new model for weight management – one that overturns more than a century of dietary thinking.

The scientists claim that overeating isn’t the primary cause of obesity.

Instead, the problem is what we eat – with the biggest culprit being processed, rapidly digestible carbohydrates.

The scientists are calling for researchers in the field to essentially go back to the drawing board.

The old model may be fundamentally flawed

Losing weight was easy and logical – at least on paper.

All you had to do was reduce the number of calories you were getting from food and drink, and increase the calories expended through physical activity.

This approach, known as the ‘energy balance’ model, states that weight gain is caused by consuming more energy than we expend.

As the authors write: “In today’s world, surrounded by highly palatable, heavily marketed, cheap processed foods, it’s easy for people to eat more calories than they need, an imbalance that is further exacerbated by today’s sedentary lifestyles.”

Therefore, overeating (so many flavours of chips to try), coupled with a lack of exercise – life on the plains has evolved to life on the couch – is driving the obesity epidemic.

The problem is, “despite decades of public health messaging exhorting people to eat less and exercise more, rates of obesity and obesity-related diseases have steadily risen“.

On that basis, we’re either deaf to good sense, recalcitrant (why give up a lifestyle so easy, so cosy?) or maybe there’s something wrong with the ‘energy balance’ model. Maybe it doesn’t tell the whole story.

The researchers, led by Dr David Ludwig, endocrinologist at Boston Children’s Hospital and Professor at Harvard Medical School, concluded the ‘energy balance’ has a fundamental flaw.

“Conceptualising obesity as a disorder of energy balance restates a principle of physics without considering the biological mechanisms underlying weight gain,” they found.

The authors argue for what they call the ‘carbohydrate insulin model’, which explains obesity as a metabolic disorder driven by what we eat, rather than how much.

They make a couple of bold claims:

The carbohydrate-insulin model puts the blame for the global obesity epidemic on “modern dietary patterns characterised by excessive consumption of foods with a high glycemic load: In particular, processed, rapidly digestible carbohydrates”.

According to the paper in the American Journal of Clinical Nutrition, the poor-quality food we eat tricks the brain into thinking we’re starving ourselves … prompting us to eat even more unhealthy food.

How? When we eat highly processed carbohydrates, the body increases insulin secretion and suppresses glucagon secretion. (Glucagon is a hormone that is involved in controlling blood sugar levels.)

These hormonal responses signal fat cells to store more calories, leaving fewer calories available to fuel muscles and other metabolically active tissues. In effect, we ‘starve’ ourselves by gorging on bad food.

The brain perceives that the body isn’t getting enough energy, which, in turn, leads to feelings of hunger. Thus, we tend to remain hungry, even as we continue to gain excess fat.

If the carbohydrate-insulin model were to replace the energy-balance model, weight management and obesity treatment would be radically different.

The authors acknowledge “that further research is needed to conclusively test both models and, perhaps, to generate new models that better fit the evidence”.

Overeating not the main cause of obesity: Scientists call for new messaging