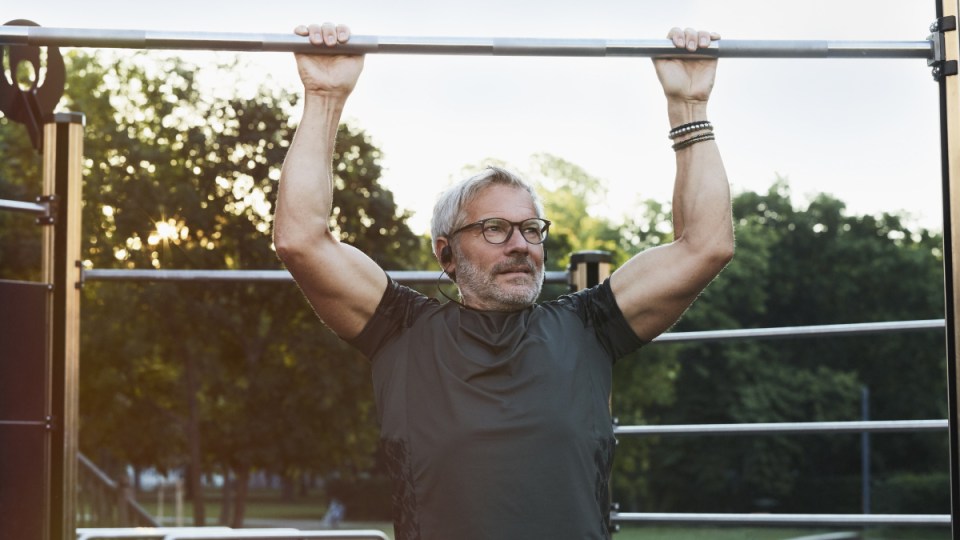 From about the age of 40, our skeletal muscles begin to wither and weaken. This is a process known as sarcopenia.

You don’t notice it at the time but it catches up with you. From the age of 50, we lose about 1 per cent of our muscle mass every year.

From the age of 75, the decline rapidly picks up pace, like those last sands in an hourglass.

Now you’re at much greater risk of falling, becoming disabled or accidentally killing yourself.

You’re now one of the frail and aged, with fewer resources to keep yourself sharp and active.

“Older people who do little to prevent the progression of sarcopenia drift toward a state where they find activities of daily living, like rising from a chair or ascending stairs, very difficult or maybe impossible,” said Professor Stuart Phillips from the Department of Kinesiology at McMaster University.

The remarks came from a discussion of a 2017 study.

Your overall quality of life is not only diminished, your risk of a wasting-related death is significant.

Brazilian researchers found that muscle mass in the arms and legs “helps predict longevity in people aged 65 years and older”.

The good news is that progressive resistance exercise training has a profound effect on boosting muscle strength, muscle size and functional capacity in older people.

The bad news is that most people either don’t engage in the right kind of exercise, or they barely exercise at all.

Read here to find out what you can do about that.

Meanwhile, scientists have been investigating dietary supplements as a means of slowing muscle loss.

Researchers from the Lleida Biomedical Research Institute in Spain have published a new study in which they investigated the effect of green tea extract catechins and cocoa flavanols on age-associated changes in the neuromuscular system of mice.

Catechins and flavonols are types of flavonoids, a class of plant compounds that are found in most fruit, vegetables, dark chocolate and red wine.

Studies have found flavonoids to be protective against heart disease and cognitive decline.

Chronic inflammation, oxidative damage and poor nutrition are factors in the progression of sarcopenia – along with metabolic and endocrine alterations, mitochondrial dysfunction, and neurogenic factors.

Overall, green tea extract and cocoa were found to “significantly improve” the survival rate of mice – and were found to boost the quality and density of nerve cells in ageing skeletal muscles.

This is promising, but further studies are needed to replicate the results in humans.

A 2020 study found that older people who eat foods rich in vitamin C, such as citrus fruits, berries and vegetables, have the best skeletal muscle mass.

Researchers from the University of East Anglia’s Norwich Medical School studied data from more than 13,000 people aged between 42 and 82 years, who were taking part in the EPIC (European Prospective Investigation into Cancer and Nutrition) Norfolk Study.

The study was a simple one. Researchers calculated the participants’ skeletal muscle mass and analysed their vitamin C intakes from a seven-day food diary. The amount of vitamin C in their blood was also measured.

Participants with the highest amounts of vitamin C in their diet or blood “had the greatest estimated skeletal muscle mass, compared to those with the lowest amounts”.

This wasn’t a huge surprise.

In a prepared statement, lead researcher Professor Ailsa Welch said: “We know that Vitamin C consumption is linked with skeletal muscle mass. It helps defend the cells and tissues that make up the body from potentially harmful free radical substances.

“Unopposed these free radicals can contribute to the destruction of muscle, thus speeding up age-related decline.”

Until now, few studies have investigated the importance of vitamin C intake for older people.

“We wanted to find out whether people eating more Vitamin C had more muscle mass than other people,” she said.