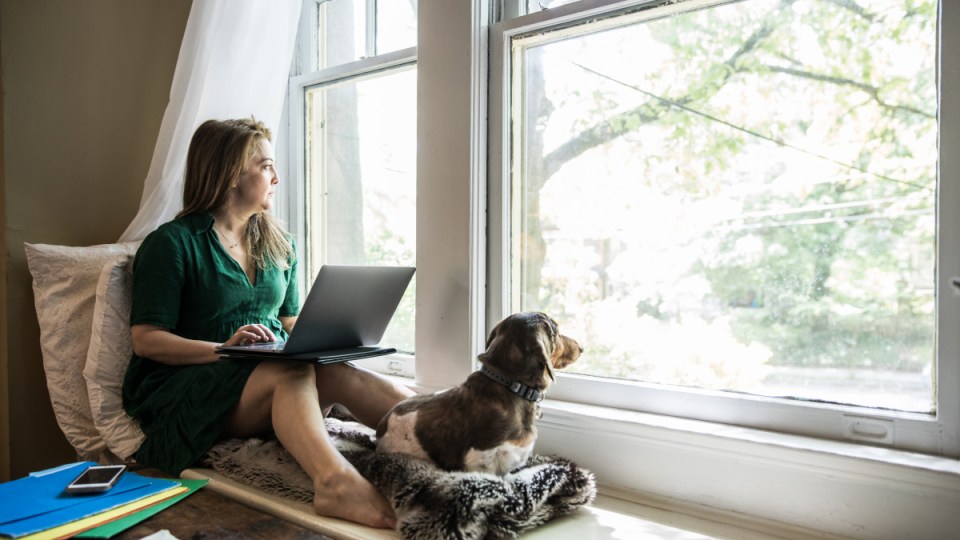 Sitting for hours without a break puts you at higher risk of diabetes, heart disease and cancer. Photo: Getty

Getting up and walking around for three minutes every half an hour is enough to dampen some of the most harmful effects of staying glued to your desk.

This was the finding of a practical study carried out in a real-world office setting, but it can serve as a useful guide to people working long hours at home in lockdown.

It’s an accurate slogan, given sitting or lying around for too long, day after day, increases your risk of heart disease, stroke and cancer – as well as obesity, deep-vein thrombosis and metabolic disease.

A 2016 study of data from 54 countries concluded that sitting – just sitting for too long – was responsible for 4 per cent of all deaths.

But how can this happen?

Easy. When you’re sitting for hours, the biggest muscles in your body – your backside (which keeps you upright) and thigh muscles – relax.

They’re designed to take up glucose from the blood, which is burnt off as you walk around.

Also, these muscles, when active, release biochemicals that help break down fatty acids in the blood. When they’re not active, cholesterol builds up in our blood.

This increases the risk of type 2 diabetes and metabolic disease, which in turn affects your heart. This is the case even for people who appear to be healthy.

Previous research has found that getting up and moving around for a few minutes every hour can lessen this risk, improve blood sugar regulation and cholesterol levels.

But these studies were in laboratory settings, and were limited to a couple of days.

This experiment was in the real world

In the new study, from the Karolinska Institute in Stockholm, 16 office workers with obesity, and a higher risk of type 2 diabetes, were fitted with continuous glucose and activity monitors for four weeks.

The first week was a baseline period. The group was then split in two: A control group that continued with their “habitual lifestyle” (uninterrupted sitting as per usual), and the experimental group.

Each day, between 8am and 6pm, the experimental group received smartwatch notifications to break up their sitting with three minutes of low-to-moderate-intensity physical activity every 30 minutes.

The participants walked in halls and up stairs. Some actually marched, some did jumping jacks. The exercise needed to be convenient and tolerable. It was also deemed important that their co-workers weren’t distracted.

At the bare minimum, they had to take at least 15 steps before the app recorded their activity as a break from sitting.

The control group were found to have ongoing problems with insulin resistance, blood sugar control and cholesterol levels.

The experimental group recorded fasting glucose levels that were lower in the morning, which means their bodies better controlled glucose levels at night.

As the authors note: “This intervention may represent the minimal dose for breaking sedentary behaviour, with larger volumes of activity possibly required to promote greater health benefits.”