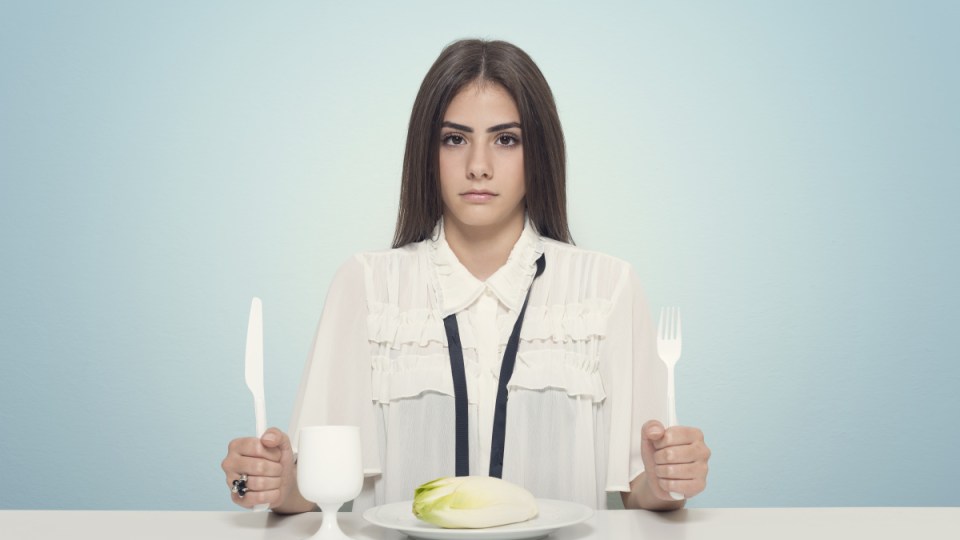 The benefits of intermittent fasting are not equally parcelled out. Some are dependent on age and sex. Photo: Getty

There’s a cream bun in the shop window. But you had one for morning tea. Look away. There’s enough egg in the bread to make the damned thing glow like a daffodil from the inside.

But eggs are good for you. And that tiny dollop of strawberry jam couldn’t hurt a soul. Now, despite the promises you’ve made, you’re slipping. You’re gone. The bun owns your soul.

Later, in regret, you wonder what it will take to get out of this bad marriage you have with food.

The short answer: you probably need to understand yourself, how you behave, and how you meet your needs.

In Australia, behavioural psychologists from the Commonwealth Scientific and Industrial Research Organisation (CSIRO) have been exploring, in a large-scale experiment, the relationship between personality and eating.

More on their findings later, but first, what about good old-fashioned willpower?

If only you had willpower, you’d never eat a cream bun again. Plenty of people still think that way. In academic conversation, the ideas about willpower died years ago.

Way back in 1999, The New York Times reported that willpower was an outdated and largely discredited concept, “about as relevant to dieting as cod liver oil”.

Many doubted that willpower even existed.

The Times wrote: “To attribute dieting success or failure to willpower, researchers say, is to ignore the complex interaction of brain chemicals, behavioural conditioning, hormones, heredity and the powerful influence of habits.”

Telling an overweight person to use willpower “is like telling a clinically depressed person to snap out of it”.

So is willpower really dead?

No. It’s an ongoing argument among psychologists.

The positive psychology movement in April published a long and earnest explainer about willpower and “training the brain for better decisions”.

In 2019, Psychology Today published an article titled ‘How Unhealthy Foods Can Steal Our Willpower’.

The American Psychological Association continues to offer tips on how “strengthen your self control”.

A typical piece of advice is “focus on one goal at a time.”

Here’s the thing:  people are complex

There is no magic prescription involved – it’s all about understanding how people behave, think and feel differently. That’s what CSIRO scientists have determined in a long-running study of diet types.

We all have a diet personality type that is determined by our anxieties, the different ways we assert control and organise our lives, how relaxed or uptight we are etc.

As the experiment has progressed, a more complex, nuanced and personalised analysis has emerged.

In 2017, the CSIRO published the Diet Types study:

“From survey data, the researchers identified the five most common diet personality types found across the surveyed population, including differences in weight status, diet behaviour, gender and generation,” it said.

The Thinker (37 per cent) was the most common Diet Type.

“Predominantly women (86 per cent), Thinkers tend to over-analyse their progress and have unrealistic expectations. This can result in a sense of failure and derail a diet,” the CSIRO explained.

There was also the Craver, the Socialiser, the Foodie, and the Freewheeler.

The CSIRO this week published an update to the 2017 study. Based on a study of 245,000 Australians, the researchers identified 325 possible Diet Type personality combinations.

This indicates the diet type strategy has moved a long way from the magic bullet strategy and closer to a personalised fix for healthier eating.

The six most common diet types identified in the new research, which represented over half the study sample, include:

The Battler (12.8 per cent) – likely to experience regular food temptation as well as being prone to stress and worry. ‘Battlers’ require some unique strategies to help them break the cycle and achieve long-term success in their diet journey. Nine in 10 Battlers are female.

The Craver (7.3 per cent) – likely to experience strong food cravings that may lead to overeating in ‘tricky’ food-related settings. Cravers had the highest Body Mass Index of all types.

The Pleaser (7.1 per cent) – likeable and friendly but can also be sensitive to social comparisons which can make them feel like they are not doing well. They are likely to have many people to call upon to support them along the way.

The Foodie (5.9 per cent) – passionate about all things food including the experience of preparing and eating good quality meals. Foodies love variety and have the best diet quality of all Types. Men often identify as Foodies.

The Socialiser (4.8 per cent) – a people-person who needs flexibility to make sure strict food restrictions don’t stifle social occasions or ‘kill the mood’ of an event.

Emily Brindal is CSIRO Group Leader Public Health and Wellbeing. And she’s one of the psychologists who were interviewing Australians.

In an email Dr Brindal said:

“The initial concept for Diet Types was that some of the broader parts of who you are (your dispositions) are also likely to be related to how you approach dieting.

“Like, if you are organised and conscientiousness… diets that have lots of great planning tools will work better for you.”

She said the success of the study came from asking lots of questions.

“Some personality assessments are over 200 items. It was a great challenge to develop something accessible, short and engaging without losing out on the depth,” she said.

‘I am not afraid’: The modern unknown soldier risks it all in Ukraine
Energy market reform will be a big boost for emissions reductions: Chris Bowen
Greens sign up for Labor’s looming jobs-and-skills summit as Liberals stick with boycott
Joe Biden’s $430b green victory for the environment
China cementing its Thailand ties with joint military exercises
NRL: Titans frantic to end 10-game losing streak as Manly showdown looms
‘Explant surgery’: Why more and more women are deciding less is more
Today's Stories

From ‘thinkers’ to ‘cravers’: How our personalities dictate diet outcomes