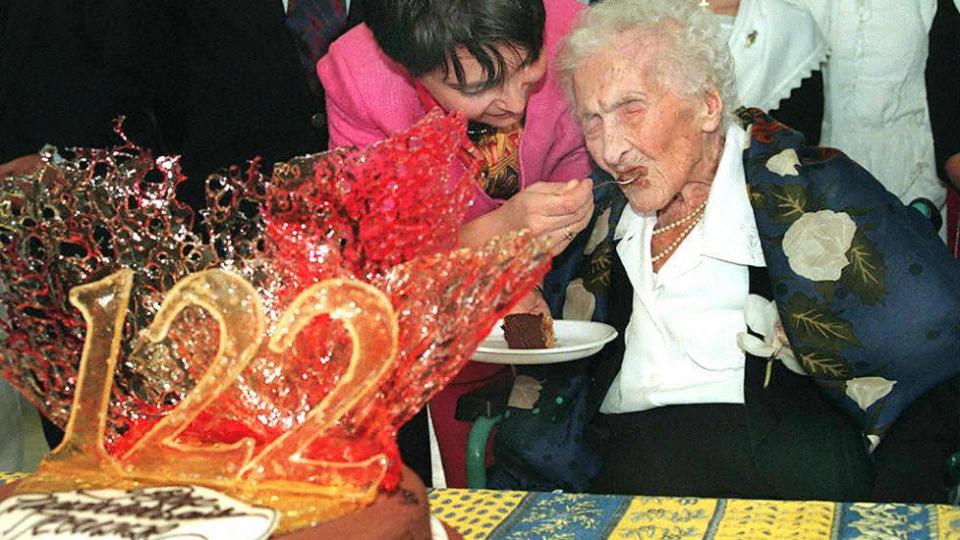 Keen to live for a thousand years?

Cambridge theorist Aubrey de Grey has been arguing, since the turn of the century, that people born today will live, on average, for an entire millennia.

He’s betting on cancer of all sorts being cured, of cellular mutations and damage being contained – and of ‘garbage truck’ remedies being developed that will clean up the bits of rubbish that accumulate between and inside our cells that lead to dysfunction and decay.

Dr de Grey was about 40 when he first came to public attention with seven steps to curing ageing – and his desire to live for hundreds of years, playing board games.

He’s now pushing 60 – and while mice have had their lives experimentally tripled, and cancer survivability is improving, the human crawl toward immortality is a very slow one.

The increasing number of people making a century has led to hilarious claims that 100 is the new 80.

The more significant statistic is the number of ‘supercentenarians’ – people who live to 110 or longer.

There are about 50 of those that have been verified. The odds of joining this wrinkly and crippled club is one in seven million.

The world’s verified oldest person, Jeanne Calment, was 122 when she died in a French nursing home in 1997.

The world’s verified oldest person is Kane Tanaka, 118, of Japan.

There have been only about 20 people verified to have reached 115 and beyond.

They’re a group that are pushing the boundaries of human longevity, rather than blazing a trail that most people will eventually follow.

How far can they go?

According to statistical modelling from the University of Washington (UW), Ms Calment’s record will almost certainly be broken by the end of the century.

No fixed limit, some scientists argue

There are two scientific schools of thought about longevity.

As a 2018 paper in Nature observed: “The consensus holds that the risk of death steadily increases in adulthood, up to about age 80 or so. But there’s vehement disagreement about what happens as people enter their 90s and 100s.”

Some scientists looking at demographic data (how the population ages) have concluded “that there is a fixed, natural ‘shelf life’ for our species and that mortality rates keep increasing”.

Others have looked at the same data and see something stranger, and more exciting: That the death risk “flattens out in one’s ultra-golden years, and therefore that human lifespan does not have an upper threshold”.

This is largely research based on statistics, not biology.

There are so few people who live beyond 115 to provide clinical evidence of a some inbuilt longevity factor.

In the new study, lead author Michael Pearce, a UW doctoral student in statistics, and Adrian Raftery, a professor of sociology and statistics, set aside the big picture (the evolving lifespan of human beings) to ask “what the longest individual human lifespan could be anywhere in the world by the year 2100”.

Using Bayesian analysis, where probability is applied to statistical problems, the researchers estimated that the world record of 122 years “almost certainly will be broken, with a strong likelihood of at least one person living to anywhere between 125 and 132 years”.

For this they used data from the International Database on Longevity, created by the Max Planck Institute for Demographic Research.

That database tracks supercentenarians from 10 European countries, plus Canada, Japan and the United States.

The UW researchers created projections for the maximum reported age at death in all 13 countries from 2020 through 2100.

Researchers estimated near 100 per cent probability that the current record of maximum reported age at death – Calment’s 122 years, 164 days – will be broken.

The probability of a person living longer, to 124 years old is 99 per cent.

There’s a good chance they could live to 127 years old (68 per cent probability).

An even longer lifespan “is possible but much less likely”, with a 13 per cent probability of someone living to age 130.

However, it is “extremely unlikely that someone would live to 135 in this century”.

“It doesn’t matter how old they are, once they reach 110, they still die at the same rate,” Dr Raftery said.

“They’ve gotten past all the various things life throws at you, such as disease. They die for reasons that are somewhat independent of what affects younger people.

“This is a very select group of very robust people.”

Long crawl to immortality: New ‘oldest person’ record by end of the century