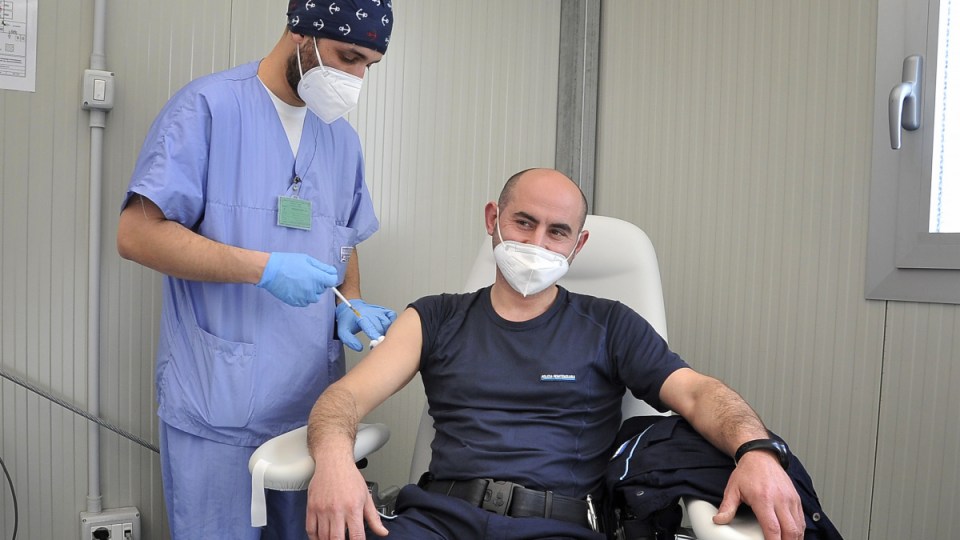 Increasingly, people are being given two different sorts of vaccines for logistical reasons. Photo: Getty

Most Australians will receive either the Pfizer or AstraZeneca vaccine, even despite changing advice following rare blood-clotting side effects.

Now a new complication is emerging: What if the best option, for gaining the greatest immunological response, is to take both vaccines, one dose of each?

This isn’t a new idea, but most research has been in animals or pre-clinical trials (using human cells) with potential HIV or universal flu vaccines.

Often, but not always, researchers found the immune response was stronger when two different sorts of vaccines were used.

However, staging full-blown human clinical trials of this strategy – known as heterologous prime-boost – has so far been too expensive and difficult.

But in the age of COVID-19, well-funded research possibilities abound.

And, as a University of Melbourne researcher told The New Daily, with vaccines going in and out of favour, we can expect to see large numbers of people being given two different vaccines, because logistics will demand it.

How did this possibility emerge?

In a bid to keep their vaccination program moving, UK health authorities in January made an order that appeared to smack of desperation: if people were due for their second shot of vaccine, and if their initial vaccine wasn’t available, they were to receive whatever type of COVID-19 vaccine was on hand.

So if you’d initially had the AstraZeneca jab, but couldn’t access AstraZeneca for the booster shot, then you’d receive the Pfizer vaccine instead.

There was no evidence this strategy would work with COVID-19 vaccines, or that it would be safe.

But a month later, Oxford University began a world-first clinical trial with volunteers to see how well mixing and matching COVID vaccines would work.

Scientists around the world are waiting with keen interest for the results to come in – though European regulators are already forging ahead with plans to adopt the strategy.

Last week, French health regulators responded to AstraZeneca’s blood-clotting issue by recommending that people under the age of 55 who have received their first dose of AstraZeneca should get Pfizer or Moderna for their second shot.

Germany is taking the same route for people under 60 who have received one shot of the AstraZeneca.

It’s unclear what kind of useful data is being gathered from these French and German experiments – probably not a lot, and unlikely without the rigour of a clinical trial structure.

Dr Adam Wheatley is a senior research fellow specialising in microbiology and immunology at the University of Melbourne.

He leads a research team that investigates particular mechanisms to generate broad and lasting antibody-based protection from infectious viral diseases.

Dr Wheatley said that because COVID-19 vaccination is “a fast-moving space, with vaccines coming in and out of favour and safety signals cropping up, I think there’s going to be a large number of people that [are] eventually given two different shots just based on other logistics, or changing vaccine advice”.

He said that in the real world of pandemic conditions: “There’s the idea that you get hold of whatever you can and immunise as many people as you can. And then you get whatever you can for the second booster shot.”

He said this wasn’t being driven by any scientific insights as to what would be the optimal approach, but previous research suggests that heterologous prime-boost may deliver better immunity.

Dr Wheatley said a lot of research came out of developmental efforts for HIV and universal influenza vaccines.

He said: “There’s been a lot of experimental work done in animal models and all the way up to pre-clinical trials that have established that when you change the vaccine modality between the prime and the boost you often, but not always, get a greater elicitation of an immune response than you would if you just gave two shots of the same single agent.”

In a simplistic sense, is it a bit like catching the immune system by surprise?

“There are various theories about why it might work. One of them is, you’re using two different pathways to tickle the immune response.”

So, when you deliver the first vaccine (such as the Pfizer based on mRNA technology) it might “alarm some parts of the immune system”.

If you follow it up with AstraZeneca (what’s known as an adenovirus vaccine vector), that might stimulate slightly different arms of the immune system.

“The thinking is that by mixing and matching two different vaccine platforms, you broaden the range of immune cells that get recruited into that vaccine response and you end up with a more potent response to that vaccine,” Dr Wheatley said.

Another reason for using two different types of vaccine, he said, is that the body develops an immune response against the vaccine itself – and a second dose will tend to be less effective.

Mix and match: Having two different vaccines may give you better immunity