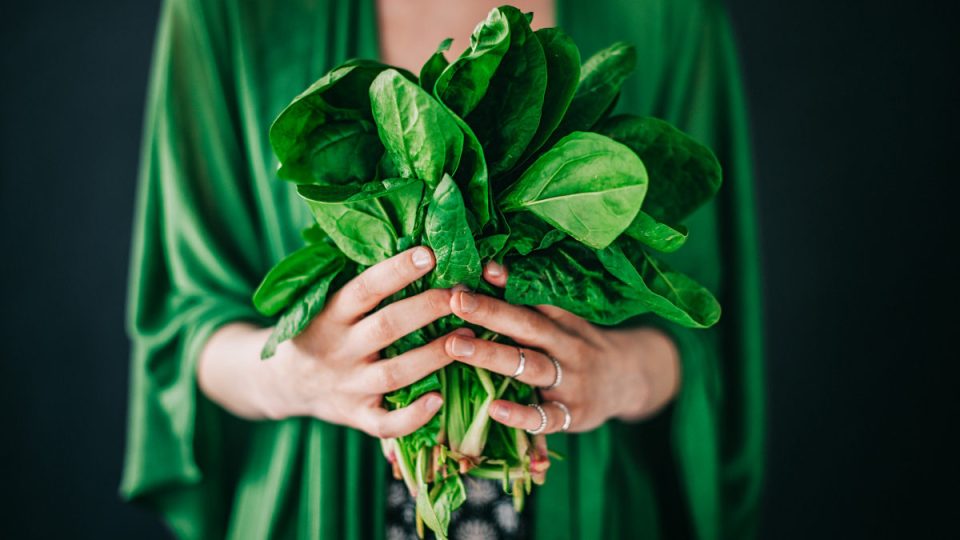 From kale to spinach, loading up on leafy greens is the way to go. Photo: Getty

“I’m strong to the “finich”, ’cause I eats me spinach,” sang famous fictional sailor, Popeye.

New Australian research has found that eating just a handful of leafy greens each day could supercharge your muscles.

Adding as little as one cup of leafy green vegetables to your diet each day could be enough to boost muscle function, according to a study by researchers from Edith Cowan University (ECU) published in the Journal of Nutrition on Thursday.

Leafy green vegetables are rich in nitrates, and researchers found that people who ate a diet rich in the naturally occuring compounds had significantly better muscle function of their lower limbs than those who didn’t.

The findings are valuable because poor muscle function is associated with a host of health problems including greater risk of falls and fractures.

Those who regularly ate nitrate-rich foods had 11 per cent better lower limb strength than those with the lowest levels of nitrate intake and up to 4 per cent faster walking speeds.

“Our study has shown that diets high in nitrate-rich vegetables may bolster your muscle strength independently of any physical activity,” said the study’s lead researcher Marc Sim, of ECU’s Institute for Nutrition research.

Bolstering muscle function is considered vital for good overall health, and is especially important for maintaing bone strength in later life, he said.

“With around one in three Australians aged over 65 suffering a fall each year, it’s important to find ways of preventing these events and their potentially serious consequences,” Dr Sim said.

While most people know that vegetables are good for them, nitrate-rich leafy greens could be the best of the best.

From kale to lettuce and even beetroot leaves, the ECU researchers found that leafy greens provided the greatest health benefits.

And Australians should be aiming to add more of them to their plates.

“Less than one in ten Australians eat the recommended five to six serves of vegetables per day,” Dr Sim said.

“We should be eating a variety of vegetables every day, with at least one of those serves being leafy greens to gain a range of positive health benefits for the musculoskeletal and cardiovascular system.”

Actually eating your greens is also superior to simply popping a vitamin pill.

“It’s also better to eat nitrate-rich vegetables as part of a healthy diet rather than taking supplements,” Dr Sim said.

‘Resistance‘: Sky News envisions climate revolt in election reaction
Jurors deliberate after lawyers give closing arguments in Depp-Heard defamation trial
Dozens of tourists injured, 12 seriously, in WA boating accident at Horizontal Falls
Biloela family to return home to ‘big-hearted’ Qld town
G7 nations vow to quit coal – but they won’t put a date on it
Brisbane mum gets five years for hanging tot from clothesline
When should I get a flu shot, and can I get it on the same day as the COVID vaccine?
Today's Stories

Popeye was right: Why we should all be eating more leafy green vegetables