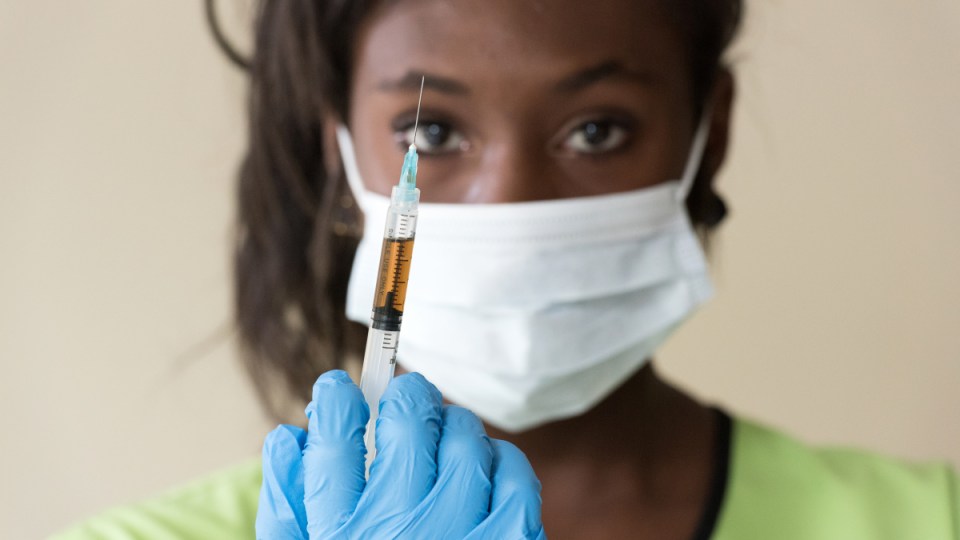 A long-lasting injectable drug was found to be 89 per cent more effective at preventing HIV in African women than a daily pill. Photo: Getty

A large clinical trial of African women has led to a major breakthrough in the prevention of HIV – a long-lasting injectable drug that, according to Science, “acts like a short-term AIDS vaccine.”

The new drug, Cabotegravir, has been found to be 89 per cent more effective at preventing HIV than the pill Truvada – a combo of two antiretroviral compounds that stands as the standard regimen for pre-exposure prophylaxis (known as PrEP).

A generic form of Truvada is available on the Australian Pharmaceutical Benefits Scheme.

How did the trial work?

The trial included 3223 women aged 18 to 45 years old – all deemed at risk of acquiring HIV infection across seven countries in sub-Saharan Africa.

Half the women were given an injection of cabotegravir every eight weeks – and were also given a placebo pill daily.

The other half received a placebo injection and a daily Truvada pill.

The injection was nine times more effective at preventing HIV infection than the pill.

Results so startling that the trial was stopped early

The results were so overwhelmingly clear, that the Phase III trial was ended prematurely and preliminary results were made public last month.

The news came after a similar study testing the injection in men and transgender women was stopped in July after it found that incidence of HIV was 66 per cent lower in those who received the cabotegravir injection.

According to a piece in The Conversation by one of the researchers, women make up more than half of the people living with HIV around the world.

Young women between the ages of 10 and 24 are twice as likely to get HIV as young men in the same age group. In East and Southern Africa young women will acquire HIV on average five to seven years earlier than their male peers.

A statement from the World Health Organisation said: “A long-acting PrEP product could offer a better choice for women at substantial HIV risk who either do not want to take or struggle with taking a daily tablet.

“These results do not contradict evidence showing that consistently using oral PrEP is highly effective as has been demonstrated in several trials. However, adhering to the daily dosing schedule is important. Even short lapses in taking oral PrEP can reduce the protection from HIV acquisition.”

Girls also account for five out of six new infections among adolescents aged 15 to 19 years old in the sub-Saharan region, according to data from UNAIDS.

“These results are hugely significant. UNAIDS has long been calling for additional, acceptable and effective HIV prevention options for women, and this could be a real game-changer.

“If donors and countries invest in rolling out access of injectable PrEP (cabotegravir) to women at higher risk of HIV, new infections could be dramatically reduced.”

Dr Anthony Fauci – the leading infectious disease expert in the US – is almost as famous for his early work in HIV AIDs as he is for standing up to Donald Trump in America’s losing war against the coronavirus.

In a briefing, Dr Fauci described the cabotegravir trial results as “a major, major advance … One of the stumbling blocks in our prevention [of HIV] has been the inconsistency or lack of efficacy of pre-exposure prophylaxis in those who need it the most. Namely young women, particularly those in southern Africa.”

Last year, an additional 1.7 million people were infected with HIV globally. Roughly one million of them were in Africa.

According to a report from NPR, cabotegravir is already approved in Canada for treatment of HIV as part of a combination drug therapy sold under the brand name Cabenuva.

ViiV Healthcare, the company that developed cabotegravir, plans to seek regulatory approval from the US Food and Drug Administration for the drug both as pre-exposure prophylaxis and as a treatment in the first half of 2021. This could pave the way for its use in low-income countries.

No more pills every day: New injection for HIV ‘acts like a short-term AIDS vaccine’