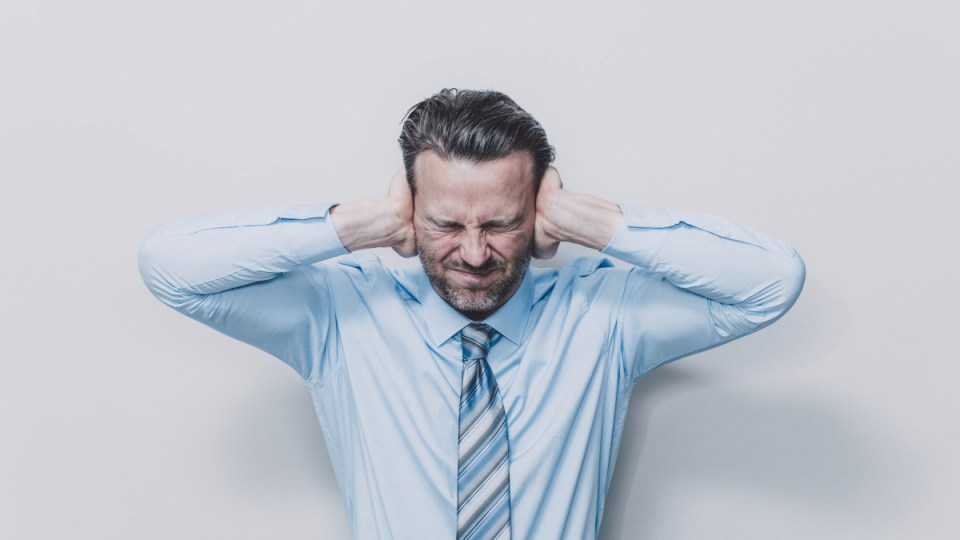 The stress of locked-down life under COVID-19 has worsened some people's tinnitus. For others it was the disease itself. Maybe. Photo: Getty

Every week we hear that COVID-19 is suspected of causing yet another potential long-term side effect – Parkinson’s disease, inflammation of the heart muscle, acute kidney injury and hair loss are among those named so far.

Add to that, the perception of ringing in the ears and deep inside your head. In most cases, tinnitus is an auditory hallucination or phantom experience, a little like feeling pain where a missing limbs used to be.

A new study of more than 3000 people from 48 countries found that “40 per cent of those displaying symptoms of COVID-19 simultaneously experience a worsening of their tinnitus.”

According to a statement from Anglia Ruskin University, the study focused on people with pre-existing tinnitus – but a small number of participants reported that “their condition was initially triggered by developing COVID-19 symptoms, suggesting that tinnitus could be a ‘long COVID’ symptom in some cases.”

Some COVID-19 complications related to stress

The new study also found that “a large proportion of people believe their tinnitus is being made worse by social distancing measures introduced to help control the spread of the virus.”

According to the Anglia Ruskin University statement:

“Internal worries such as fear of catching COVID-19, financial concerns, loneliness and trouble sleeping have contributed to making tinnitus more bothersome for 32 per cent of people overall, with external factors such as increased video calls, noisier home environments, home schooling and increased coffee and alcohol consumption also cited by respondents.”

Females and the under-50s found tinnitus significantly more bothersome during the pandemic.

What have other researchers found?

A 2011 study from Georgetown University Medical Centre found that tinnitus appears to be “produced by an unfortunate confluence of structural and functional changes in the brain” – brought about by age-related hearing loss, accident or over-exposure to loud sounds.

The researchers say that the phantom ringing sounds “are caused by brains that try, but fail to protect their human hosts against overwhelming auditory stimuli.”

The researchers suggest that the absence of sound caused by hearing loss in certain frequencies “forces the brain to produce sounds to replace what is now missing.”

When the brain’s limbic system, which is involved in processing emotions and other functions, fails to stop these sounds from reaching conscious auditory processing, tinnitus results.

A 2017 study from the University of Illinois also found that chronic tinnitus is associated with changes in certain networks in the brain, and furthermore, “those changes cause the brain to stay more at attention and less at rest.”

An earlier study from the same Illinois researchers found that people with tinnitus who are “less bothered by their symptoms use different brain regions when processing emotional information.”

How is this helpful? It suggests people could retrain their brains to better cope with the symptoms and the attendant emotional complications.

This idea is supported by 2018 research from the University of Bath that found a cognitive based therapy, involving mindfulness, was helpful for sufferers.

Not even your hearing is safe: COVID-19 worsens tinnitus and may be a trigger