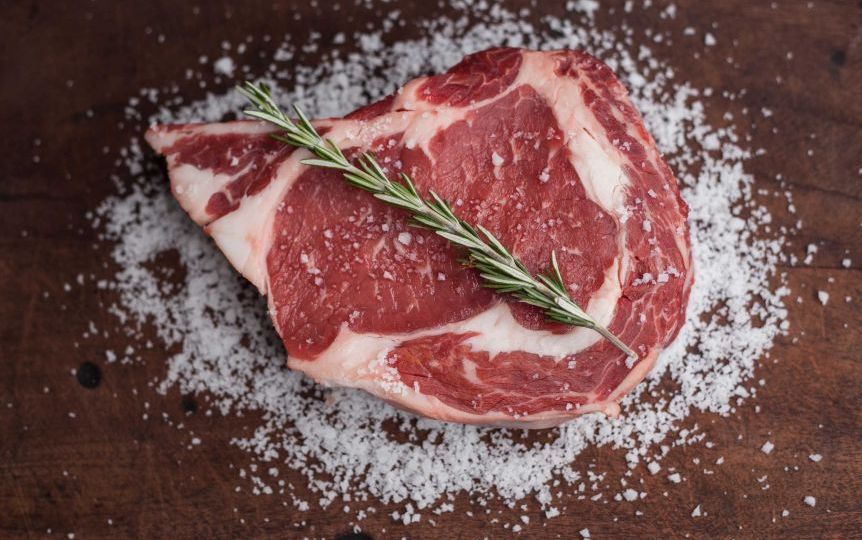 Some traditional diets are almost exclusively meat. But does that make them healthier? Photo: Unsplash

You might have seen celebrities endorsing meat-only diets, claiming it’s cured them of chronic diseases and, of course, helped them stay lean.

To people who are tuned in to health research, these diets seem … iffy.

They certainly go against the Australian dietary guidelines that prioritise fruit, vegetables and grain foods, and recommend limiting animal products to a couple of serves a day.

And for some people, eating meat or even any animal products is absolutely off the table for ethical or environmental reasons.

But let’s say you did choose to follow an all-meat diet. Would it be possible to get everything you need from it? And how new is this idea really?

The carnivore diet takes the low-carbohydrate approach of paleo, keto or Atkins to a new level, cutting out everything but animal products.

There are variations: some people eat only beef, some eat a wider variety of meat, and whether cheese and butter are on the menu also varies between followers.

But if we approach the question from strictly a health perspective, is it even possible to get all the nutrients your body needs from only animal products?

The answer is yes, or pretty close to it, says Veronique Chachay, a nutrition scientist from the University of Queensland.

She put versions of a carnivorous diet through dietary composition analysis software and found that, depending on the particular mix of animal foods included, pretty much all the necessary vitamins and minerals were accounted for.

Ticking the boxes on nutrients is only part of the story. We know that fibre is important for digestive health and fostering a diversity of health-promoting gut bacteria – and fibre is notably absent in carnivorous diets.

So experts are keen to know more about the science of why some people report feeling good on such diets, even after following them for a long time.

But we don’t know much about the long-term impacts of this diet, and scientists are calling for more research.

Lessons from the Inuit diet

The Inuit – First Nations people from northern North America – have a traditional diet made up almost exclusively from animal products.

They’re often held up as evidence that a carnivorous diet can be healthy. So what does the Inuit diet actually look like?

Researchers in 2004 conducted surveys in 18 Indigenous communities in Canada where people followed the traditional diet, or pretty close to it.

They found community members ate well over a kilogram a day of animal products, and between 28 and 160 grams a day of plant foods.

The research shows it is possible to thrive on a very animal-heavy diet, says Clare Collins, a professor of nutrition and dietetics at the University of Newcastle.

“With some of those nutrients, because they ate a lot of those foods, they could meet their requirements.”

But Inuit people aren’t particularly long-lived. And while the factors that affect life expectancy are hard to tease out, especially when studying First Nations people during modern times, Professor Collins says big drivers do come from diet.

“Life expectancy is not high and they have very high rates of some cancers. It’s partly attributable to their genetics. And that’s exacerbated by a really high salted, smoked food diet.”

In contrast, the traditional diets of the longest-lived peoples in the world have very high vegetable intake, she points out.

“And that’s the big thing that people don’t really want to want to look at.”

The myth of the one optimal diet

As with many fad diets, proponents of the carnivore diet often hold it up as the ideal way to eat.

And that’s simply not true, Dr Chachay says, because there is no one optimal diet.

We humans are similar to each other, but we’re not clones. We have genetic differences. And just like some humans can digest the lactose in milk and others can’t, it could be there are other differences that explain why some people report that they thrive on a carnivorous diet.

Dr Chachay’s research deals in part with the potential for personalised diets based on an individual’s unique genetic makeup, and even the makeup of their microbiome. We’re not there yet, but she hopes to see it begin to happen in the near future.

“We will be able to tailor diets and ideal ratios of the micronutrients that would fit with the optimal health for the individual.”

And, while the evidence around carnivore diets is sparse, she suspects it may be the case that for some individuals, it works for their bodies.

“What I’m interested in knowing is, these people that practise it, obviously they didn’t die after a year. They didn’t lose their hair. They didn’t start to become completely crazy. They are functioning,” she says.

“There’s going to be some mechanism behind the scene.”