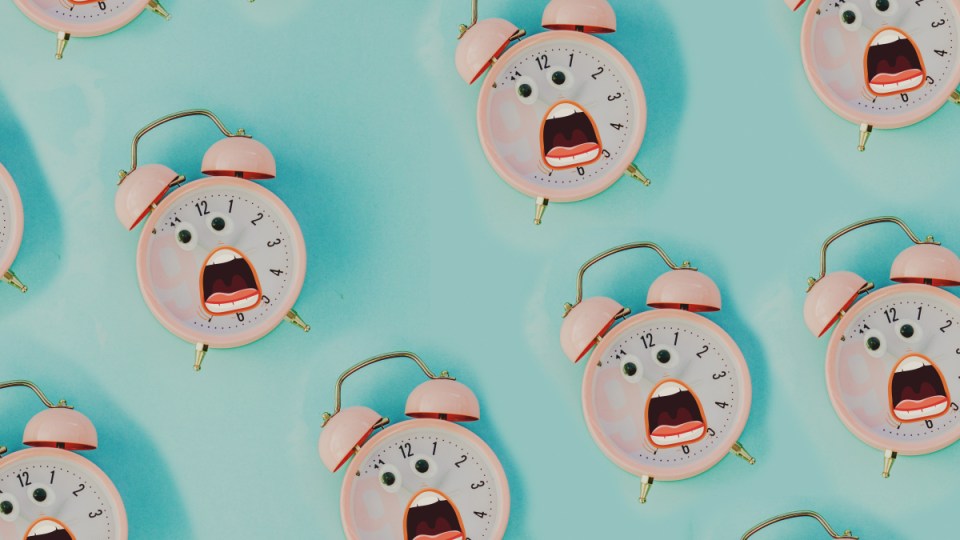 20 US public health organisations have called for Daylight Saving Time to be scrapped for the sake of national wellbeing. Photo: Getty

At 2am on Sunday, October 4, Australians will put their clocks forward by one hour, except for those in Queensland, Western Australia, the Northern Territory, Christmas Island, and the Cocos Islands.

Some have argued that an “extra hour of daylight fades the curtains.”

There is of course no extra hour, but merely a re-setting of the clock that means we get up an hour earlier. This means, at the end of the working day, we’re afforded more sunlight to enjoy down at the park or on the beach.

No harm done on the face of it, you’d say. Except, there is mounting evidence suggesting that DST, and the attendant tinkering with our circadian rhythms, is putting us at serious risk of physical and mental health problems. And more car crashes.

The statement was endorsed by 19 US public health organisations, including the National Safety Council and

None of this is new

The transition time – the period when we’re adjusting to getting up earlier, and then again, later – has long been identified as the cause of our problems. The thinking was, that if you can survive the first couple of weeks and reset your clock, no harm done.

But in 2019, researchers from Vanderbilt University Medical Center found that the “annual transition to and from daylight saving time (DST) has clinical implications that last longer than the days where clocks ‘fall back’ or ‘spring forward.'”

The researchers noted that “over time, DST eliminates bright morning light that critically synchronises biologic clocks, which can be associated with increased risk of heart attack and ischemic stroke, as well as other negative effects of partial sleep deprivation.

“Average sleep duration shrinks by 15 to 20 minutes for adults during DST transitions, which may also increase the risk of fatal accidents.”

Lead author of the paper is Dr Beth Ann Malow, Burry Chair in Cognitive Childhood Development, and professor of Neurology and Pediatrics in the Sleep Disorders Division at Vanderbilt University Medical Center. In a prepared statement she said:

“People think the one-hour transition is no big deal, that they can get over this in a day, but what they don’t realize is their biological clock is out of sync.

“It’s not one hour twice a year. It’s a misalignment of our biologic clocks for eight months of the year. When we talk about DST and the relationship to light, we are talking about profound impacts on the biological clock, which is a structure rooted in the brain. It impacts brain functions such as energy levels and alertness.”

A small sample of the research

A 2017 study from Boston University Medical Center found that daylight savings “contributes to higher miscarriage rates among women undergoing IVF who had had a prior pregnancy loss according to new research.”

A 2016 Danish study found the number of people diagnosed with depression at psychiatric hospitals increases “immediately after the transition from daylight saving time to standard time.”

A 2016 study found that sleep-deprived judges in the United States “tend to give defendants longer sentences the day after switching to daylight saving time compared with other days of the year.”

Research presented at the American Academy of Neurology’s 68th Annual Meeting in Vancouver, April 2016, found that turning the clock ahead or back one hour during daylight saving time transitions “may be tied to an increased risk of ischemic stroke, but only temporarily.”

Ischemic stroke is the most common kind of stroke, accounting for 87 percent of all cases. It is caused by a clot blocking blood flow to the brain.

A 2012 study from the University of Alabama at Birmingham found that
the “Monday and Tuesday after moving the clocks ahead one hour …  in March is associated with a 10 percent increase in the risk of having a heart attack.”

A 2012 study from Penn State University found that the annual shift to daylight saving time and the attendant loss of sleep “cause employees to spend more time than normal surfing the Web for content unrelated to their work, resulting in potentially massive productivity losses”.