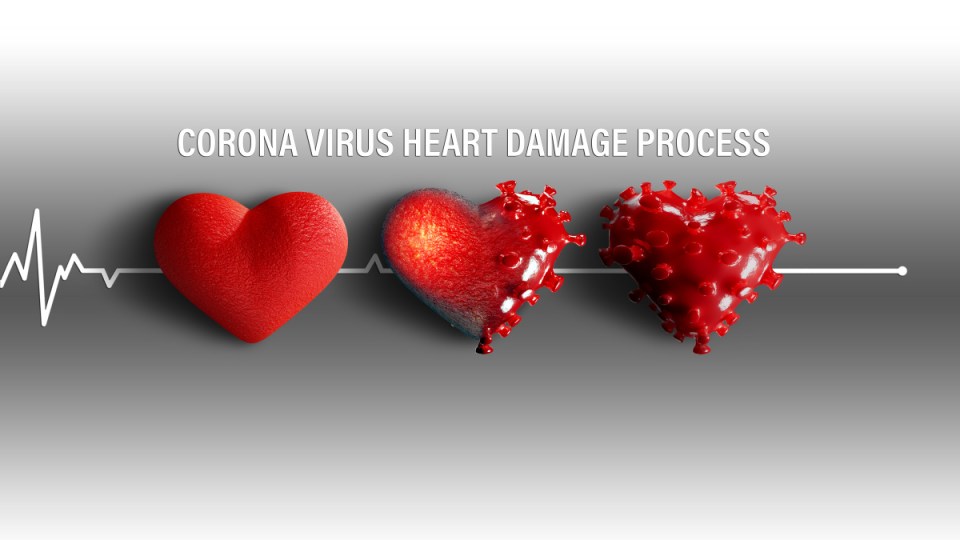 There is growing evidence that COVID-19 isn't always primarily a respiratory disease. Many patients are showing heart damage. Photo: Getty

An international survey of heart scans in people treated for COVID-19 found that 55 per cent of patients had an abnormality.

One in seven patients were found to have severe abnormalities.

The study adds further evidence to the emerging picture of COVID-19 as a disease of the vascular system in a significant number of cases, and not always primarily a respiratory disease.

It also suggests that a significant of COVID-19 patients will need to be monitored and assessed for permanent damage to the heart.

And it raises questions about the extent to which COVID-19 is a disease you may not fully recover from.

How was this discovered?

The research is from a team at the Centre for Cardiovascular Science, University of Edinburgh, UK.

The patients came from 69 countries across six continents.

They were all presumed or confirmed cases of COVID-19 when the echocardiograms were taken (between April 3 and April 20).

An echocardiogram uses ultrasound to show how your heart muscle and valves are working.

About three-quarters of the patients (901 of them) had no pre-existing cardiac disease.

But 46 per cent of their echocardiograms were abnormal, and 13 per cent were found with severe disease.

According to the study:

Study co-author Marc Dweck, consultant cardiologist at the University of Edinburgh, U.K., said in a statement: “COVID-19 is a complex, multi-system disease which can have profound effects on many parts of the body, including the heart.

“Many doctors have been hesitant to order echocardiograms for patients with COVID-19 because it’s an added procedure which involves close contact with patients.

“Our work shows that these scans are important – they improved the treatment for a third of patients who received them.”

He said researchers now need to investigate “the exact mechanism of this damage, whether it is reversible and what the long-term consequences of COVID-19 infection are on the heart”.

Last month, The New Daily reported on a study that found the SARS-CoV-2 virus can directly infect and inflame the endothelial cells that line the inside of blood vessels.

Damage to these cells, which play a protective role to the body, was found in all major organs, including the heart.

Coronavirus concern: More than half of all COVID-19 patients found to have damaged hearts